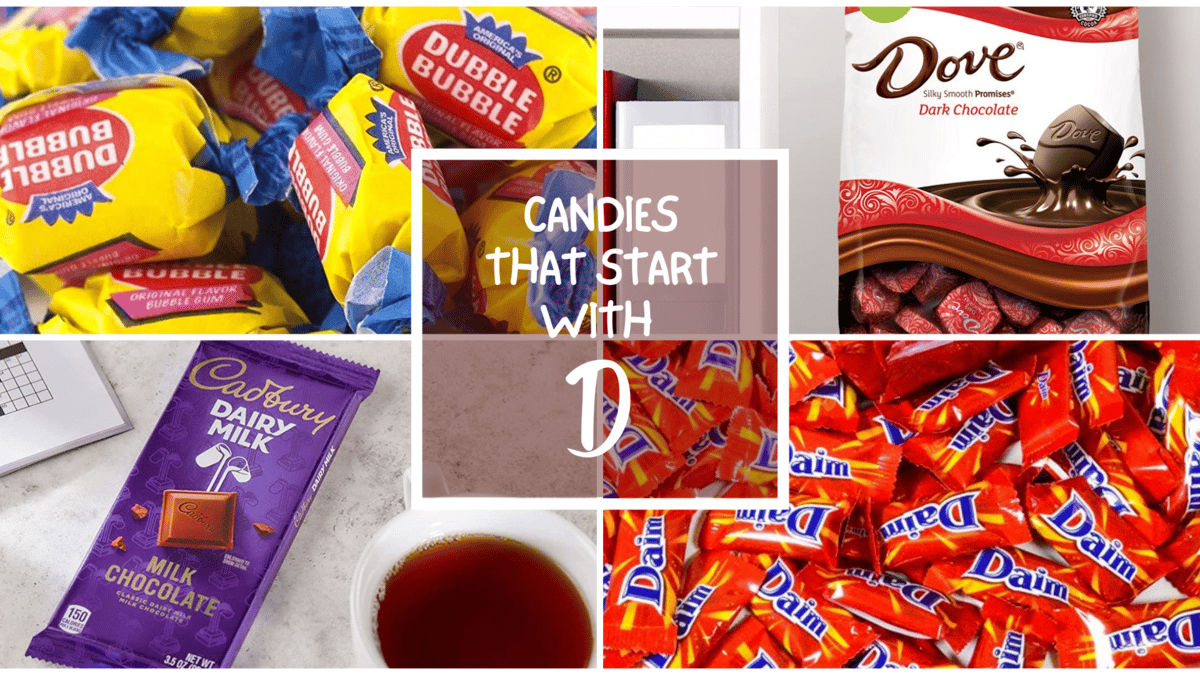 What’s not to love about candy? Can you think of a single bad memory you have associated with candy? You likely can’t because we tend to eat candy in good times: out of the candy dish at a party or plucked out of a piñata explosion. If you’re looking to recreate the blissful feelings and memories you associate with your favorite sweet treat, check out the delectable D candies.

Inspired by the American Heath bar, the Daim bar was a Swedish invention that came out in 1953. Daim remained a strictly European confection until it was purchased by the American corporation Kraft Foods in the mid-90s. Essentially, a Daim bar is a crunchy, almond and caramel filling covered in milk chocolate. Over the years there have been other variations of this flavor profile including white chocolate, dark chocolate, coke, blueberry, and mint among others.

Unlike similar candy bars, the Daim bar is thin and delicate while the center is super crispy. Some of the primary ingredients in Daim bars include sugar, palm oil, cocoa, almonds, and milk fat. One standard-sized Daim bar contains 35 calories, two grams of fat, nearly four grams of sugar, and close to zero dietary fiber or protein.

The Dairy Milk candy bar was introduced in the UK in 1905 and was originally called the Cadbury Caramel. Of note, it’s manufactured by the Cadbury Candy Company in the UK and Hershey in the US. As a result, Dairy Milk bars are available in many places around the world. The Dairy Milk bar is made up of 12 bite-sized chocolate squares. What makes Dairy Milk different from other milk chocolate bars is that they’re made with extra fresh milk in every recipe. The fresh milk gives them a smoother and creamier taste that’s simply irresistible.

Though the plain milk chocolate Dairy Milk bar is the most popular, it’s also available in varieties that incorporate bits of Daim, nuts, chopped fruit, Oreo, and caramel. The main ingredients in the original Dairy Milk bar include cocoa, milk, sugar, and artificial flavors. Concerning dietary restrictions, Dairy Milk is kosher but is processed in a plant that also processes almonds. Finally, each serving, which is approximately two-and-a-half squares, of Dairy Milk has 200 calories, 11 grams of fat, 22 grams of sugar, three grams of protein, and one gram of dietary fiber.

DOTS are colorful and flavorful jelly candies that are drop-shaped and delicious. Launched by Tootsie Roll Industries in 1945, DOTS has been the best-selling gum drop brand since that time. One of the greatest appeals of DOTS is that they’re suitable for just about anybody; not only are they kosher, but they’re gluten-free, dairy-free, vegan, nut-free, and peanut-free. A box of original DOTS comes in an assortment of colors and flavors including cherry, orange, lime, lemon, and strawberry.

Although the classic DOTS are arguably the most popular, spin-off varieties over the years have included Sour DOTS, Tropical DOTS, and Yogurt DOTs. Over the years, there have also been other seasonal and holiday-specific varieties like Ghost Dots and Christmas Dots to name a few. A favorite movie theater candy, DOTS is made of corn syrup, sugar, and a combination of natural and artificial fruit flavors. Lastly, a single serving of DOTS, which is approximately eight pieces, contains 100 calories and 15 grams of sugar, though they’re not a significant source of fat, dietary fiber, or protein.

Not only does Dove Chocolate come in the standard candy bar size and shape, but they also come in bite-sized bits and ice cream bars too. The key ingredients in the original milk chocolate variety are sugar, cocoa, skim milk, and soy. A single serving Dove Chocolate bar contains 170 calories, 10 grams of fat, 18 grams of sugar, and two grams of protein.

Developed in 1928 at the Fleer Candy Company in Philadelphia, Pennsylvania, Dubble Bubble is historically the first bubble gum ever made. Dubble Bubble was a hit shortly after coming out; it was even distributed in soldiers’ rations during World War II. Today, Dubble Bubble is manufactured by Tootsie Roll Industries and continues to be marketed in its sugary, pink wad that’s twist-wrapped in the iconic yellow and blue wax paper. Notably, Dubble Bubble has a series of popular bubble gum varieties, many of which are commonly found in bubble gum machines, including rainbow, sour, watermelon, and green apple to name a few.

Originally manufactured by Akron Candy in Ohio, Dum Dum lollipops first came out in 1924. These tiny, round lollipops have been a household name ever since. Since 1953, Dum Dums have been manufactured by Spangler Candies, also in Ohio. A popular goodie bag treat, centerpiece embellishment, and customer service freebie, Dum Dums are iconic. Notably, original Dum Dums come in a variety of flavors including blue raspberry, cherry, cream soda, and root beer among others.

In addition to the original flavors, Dum Dums come in limited edition flavors like dragon fruit and heart pops. Like many lollipop recipes, Dum Dums are made of sugar, corn syrup, and citric acid as well as artificial flavors. Lastly, every three Dum Dum lollipops contain 60 calories and 10 grams of sugar though they’re not a significant source of fat, dietary fiber, or protein.

Double Decker candy first came out in the UK in 1976. This British chocolate bar is manufactured by Cadbury and is named for the popular double-decker buses that grace the roads of the UK. Just like the buses for which they’re named, Double Decker candy bars have two massive decks or layers. The candy bar has two distinct layers; the base layer is a crispy cereal confection topped with a second layer of velvety nougat. Both Double Decker layers are coated in a decadent milk chocolate overlay.

Besides the original, full-size candy bar, Double Deckers come in a smaller, bite-sized variety called Dinky Deckers. Moreover, the primary ingredients in this sensational British candy bar are sugar, glucose syrup, wheat, and milk powder to name a few. To conclude, a full standard-sized Double Decker contains 250 calories, 10 grams of fat, 30 grams of sugar, just over two grams of protein, and less than a gram of dietary fiber.

Though there are some rather popular candy selections beginning with the letter D, there are also many underdogs as well. From record-breaking to obscure and readily available to domestically inaccessible, the D candies cover a lot of ground. Whether you’re here in search of the perfect candy for your sensibilities or looking for new and exciting selections, the D candies are worth a try.