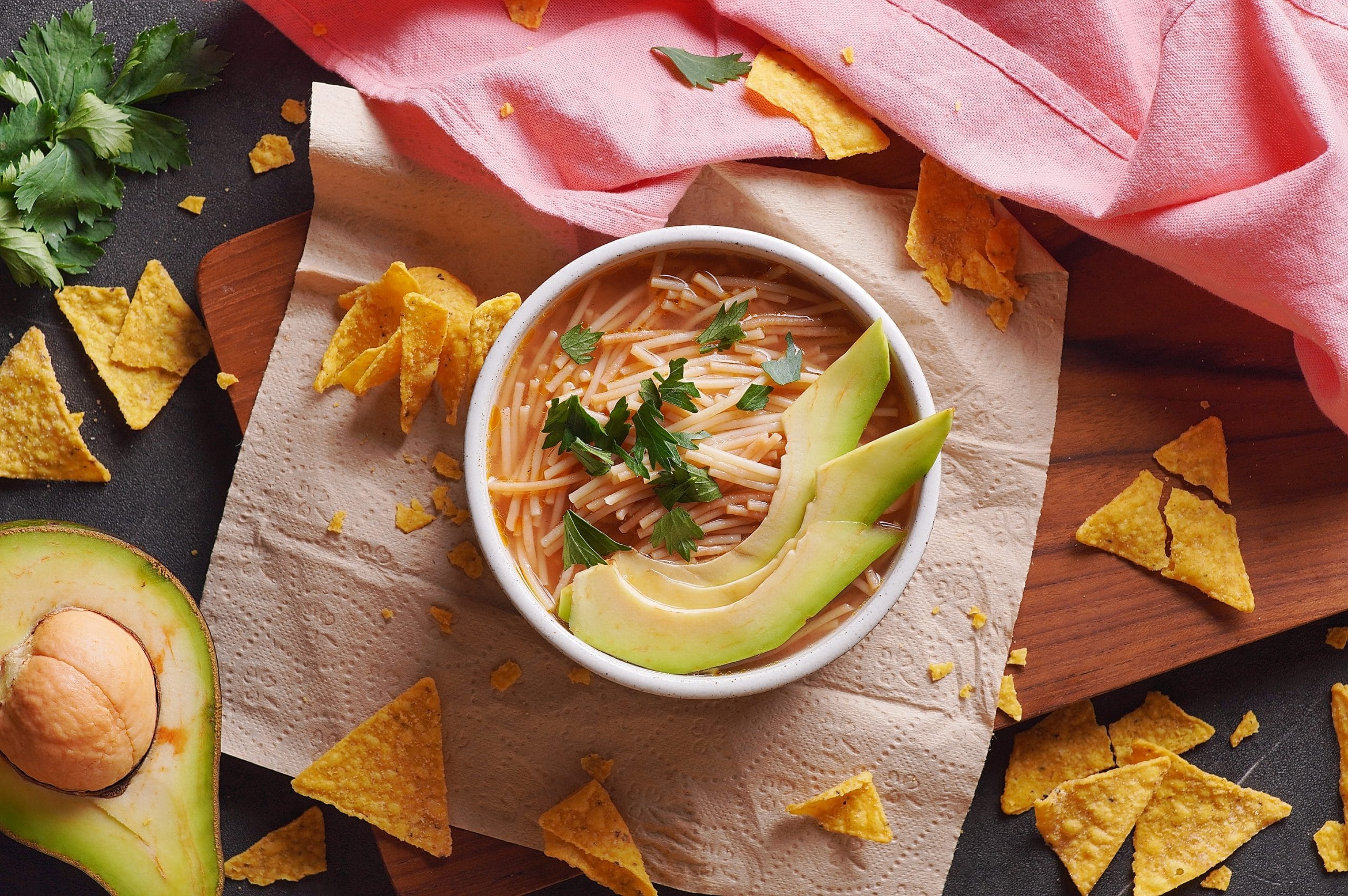 Sopa de Fideo or Fideo Soup is a traditional Mexican soup that is both hearty and refreshing and is made in every household, with their own variations. Children grow up on this soup and is the comfort food that is quick to whip up and brings with it a taste of nostalgia and childhood with its rich, tangy tomato base, the soft fideo or pasta and tons of flavoring.

I have made a simple version of the Easy Homemade Mexican Fideo Soup. If you have all the ingredients, which are pretty common and can be found in most pantries, then you can make it in less than 30 minutes for a quick dinner that is healthy and filling and uber delicious.

I have used fresh tomatoes for this, but canned tomatoes work just as well. Fideo is a very similar to vermicelli but are short noodles. I have used thin spaghetti and broken them off into shorter sticks. You can use vermicelli, fideo, spaghetti, angel hair or even whole wheat spaghetti for this. I have toasted them in oil first, before cooking the pasta. You can also toast the spaghetti without oil on a really hot pan.

Easy Homemade Mexican Fideo Soup is a humble dish that is packed with flavor and is perfect for when the weather gets colder but is just as awesome on a warm summer afternoon. 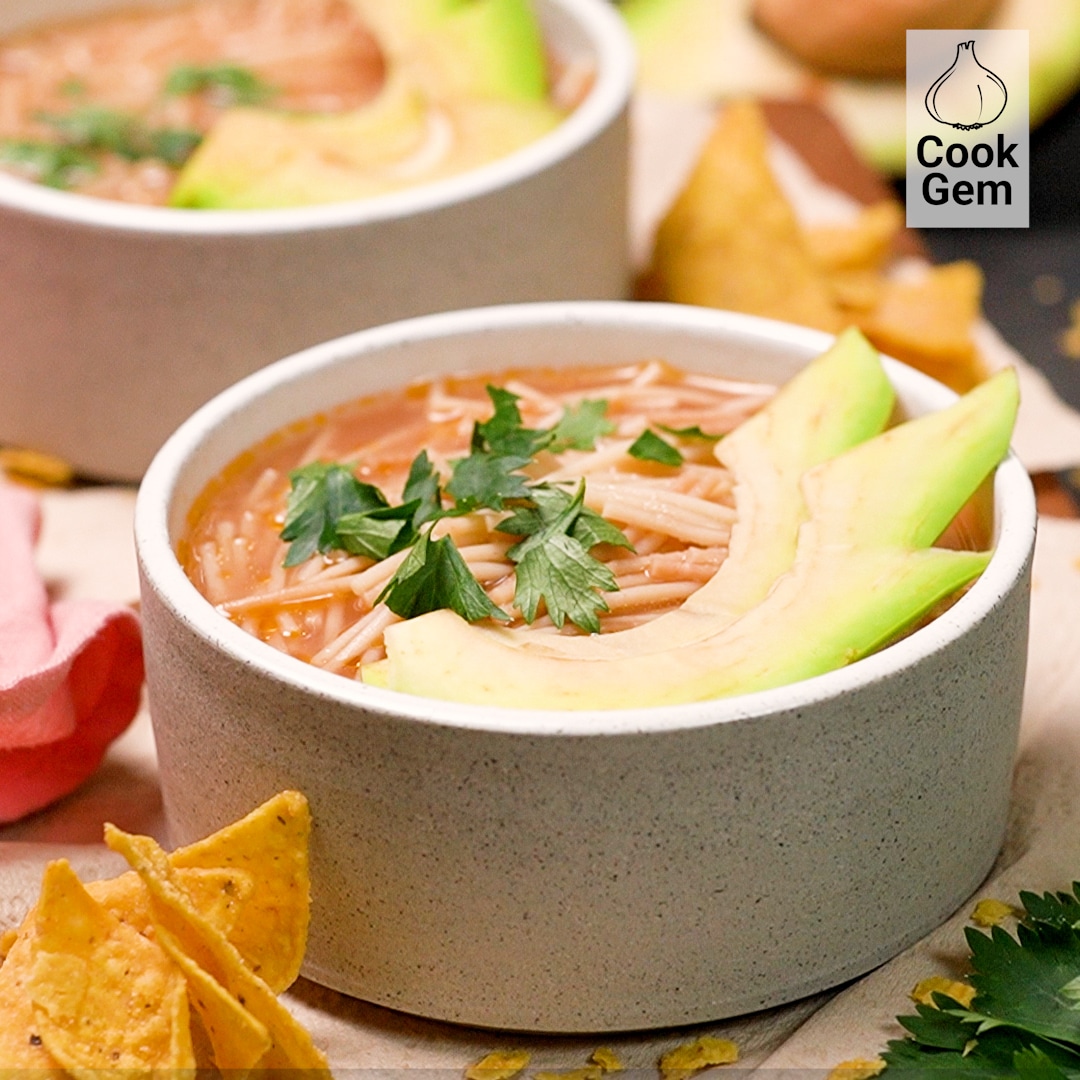 The Easy Homemade Mexican Fideo Soup can be stored in the fridge for up to 3 days in an airtight container. Keep in mind that the soup is not going to go bad, but the noodles in the soup are going to get mushy.

You can reheat in the microwave or stovetop. Let the Easy Homemade Mexican Fideo Soup sit out for about 20 to 30 minutes before you heat it. Transfer to a pot and heat over low heat.

You can also freeze this dish in an airtight container for about 2 months. Again, remember that thawed Easy Homemade Mexican Fideo Soup will have a different texture. The broth will be fine, but the noodles might be soggy.

Fideo basically means noodles in Spanish, and fideos are short noodles. They are short, gold-brown in color and most often found in sopa de fideo, or Fideo Soup, which is a Mexican soup. In Spain, fideos are popularly found in a dish called fideua, which is kind of like paella pasta.

The most interesting thing about fideo is that unlike most other forms of noodles and pasta it has to be toasted first. While this is not always essential, for most dishes made with fideo you have to toss these short noodles in a hot pan, with or without oil, and then let them toast to a deep brown color before they are boiled in water.

You can definitely change things up in this Easy, Homemade Mexican Fideo Soup to cater to your tastes.

Fideo: If you don’t have fideo noodles, use vermicelli, thin spaghetti or angel hair pasta. You can also use whole wheat versions of this.

Tomatoes: You can use canned or fresh tomatoes

Broth/Stock: You can use vegetable or chicken broth. You can also use bouillon cubes for more flavor

Oil: You can use vegetable oil or olive oil to toast the fideo noodles

Garnish: Lime juice or lime wedge add a lovely brightness to this dish and slices avocadoes make it rich and creamy. You can instead garnish with cilantro, sour cream or fresh ground pepper. You can also add some chopped jalapenos on top.

Spices and seasoning: Besides onions and garlic, I have only used salt in the Easy, Homemade Mexican Fideo Soup. You can add garlic powder, cumin powder and chili powder for some more flavor and heat.

You can have the Easy Homemade Mexican Fideo Soup as a starter or as the entrée. Some corn tortillas make a great accompaniment to this.

If you’re hankering for more delicious Mexican soups and stews, try this Mexican Shrimp Soup or this Mexican Cabbage Soup. 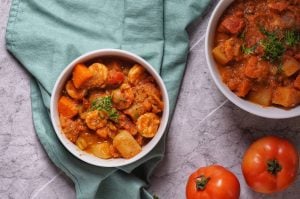 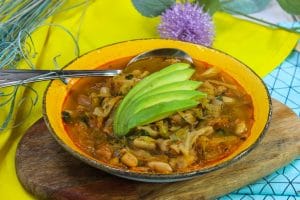 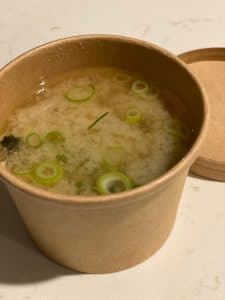 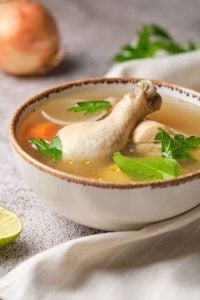