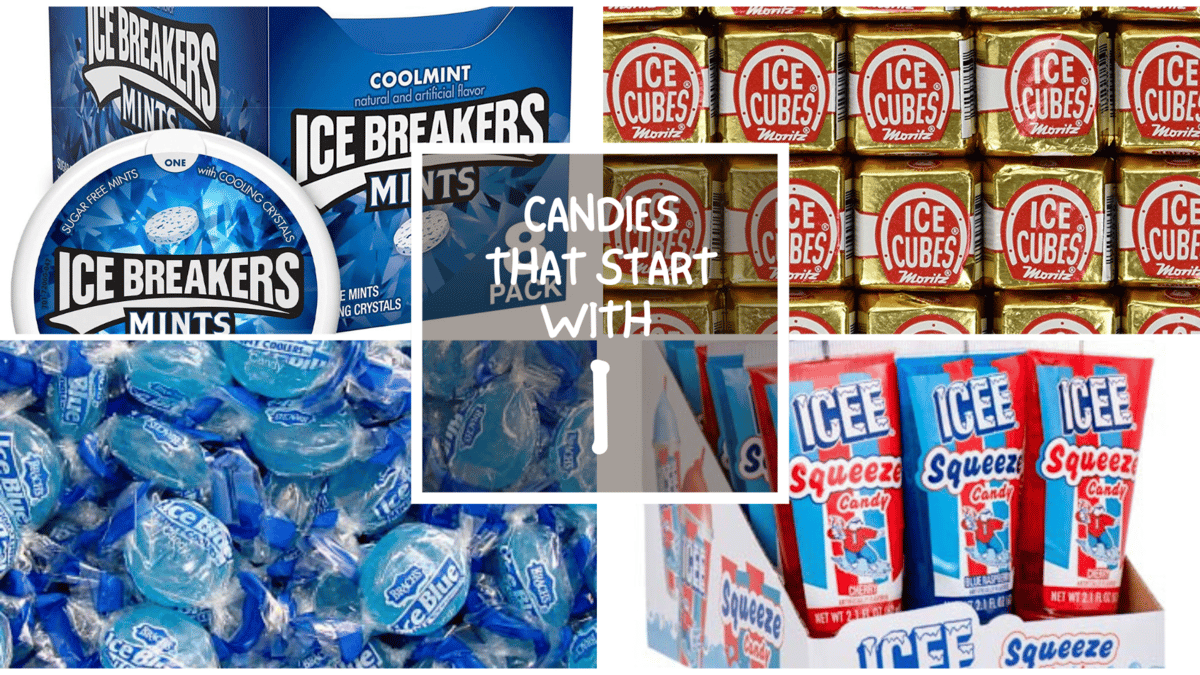 You’re just over a third of the way through the alphabet with the letter I candies. And what a group of candies it is! This list of treats is rife with nostalgic confections that will bring you back to your grandmother’s candy dish in a flash. In fact, some of the I candies have been out of production for decades. The I list delivers a good helping of hard candies, a few breath mints, and a smattering of chocolate bars. Check it out.

Launched in the 90s by Nabisco, Ice Breakers was later purchased by Hershey who continues to manufacture these tasty mints to this day. Though Ice Breakers’ mint-flavored variety was its flagship flavor, they’re now produced in many other categories and flavors. For instance, Ice Breakers sours, strawberry, limeade, cinnamon, and others are all part of the brand’s lineup. In addition to breath mints and hard candies, Ice Breakers also makes a line of chewing gum.

One of Ice Breakers’ greatest appeals is that they’re packed with microscopic flavor crystals that, when bitten into, deliver a blast of the candy’s intense flavor. If you were a child of the 90s you may recall picking out the flavor crystals to eat individually. So what’s in these icy cold mints? Ice Breakers are made from gum base, aspartame, and a blend of natural and artificial flavors. Lastly, one serving of Ice Breakers, or one mint, contains only five calories.

First introduced in the 1930s, Ice Cubes were invented by Nappo & Moritz who still produce them today. Nappo & Moritz is a Germany-based candy maker that got its start making mints. Each bite-sized Ice Cube chocolate is individually wrapped in gold foil and they’re sold individually and in packs of 60 and 100.

Ice Cubes got its name for two reasons; for starters, the candies are ice-cubed-shaped but more importantly, the unique recipe leaves a cool flavor on your tongue and they instantly dissolve or melt when you pop them in your mouth. Ice Cubes are still as delicious as when they first came out; they’ve truly stood the test of time. Ice Cubes are primarily made of coconut oil, sugar, cocoa, soy flour, and hazelnut paste and each serving, about four pieces, contains 260 calories, 20 grams of fat, 16 grams of sugar, four grams of dietary fiber, and four grams of protein.

A popular candy throughout the Midwest, Idaho Spud is a candy bar made by the Idaho Candy Company. Invented in 1918 and manufactured by the same company since that time, this candy bar is something of a legend in the Midwest. In fact, the Idaho Spud has had a few Hollywood cameos as it’s been featured on shows such as “Adult Swim.” It even had an honorable mention in a famous candy book.

The moniker Idaho Spud sounds a whole lot like a potato and that’s no oversight. Idaho Spuds are oblong, potato-shaped bars with a creamy marshmallow middle that’s coated in dense chocolate covering and sprinkled with coconut flakes. The primary ingredients in an Idaho Spud include sugar, corn syrup, coconut, and cocoa powder. Lastly, an Idaho Spud candy bar contains 180 calories, eight grams of fat, 20 grams of sugar, and one gram of dietary fiber. If you can believe it, the Idaho Spud was once marketed as a “healthful” candy bar.

Ice Blue Mint Coolers are a hard, round candy made by Brach’s. They are a powerful yet enjoyable breath mint that’s highly effective. Not only does the strong peppermint flavor truly do the trick, but the fun blue color leaves its mark on your tongue. Each Ice Blue Mint Cooler is individually twist-wrapped in a clear cellophane wrapper. Unfortunately, Brach’s has discontinued the manufacturing of Ice Blue Mint Coolers, however, you can still find stock with some web retailers. As a result of their discontinuation, recipe and nutritional information are no longer available from Brach’s.

IBC Root Beer Barrels were developed and introduced by the root beer company IBC in 1919. With a distinctly sweet and tangy flavor, these hard candies taste just like the tasty soda drink. Unlike the beverage after which it’s modeled, these unique candies are sugar-free so you can easily get your root beer fix without all the extra sucrose. Each hard IBC Root Beer Barrel candy is individually twist-tied in a simple, clear, cellophane wrapper.

IBC Root Beer Barrels are nostalgic, old-timey candy that adults and children adore. The sassafras flavor is one that conjures memories of grandma catching your sticky fingers in the candy bowl. They are primarily made from sugar, corn syrup, citric acid, and natural flavors. Finally, each barrel-shaped candy has 40 calories but isn’t a significant source of fat, sugar, dietary fiber, or protein.

Though they’re discontinued now, Ipso was a small, hard candy that was popular throughout the UK and US during the 70s and 80s; they were made by Nicholas International Ltd. Akin to a Tic Tac, these small, tablet-shaped candies got their start as a breath mint but evolved with a line of other popular flavors such as strawberry, orange, and lemon.

The small plastic containers that the Ipsos were packaged in were clever; they were dotted with interlocking grooves, kind of like Lego bricks, to connect your Ipso packages. It was a clever marketing ploy in that you had to purchase multiple packs if you wanted to have any fun with the packaging. Unfortunately, there’s not much known about the ingredients and nutritional facts for Ipso because they were discontinued well before the internet became a popular place to find such information.

The I candies are a mixed bag of classic and quirky sweets. From some of the most unusual candy names to international delights, the I candies are a fun bunch of confections. From the strongest of breath mints to the meltiest of chocolates, the I list is loaded with good ones. 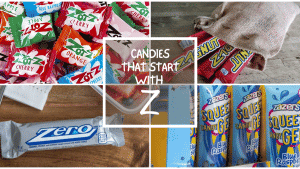