Rum is a distilled liquor made from the byproducts of sugarcane, including molasses and sugarcane juice. This was why rum is mostly found and manufactured in places with sugar or sugarcane exports. The Caribbean islands, particularly Jamaica are famous for their rum, as is the Philippines.

As history and Hollywood would tell us, rum was also the drink of choice for pirates and there are a couple of reasons for this. One, water stored on ships would get contaminated quickly at sea, as it was stagnant water. So, they started mixing it with alcohol, specifically rum. Rum was safer to drink than the water and secondly, rum was supposed to stave away scurvy, a common ailment amongst pirates. Rum was also the most easily available alcohol. This was because most Navies carried rum in their rations as it was a safer choice than drinking bad water. Also, sugar was a prized commodity, but was very expensive, it was cheaper to carry rum, a by-product of it.

Some of the most popular rum brands today are Bacardi, Captain Morgan Original Spiced Rum, Kraken, Diplomatico, Goslings, and Mount Gay to name a few.

Rum is basically a liquor made by fermenting and distilling molasses or sugarcane juice. Dark rum is usually aged in oak barrels. It has to be aged for a minimum of three years. White rum is aged for a lot lesser time, usually about a year in either light, oak, or steel casks. White rum is usually used in rum-based cocktails like mojitos, daiquiris, and rum punch to name a few. Dark rum can be enjoyed neat, chilled, or as a cocktail. Spiced rum, which is basically rum infused with spices can be sipped neat, with ice, or drunk as a cocktail. Light rum, like Malibu, comes in flavors and can be enjoyed neat. Rum is a refreshing tropical drink although it has an alcohol content of about 40% ABV.

Technically, rum can go bad if external contaminants are introduced. But more often than not, rum loses quality and flavor. Rum, unlike wine and whiskey, doesn’t get better with age. It either stays the same, when unopened or deteriorates when opened. So, while rum can last for a long time, like decades, if not stored properly, it will lose its potency.

How Long Does Rum Last?

The above table is just an estimate. Rum undoubtedly has a long shelf life, but storage plays a key factor in its life span. If you want to enjoy your rum for a long time, take a little care when storing it.

How Best To Store Rum?

How To Tell If Your Rum Has Gone Bad?

The chances of your rum going bad are slim to none, but in the off chance something has happened to spoil it, here are the things to watch out for.

Rum is one of the most delicious alcohols out there, besides finding a place in your cellar and pirate folklore it is also great for cooking and baking. Rum cakes are hugely popular, especially around Christmas time. Rum-based chocolates and rum balls are another favorite. Rum is also used for cooking meat as it gives it a nice sweet, caramelized flavor. Whether you want it for cooking, baking, or a decadent sip, rum can be stored and enjoyed in your house for years. 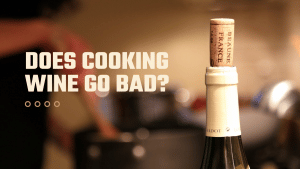