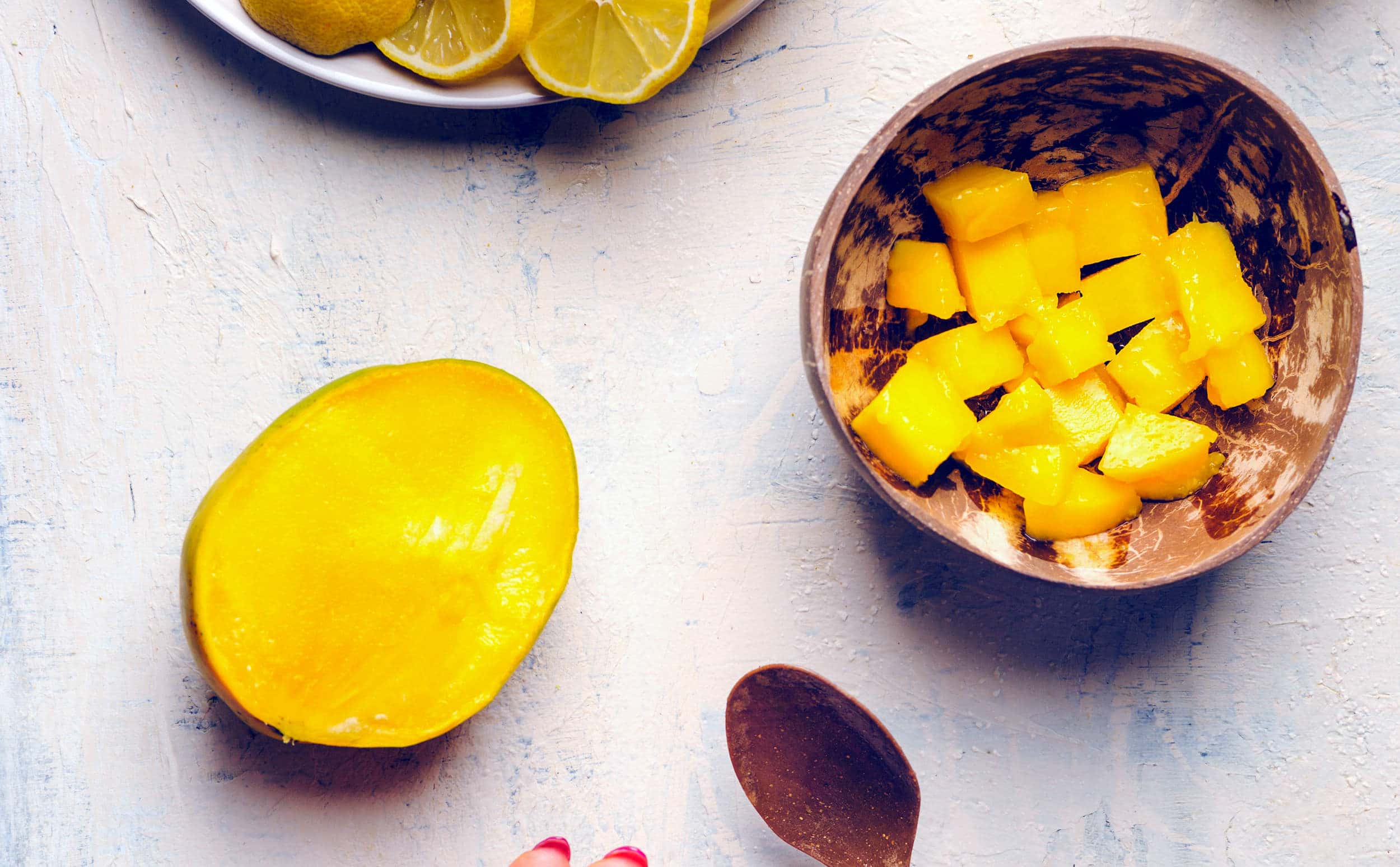 Mangos are very popular fruits that offer a sweet, juicy, and sour taste. These summer favorites are loaded with succulence and appeal thanks to the bright orange colors that mangos present. As such, mangos are ideal for a wide variety of recipes.

But what happens if you’re allergic to mangos or you come across a recipe that calls for them, but you don’t have any on hand? In situations like these, you need to know which alternatives work well as replacements.

We discovered some really good substitutes that will serve you well in replacing mangos. From peaches to papaya, there are many fruits that you can use in place of mangos. But we narrowed down what we feel are the best three alternatives.

You can technically use everything from kiwi to bananas, but the textures and tastes that our top replacements provide are much closer to the real thing. Therefore, you can use them in recipes to an effect that is similar to what you’d get if you were using mangos.

Mangos are tropical stone fruits that grow on a tree known as Mangifera Indica. This tree originated in India, where mango is actually the national fruit. However, mangos have entered other regions, as well. Such places include Asia, Mexico, South America, and Africa.

Moreover, mangos are rich in nutrients and offer many health benefits. This is due to mangos containing both vitamins and antioxidants. Vitamins found in mangos include potassium, C, and A. So if you’re trying to inject some healthier foods into your diet, mangos are a great place to start.

In terms of appearance, mangos can have a green or red exterior and a bright orange-yellow center. All mangos have a small pit in the middle. Additionally, the skin on mangos is both edible and nutritious. That said, mangos have a somewhat bitter taste and rough texture that makes them difficult to swallow. As such, they are often discarded instead of eaten.

The small pits in mangos are not poisonous and can in fact be eaten. However, their taste is not good at all, and they have a very rough texture. Because of this, most people throw it aside, making the fruit the only part that generally gets eaten.

It’s worth noting that a mango’s ripeness greatly affects its taste. Ripe mangos, for example, taste very sweet and have a subtle sourness. Moreover, they are very juicy when you bite into them.

Specifically, the taste of mangos is often described as being a combination of an orange, pineapple, and peach. Those who like their fruits to taste sour and tart will want to eat mangos that aren’t completely ripe yet. Just note that such mangos are drier than ripe ones.

A mango’s texture also varies according to its ripeness. Super-ripe mangos are softer in texture, easier to bite into, and juicier. These features broaden as the fruit gets riper.

Ripe mangos have a very extremely malleable texture that is soft enough to be easily squashed. Compared with mature mangos, less mature ones tend to be firmer in texture yet soft and juicy.

When biting into a mango that isn’t yet ripe, it may sometimes feel a little fuzzy. When they are not very mature, mangos can be somewhat stringy.

Due to its harder texture, immature mangos tend to retain their shape better, which also results in less juice and is much softer than mature mangos.

The peach is another stone fruit with flesh very close to mango. They may be white or orange on the inside, and their appearance and touch are fuzzy. Like mangos, peaches have an inedible pit found in the center. Peaches are often sweeter and very juicy when you bite into them.

Like mangos, peaches have pulp that is firmer when they aren’t yet ripe. But as the peach ripens, the fruit becomes much softer and therefore more edible.

In addition, peaches have similar textures and colors. And both fruits are quite sweet. However, the sweetness depends on each fruit’s degree of ripeness. Thanks to these similarities, peaches are often the best alternative to mangos. The taste isn’t exactly the same, but peaches are still the closest match by comparison.

You can substitute peaches for mangos in savory and sweet recipes, such as smoothies, cocktails, baked goods, sauces, and salsa.

The nectarine is also a kind of stone fruit and is a peach variety. The appearance and taste of nectarines are comparable to that of a combination of peaches and plums.

Their skin is smoother than that of peaches, the flesh inside is yellow-orange, and there is yet another inedible pit in the middle. Nectarine is very similar to peach in color and taste.

As with peaches, nectarines become sweeter, juicier, and softer as they mature. If you have a recipe that calls for mangos, nectarines do a fine job of replacing mangos. Moreover, the skin on nectarines is easy to keep intact, thereby preserving the taste of recipes.

Nectarine is similar to mangos and peaches in both sweetness and texture. This makes nectarines an excellent alternative to mangos in a wide variety of different foods, such as smoothies, sauces, and baked goods.

Just like mangos, papayas are tropical. They have skin that is yellow-green in color. Papayas even look like mangos from the outside.

The inside fruit of the papaya is bright orange, while the fruit itself is a little harder than peaches or nectarines. Furthermore, papayas have a slight melon smell, but their taste isn’t as sweet.

The interesting thing about the papaya fruit is that, unlike mangos, peaches, or nectarines, the seeds inside are edible. In fact, they are used frequently, making the papaya highly versatile.

The tropical flavor of papaya makes it a fine alternative for mango, especially in tropical recipes such as cocktails, ceviche, and salsa.

Be sure to visit our food substitutes page to discover even more tasty alternatives to some of your favorite foods. 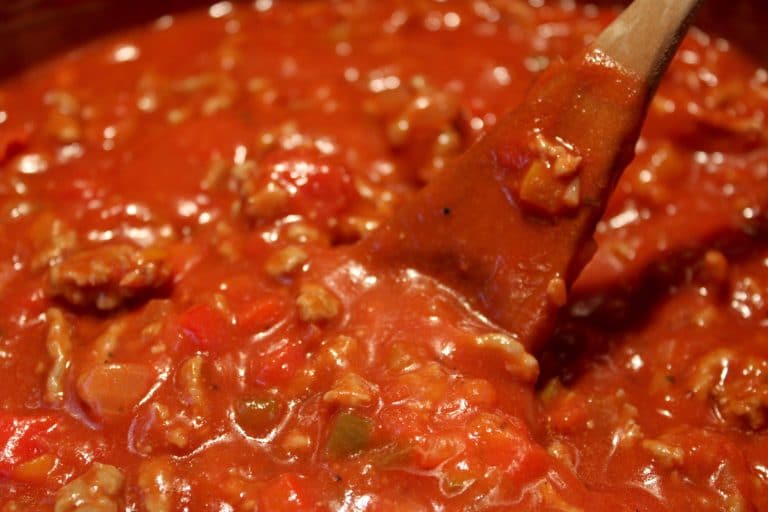 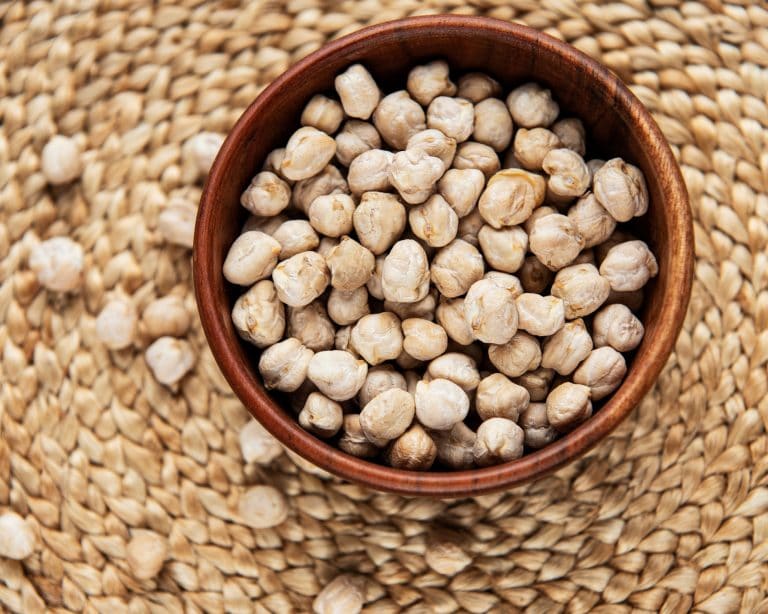 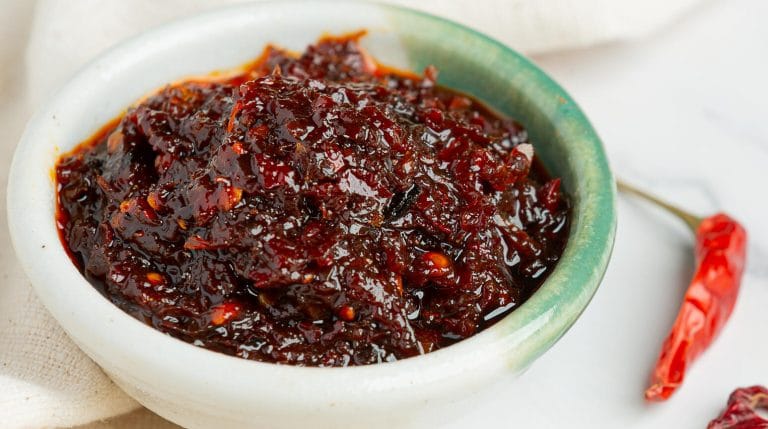 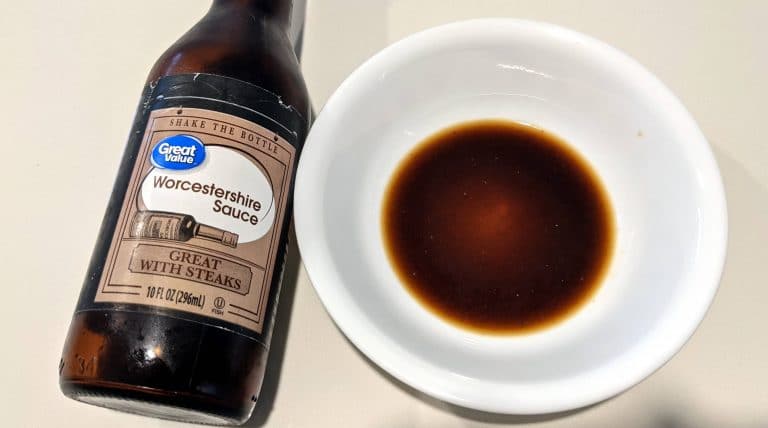 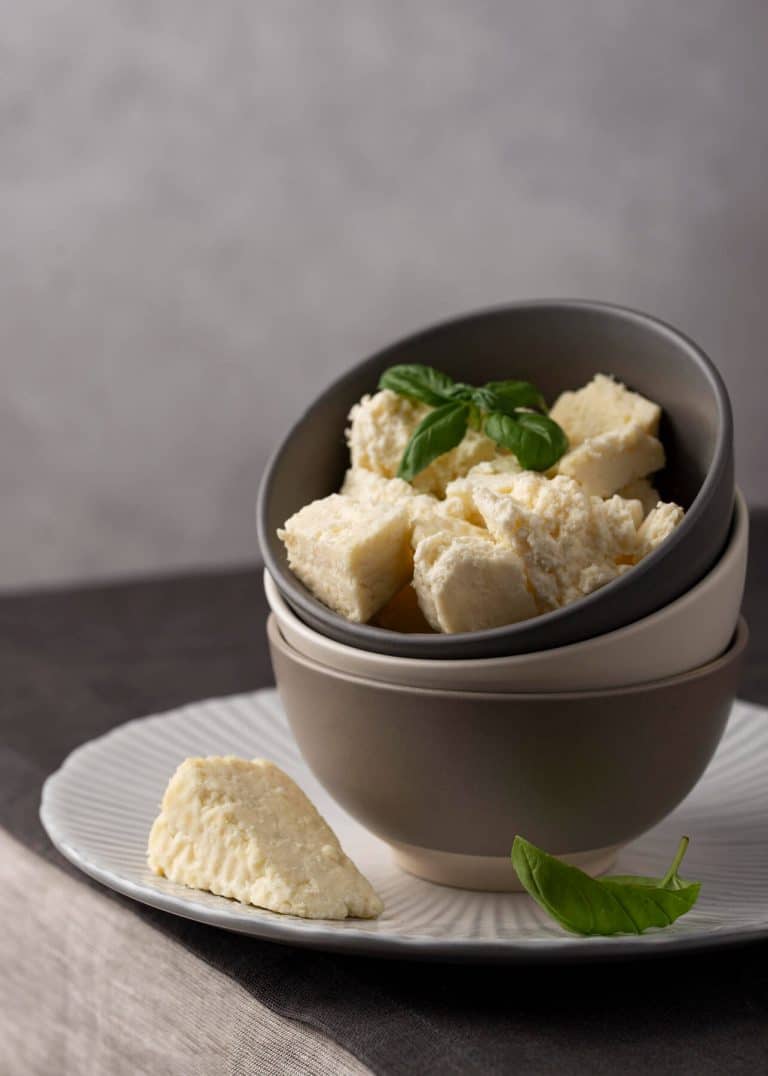