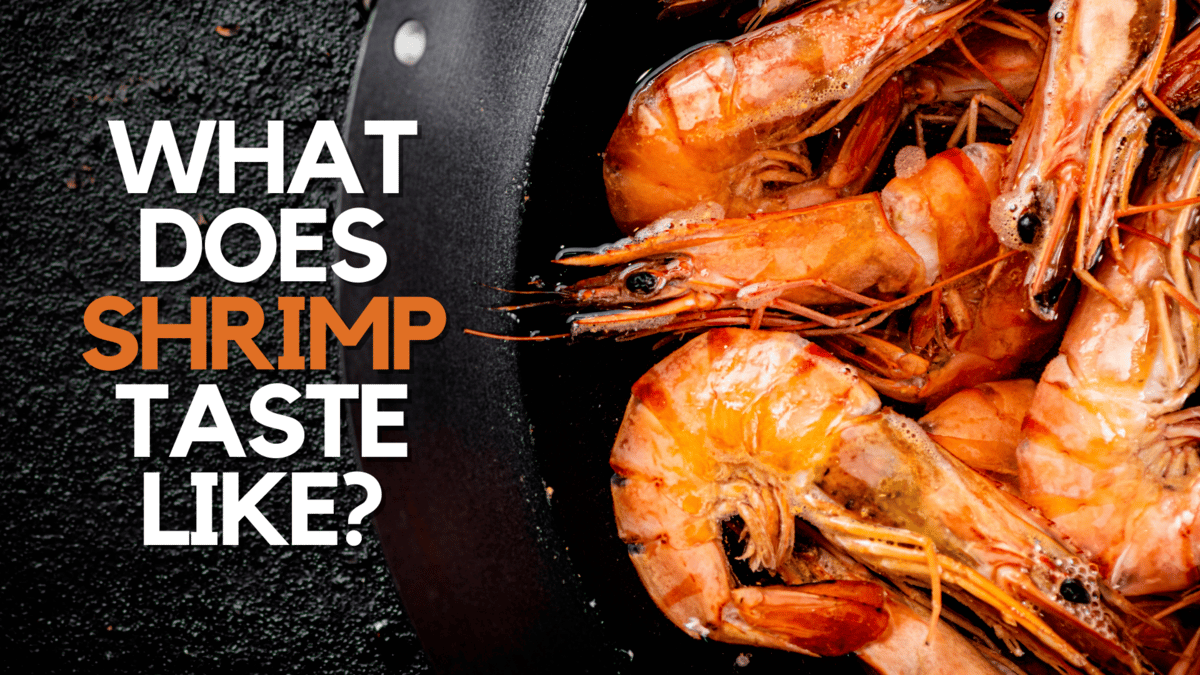 Shrimp is an incredibly popular shellfish that many people around the world love to eat. If you have not tried shrimp before, then you’re probably wondering what they taste like.

Most people who are fond of them remark that shrimp do not have a particularly fishy flavor. Instead, shrimp has a relatively mild flavor compared to many other types of seafood. A little sweet and a little salty, people also note that shrimp has a slightly firm and chewy texture. It’s a versatile food item that can paired with all sorts of spices and flavors.

Are you ready to learn more about shrimp and how they taste? Shrimp can be prepared in a practically endless number of ways. Moreover, they are enjoyed around the world, which means that you can find all sorts of inventive ways to prepare and eat them.

Close relatives of lobsters, crayfish and crabs, shrimp are crustaceans with semi-transparent bodies that look flattened from side to side. The flexible abdomen ends in a tail that resembles a fan. Shrimp are equipped with appendages that help them swim. A pair of long antennae also helps with navigation. Ranging in length from just a few millimeters up to greater than 20 centimeters, most shrimp are between four and eight centimeters long. Some of the larger species may be referred to as prawns. Shrimp are found in many bodies of water, including every ocean in addition to freshwater streams and lakes. Several of the nearly 2,000 species of shrimp are regularly eaten by people all around the world.

Shrimp is a great option if you want to eat a healthier diet. With significant amounts of certain nutrients, shrimp can help you achieve better nutritional balance.

With plenty of antioxidants, eating shrimp can contribute to better heart and brain health too. If you enjoy how shrimp taste, there’s really no reason why you couldn’t include them as a regular part of your diet.

Most people do not truly eat raw shrimp. Usually, people are wondering about the taste of cold shrimp. People who are not familiar with shrimp may think that these crustaceans are eaten without being cooked. As an example, some people wrongly assume that the shrimp in a shrimp cocktail are raw, but this is not the case. Making a shrimp cocktail involves cooking, freezing and then thawing the shrimp.

Rarely, raw shrimp may be served at a sushi bar, but typically these dishes are cooked as well. One prawn known as Amaebi frequently is featured in sushi bars. It is recognized for its sweetness. This cold-water species is native to the Pacific Ocean along the coast of Canada. They are caught when they are young because this is when their flavor is the sweetest.

Use Caution When Presented with Raw Shrimp

In general, it is imperative that shrimp, much like any other meat, but appropriately cooked before it is consumed. This prevents foodborne illnesses. Cooking shrimp all the way through ensures the destruction of parasites and bacteria.

People who do eat raw shrimp are putting themselves in danger of being infected with E. coli, salmonella or a whole host of parasites. Cholera and vibriosis also may be spread through consuming raw or insufficiently cooked shrimp.

If you are interested in trying a raw dish, it is best to do so at a respectable restaurant that observes necessary sanitation standards. If you notice any rancid smells or sour tastes, steer clear.

Many people cannot resist the flavor of shrimp. Whether the shrimp came from a saltwater or freshwater source, the taste will be elegant and rich. When they are prepared with care, dishes that contain shrimp are fragrant and sweet. Notes of salt can be detected in both the flavor and the scent.

Many people compare the flavor of shrimp with lobster. However, it’s not unusual to hear that while the two foods have similar tastes, it’s shrimp that’s usually the tastier option.

How Can You Tell if Shrimp is Fully Cooked?

Shrimp are quick and easy to prepare, and it is not difficult to perceive the differences between shrimp that is raw, or at least not fully cooked, and shrimp that is ready to eat.

When shrimp is raw, it is translucent and gray. It also tends to be flatter as opposed to being curled. When it is cooked, shrimp curls into a shape that is reminiscent of the letter “C.” It’s color changes as well, usually to white or pink.

Shrimp is considered fully cooked when it reaches an internal temperature of 145 degrees Fahrenheit. At this temperature, they are firm to the touch. Shrimp that feels or looks fleshy probably needs to be cooked longer.

If you purchase frozen shrimp, it is probably already cooked. You’ll probably see that the shrimp is pink as you pull it from the package. The next step is to ensure that you defrost it correctly.

Defrosting shrimp is most frequently done in the refrigerator. It is critical to allow at least 12 hours for the crustaceans to completely thaw. Once defrosted, the shrimp need to be eaten within a few days.

If you forget to defrost frozen shrimp and do not have 12 hours to wait, consider thawing the shrimp in a sink full of cold water. Defrosting via this method only takes about one hour, but it is important for food safety reasons to ensure that the water remains cold.

These are the only tried-and-true methods for defrosting frozen shrimp. It is never a good idea to defrost shrimp in the microwave or by pouring them into heated or boiling water. Such methods usually only result in overcooking the shrimp. No one is likely to enjoy eating shrimp that are rubbery or tough.

Which Shrimp Species Taste the Best?

The answer to this question depends on numerous factors. After all, some people just like certain shrimp species more than they like others. Nonetheless, there are about ten types of shrimp that are regularly eaten in the U.S. and always tend to win rave reviews.

One of these is the gulf brown shrimp. Found in the Gulf of Mexico, fisherman and locals may call these shrimp “brownies.” Brownies eat lots of iodine, which gives them a distinctive orange tint. With a firm texture, brownies have a robust and strong flavor. A very popular way to prepare these involves soaking them in buttermilk before battering and frying.

If you’re looking for a rich, buttery taste that’s highly reminiscent of lobster, look for some royal reds. Royal reds live in deep, cold water, which means that fishing boats have to go far out to get them. Accordingly, they are most likely to be frozen rather than fresh. Try steaming or boiling them to get the best results.

Another Gulf of Mexico catch is the gulf white shrimp. Compared to brownies, these shrimp have a sweeter and milder flavor. They also may have a more tender texture, and some people appreciate that gulf white shrimp are a bit easier to peel.

The Alaskan side stripe shrimp is a very sweet-flavored shrimp with an extremely delicate texture. Cook these shrimp for just one or two minutes in boiling water and serve with a bit of salt and pepper. That’s all that these delicious shrimp require.

Another shrimp that only needs a bit of salt and pepper is the Mobile Bay brown shrimp. These bay shrimp are smaller in size than the gulf shrimp, but they have more intense flavor.

Some shrimp lovers swear by the hopper shrimp. Usually just called hoppers, a bright red dot adorns the side of each shrimp. They have a sweet flavor that’s reminiscent of the ocean, and their texture is crisp and firm.

Rock shrimp are a favorite with many enthusiasts. Their shells are harder and tougher than those on other shrimp, which means that a machine typically is used to peel them. If you have ever dined on spiny lobster, you may notice a similarity in flavor here. With a firm texture and sweet taste, you could fall in love with rock shrimp.

How to Prepare Shrimp

Some shrimp enthusiasts will swear that wild-caught shrimp are far superior when compared to farmed shrimp. That may be true, but unless you are a connoisseur, you probably will not notice the difference.

In fact, there is no material downside to eating farmed shrimp as opposed to shrimp that is caught in the wild, except from a nutritional standpoint. Wild-caught shrimp tend to have higher nutritional value because of their living conditions.

For most people, this is only a minor consideration. You can always ask at the store or restaurant where you are buying shrimp if you have a preference for wild-caught shrimp as opposed to farmed shrimp.

Get Your Taste Buds Ready

People around the world consider shrimp to be a delicious delicacy. Easy to prepare and delicious to eat, chances are good that you will come to agree with them. 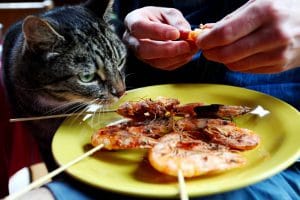 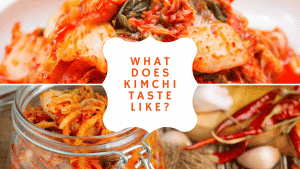