Vodka is a clear, colorless distilled liquor with an ABV (alcohol by volume) that is relatively high, between 40 and 55%. Vodka comes from the Slavic word “voda” meaning water. While Russia and Poland are synonymous with vodka, as they were the earliest distillers, makers, and drinkers of vodka, there is a whole “vodka belt” which covers a large portion of northern and eastern Europe, including Sweden, Norway, Finland, Iceland, Latvia, Estonia, Lithuania, Ukraine, and Belarus to name a few.

Vodka, when first created didn’t have such a high alcohol content and was most commonly used for medical purposes or as a cleaner. Vodka is essentially just water and ethanol and can be made from corn, grains, sorghum, rice, rye, molasses, wheat, fruits, and of course potatoes.

Nowadays vodka is one of the most popular cocktail drinks and is drunk as a Cosmopolitan, Bloody Mary, Black Russian, White Russian, Moscow Mule, and Vodka Martini to name just a few. Vodka is traditionally sipped neat and served cold, not just chilled. Vodka is also a popular drink to do a shot with. Some of the most popular vodka brands today are Absolut, Tito’s, Smirnoff, Belvedere, Grey Goose, SKYY, Cîroc, Ketel One, and Stolichnaya to name a few.

Many people assume that Russia is the biggest or even only producer of vodka, but interestingly, Russia is just one of many countries that makes and manufactures vodka. In fact, Poland is considered to be home to some of the best vodkas in the world. USA, Netherlands, Sweden, and France are some of the other countries with popular vodka brands.

How Long Does Vodka Last?

Seeing how popular vodka is, it is likely that most people have a bottle in their bar or pantry. Most home bars will have a minimum of one popular vodka brand. Vodka is also a popular drink among youngsters and women, this is because you can make some really delicious cocktails with vodka. Vodka also has some of the fewest calories, so most people who are watching their weight, opt for neat vodka. So, if you have a bottle that has been lying around in your bar for a long, is it still safe drink? Can vodka go bad? How long can you keep vodka?

How Best To Store Vodka?

How To Tell If It Is Time To Toss Your Bottle of Vodka?

Vodka is the drink that is probably going to last forever. Nothing short of external contamination is going to make it undrinkable. So, pop your favorite vodka in the freezer and enjoy it for as long, long time. 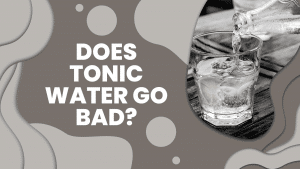 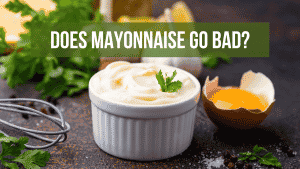