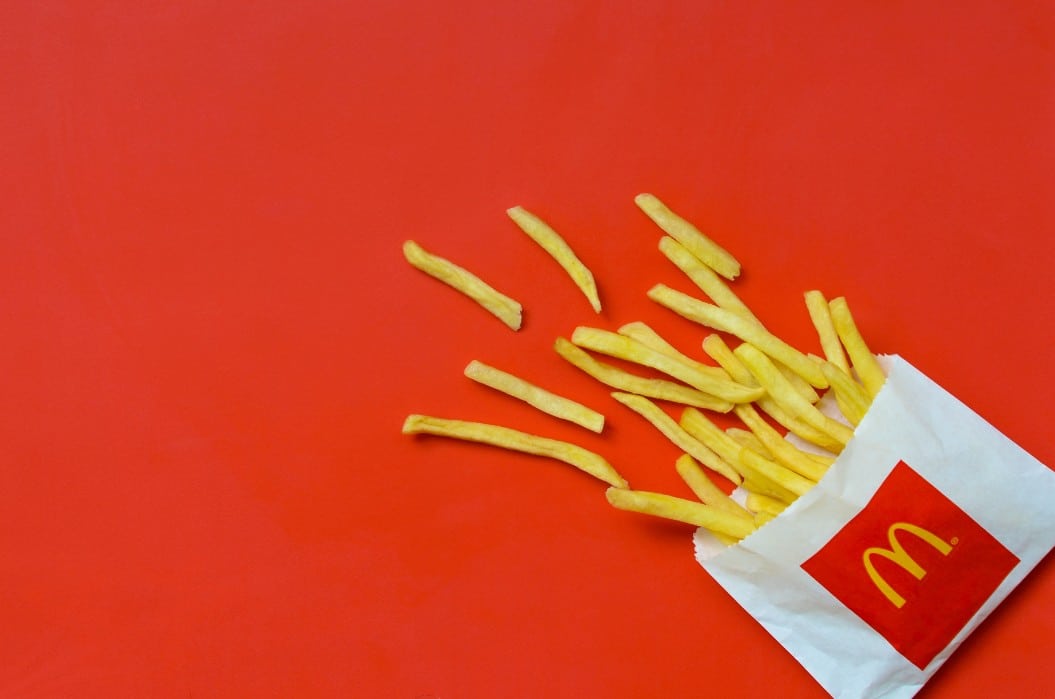 When you order at McDonald’s, the first thing you’d order is a Double Mac Cheeseburger and fries. But don’t you think it’s time to try something different? Maybe something without animal fat?

So, let’s set aside the burgers and start looking at some vegan choices McDonald’s will now be offering. And this time, it’s going to be much better than the ones you’ve seen.

While the US has already offered some plant-based options — let’s face it, it’s not enough, and it’s totally unfair to our vegan friends. That’s why it’s great to see that the vegan options are increasing.

Are you ready to take a look inside McDonald’s vegan menu? What’s going to be added? And what’s inside those foods?

Here are some McDonald’s vegan options to choose from this well know fast food chain.

Forget about the existing heart-attack inducing breakfast choices and try out the fruit and maple oatmeal. It’s packed with a variety of fruits, so if you are up for starting your day with a healthy and easily digestible breakfast, this one’s for you!

It is important to note that it normally comes with light cream, but you can specify to exclude it when you order, which will make it a great vegan option.

For anyone that is watching their calorie intake, this breakfast ranges from 290 to 320 calories, depending on the amount and the kind of fruits that are inside.

Feeling inspired to create your own healthy breakfast alternatives? Check out some ideas for other delicious vegan recipes here.

Ingredients Inside the Fruit and Maple Oatmeal

Tip: Tell them to exclude the cream when you order to make it vegan.

Side salads get a bad rep for being wimpy, but we all know that they offer great nutrition with very few calories (15 to be exact). These small side salads are the only fully vegan option on the US McDonald’s menu, but you can exclude certain ingredients from their other existing salads to make them vegetarian and vegan.

Another salad to consider is their Southwest Chicken Salad. Just order without the meat and dairy parts and substitute with a vegan dressings. Their black beans, corn, poblano peppers, and a cilantro-lime glaze makes this salad one of their tastier and plant-protein forward vegan options.

Ingredients in Side Salad and Southwest Chicken Salad

Southwest Salad includes most of the Side Salad ingredients, topped with black beans, corn, and poblano peppers. Don’t forget to order without chicken and cheese in order to make it vegan.

Yes, we know they are often associated with the kid’s menu, but apple slices are great for all ages and can serve as a great snack or add on. Try them in your side salad or dip them in any nut butter to add protein.

An absolute McDonald’s (and American) classic, the apple pie is actually free of animal products.

It’s 240 calories worth of deliciousness and it goes great with any non-dairy ice-cream you have at home.

McCafe Coffee contains dairy-free black coffee or Americano so vegans can start their day off with a good dose of caffeine.

It has 2 grams of protein, 0 sugar, and 0 calories. Talk about a win-win-win.

McCafe Coffee’s ingredients include 100% Arabica beans and a number of add-ons like flavored syrups and creamers.

While it’s not the most healthy option, it is suitable for vegans. It is also perfect for a hot summer’s day.

Perhaps consider this drink as a last resort if there isn’t much to choose from. It’s 170 calories.

McDonald’s carries two vegan sauces: Sweet ‘N Sour Sauce and the Tangy Barbecue Sauce. So for anyone who wants to know if vegan-friendly options include sauces, well, there you go.

Are The McDonald’s Fries Vegan?

Most people would assume that French fries anywhere will be vegan, but the truth is that you should always ask what they were fried in. As of now, the US McDonald’s doesn’t offer any vegan fries due to the fact they add natural beef flavor which contains milk. You may have better luck in their UK and Canadian restaurants, which normally carry vegan fries.

The McPlant Burger & Beyond Meat

Since consumer demand and other fast-food chains like Burger King are offering plant-based and vegan options, McDonald’s isn’t planning on being left behind. McDonald’s and Beyond Meat are working together to create the McPlant and release it in the United States in 2021. They recently signed a 3 year global agreement too. Currently there no firm release date. The McPlant line may go beyond the McPlant burger to include vegan cheese, plant-based burgers, vegan chicken and even plant-based breakfast sandwiches. Imagine the food items you can mix and match with a vast selection of plant-based proteins on the menu. This will be good news for expanding the vegan offerings at McDonald’s whenever the McPlant is released – keep your eyes peeled because this is coming soon.

If the McDonald’s menu items get a McPlant makeover, the McDonald’s fries may also turn vegan when the new plant menu is unveiled, we shall see. Vegan food isn’t going anywhere and McDonald’s is an aggressively competitive fast-food chain. The customer is the boss and the customer wants vegan items. The last year McDonald’s really made a push to show they are going to have more plants on the menu. We predict to soon see a veggie burger, McDonald’s fries made with vegan-friendly vegetable oil & vegan-friendly flavoring and maybe even a vegan happy meal too in the future.

The majority of the vegan options at McDonald’s are not fully focused on the vegan diet, but can simply be adjusted to be vegan. With the plant-based eating lifestyle gaining a lot of traction, we are hopeful that McDonald’s will follow suit and provide well thought out meals that are specifically designed with vegans in mind and are not just add-ons or small plates.

We are looking forward to the day that you can order a full menu including a plant-based burger, dairy-free cheese and all the fixings without having to worry about asking to exclude ingredients or wondering if there is enough plant based protein in the meal.

But until that day comes, there are still some options that exist, so if your non-vegan friends want to go to McDonald’s, you now know that you can treat yourself to a nice, crispy, and flakey apple pie without consuming animal products. Or you know, a black coffee always works. 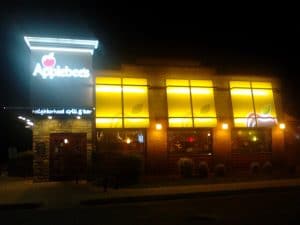