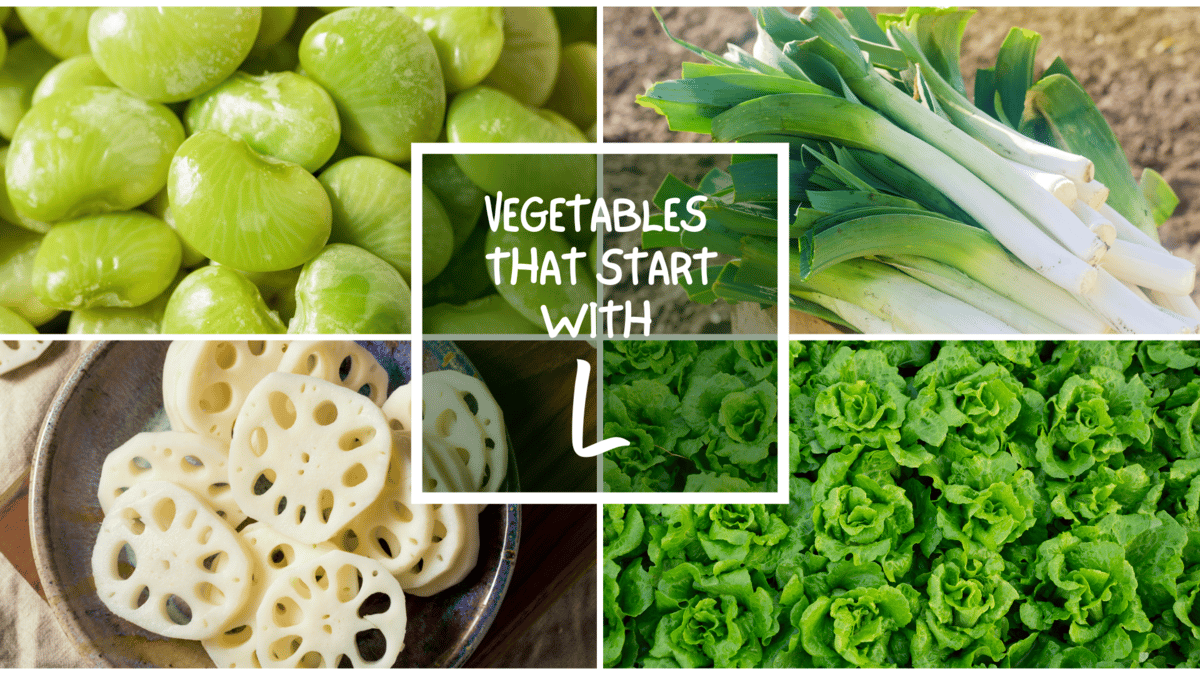 The L vegetables are a hearty bunch that can add tons of proteins, vitamins, and minerals to your diet. This list examines salad stars, soup fixings, and side dish mainstays. From lettuces to beans and root vegetables to sprouts, the L vegetables are a collection worth checking out. Take a look at all of the excellent veggies that start with L.

Brassica oleracea var. Palmifolia, which is more commonly known as lacinato kale, is native to the Tuscany region of Italy. Lacinato kale is an heirloom vegetable that grows best in mild climates, however, it’s tolerant to winter temperatures as well. Though lacinato kale isn’t commercially grown in the US, it can be grown in home gardens or imported from online retailers.

Lacinato kale is a green, leafy vegetable whose leaves are dark bluish-green. The leaves have an interesting embossed texture that makes them look as beautiful as they taste. Speaking of taste, lacinato kale has a slightly more sweet flavor than its curly counterpart while its texture is thinner and more tender. Best of all, lacinato kale can be served raw or cooked; it’s delicious and nutritious both ways. When preparing raw kale recipes it’s recommended to massage the leaves to break down the firm texture. Nearly all of the raw recipes for lacinato kale include salad varieties such as kale caesar and Tuscan kale salad. Some popular cooked lacinato kale recipes include sauteed kale preparations, crispy fried kale leaves, sesame kale, and kale soup.

As mentioned, lacinato kale, like other kale varieties, is highly nutritious and beneficial to one’s health. Some of the prominent vitamins and minerals found in lacinato kale include vitamins A, B6, C, and K as well as magnesium and calcium.

This hardy winter squash, whose scientific name is Cucurbita maxima ‘Lakota’, was first cultivated by indigenous peoples of the Missouri Valley sometime in the early 1800s. In fact, this squash variety is named for one of the tribes credited with its founding, the Lakota Tribe. Lakota squash grows all over the US, requires full sun, and it’s typically harvested from mid to late fall. When in season, this squash variety can be purchased in grocery stores and farm stands across the country.

Land cress is a bright green, leafy vegetable with small, nearly micro, leaves. At full growth, land cress can measure up to four inches in length. Land cress has a mild flavor bordering on peppery and both the leaves and stems are edible. Land cress is most commonly eaten raw and is often featured in salad recipes. Land cress is also commonly used on sandwiches and atop fish dishes. Laudably, land cress is highly nutritious as it’s packed with vitamins C, A, and K in addition to calcium and potassium.

Subtly different from the English cucumber, the delicious Lebanese cucumber is indigenous to Lebanon, however, it’s also commercially cultivated in Australia. The Lebanese cucumber, whose technical name is Cucumis sativus, flourishes in warm, sunny climes where temperatures can reach up to 90°F. As such, this cucumber variety is a popular garden vegetable for home growers in the US. Though it’s difficult to find Lebanese cucumbers for sale in domestic grocery stores, they can be imported from online veggie dealers or easily grown at home during the summer months.

Native to both the Mediterranean and the Middle East, the leek is an ancient vegetable that’s now cultivated globally. A close relative to the onion, the leek, which is scientifically regarded as Allium porrum, is popular in European cuisine. Of note, leeks are a cool-weather vegetable that thrives in parts of Indonesia, France, Korea, and beyond. Domestically, leeks are primarily commercially cultivated in Wisconsin and Michigan. Furthermore, leeks are a common plant for home gardeners with heavier soils and cooler climes.

Leeks have thick white stalks that move in a gradient of shades to their dark green leaves; they look similar to scallions, however, thicker at the stem and leaves. Leeks taste similar to green onions, however, much milder and sweeter. Though leeks can be eaten raw, they’re more commonly cooked. Of note, the dark green leaves are inedible; it’s the white parts that you’ll slice and enjoy. It’s common to add raw leek slices to salads while sauteeing leeks along with other vegetable blends or into soups is a popular preparation too. Some common leek recipes include leek and mascarpone soup, buttered leeks, stir-fried leeks, and creamed leeks. Finally, leeks are a great addition to a well-rounded diet as they’re high in vitamins A, B1, B6, C, and fiber; together these vitamins and minerals promote regulated intestinal health.

The Lens culinaris, or the lentil, is a legume that’s closely related to the pea family. Commercially cultivated throughout parts of Asia, North America, and Europe, lentils are easily procured domestically in the US. Notably, lentils grow in pods, like peas, and flourish in cool, temperate climates. Lentils are typically planted in the early spring months and later harvested in the late summer months.

Lentils look like small, dried peas and can range in color from light brown to green and some are even spotted. Lentils can’t be eaten raw and must be boiled to be fit for human consumption. Once cooked, lentils taste earthy, with peppery hints, and subtle sweetness. It’s common to incorporate lentils into soups, stews, and stuffings as well as baked into casseroles and they can even be found in some sweet, dessert recipes. Lentils are highly nutritious, containing protein, folate, fiber, iron, potassium, and manganese.

Lactuca sativa, which is the scientific moniker for lettuce, is a leafy vegetable that belongs to the daisy family. Remarkably, lettuce is native to the Mediterranean but is now grown globally. Thriving best in cool, loose soil, lettuce commercially grows abroad in China, India, and Spain. Domestically, lettuce is primarily produced in California and Arizona. What’s more, lettuce is such a common domestic crop that it can be purchased in grocery stores throughout the US all year long.

Depending on the variety of lettuce, it may vary in size, shape, and color, however, lettuces grow on a head and they’re leafy and predominantly green though sometimes red. Fresh lettuce is crisp in texture offering a bit of crunch to any recipe it calls for. It has a mild earthy taste though sometimes bitter depending on the variety. Lettuce is the main component in salads and often garnishes sandwiches and burgers. Other common preparations use lettuce leaves as a bread substitute and even juiced. Low in calories and carbohydrates, lettuce is highly nutritious and packed with vitamins C and K as well as folate.

Cymbopogon citratus, or lemon grass as it’s more colloquially known, is native to India and Thailand. Thriving in tropical and subtropical climates, lemon grass is popularly cultivated in regions of Asia, Australia, and Africa. Though it flourishes in perpetual heat, in the US lemon grass is primarily cultivated in Utah and Wisconsin in greenhouses or contained settings. Of note, fresh lemon grass is typically found in Asian food markets or farm stands throughout the US; it can also be shipped from online retailers.

Lemon grass grows in tall, thin blades that can reach heights of up to three feet tall. The blades of lemon grass are a muted green in color and can be eaten whole. Lemon grass is a common ingredient in Asian cooking and has a distinct lemony flavor. Typically, lemon grass is prepared by finely chopping the blades or hammering them to tenderize the tough texture. It’s common to sprinkle lemon grass into marinades, salads, sauces/pastes, as well as atop fish dishes. Doing so adds a hint of citrus to any dish. Concerning nutrition, lemon grass comprises potassium, phosphorus, and magnesium.

Discovered in Peru more than 9,000 years ago, the lima bean, which is scientifically known as Phaseolus lunatus, is named for the country’s capital of Lima. Lima beans are a warm-weather vegetable that is cultivated in parts of Asia, Africa, Europe, and Australia. Domestically, lima beans are commercially grown in Delaware, California, and parts of the midwest. Typically sewn in the early summer months, lima beans have a 12-week maturation stage before harvest. Lima beans are difficult to store fresh, so they’re typically found in the frozen food aisle of grocery stores.

Lima beans grow in coarse, inedible pods; the beans themselves are flat and range in color from light to dark green. Lima beans are too tough to eat raw and can be soaked or boiled to make them suitable for consumption. Lima beans have a slightly sweet and mildly nutty flavor and are a common ingredient in stir-fries, stews, and soups. Lima beans, which are packed with protein, are incredibly hearty and nutritious. They’re packed with nutrients such as calcium, iron, phosphorus, and potassium.

The lotus root is a versatile vegetable that is known to the scientific community as Nelumbo nucifera. Native to parts of Asia, Australia, and the Middle East, lotus root thrives in muddy, wet settings such as marshes and lagoons. Though lotus root requires protection from freezing temperatures, it’s easily grown in most climates. Some of the domestic locales where lotus root wildly grows include Texas and Florida. While some grocery stores do carry lotus root, it’s easier to procure this vegetable from online retailers.

Lotus root is oblong in shape and brownish in color and is similar in appearance to a potato. When sliced, the lotus root reveals a pretty lacey-looking, white interior; lotus root slices look an awful lot like sand dollars. Though lotus root can be safely consumed raw, it is both customary and more palatable to cook this vegetable. Lotus root is crunchy in texture and has a sweet and mild flavor. To prepare lotus root, you typically slice and boil it before adding it to your favorite recipe. Speaking of recipes, some dishes that commonly feature this vegetable include lotus stir-fry and lotus soup. Of note, lotus root is packed with protein, fiber, calcium, potassium, and vitamin C.

Your daily dose of vegetables is necessary for a well-rounded diet that incorporates your daily intake of vitamins, minerals, and other important nutrients. If you’re looking for inspiration for some new vegetables to incorporate into your weekly meals, consider trying some of these truly delicious and nutritious L vegetables. 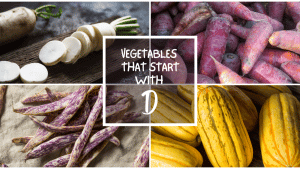 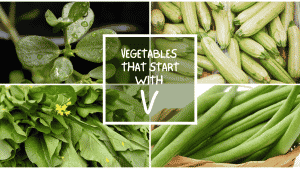 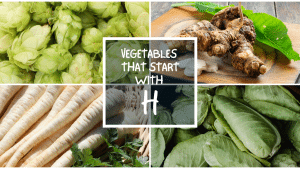