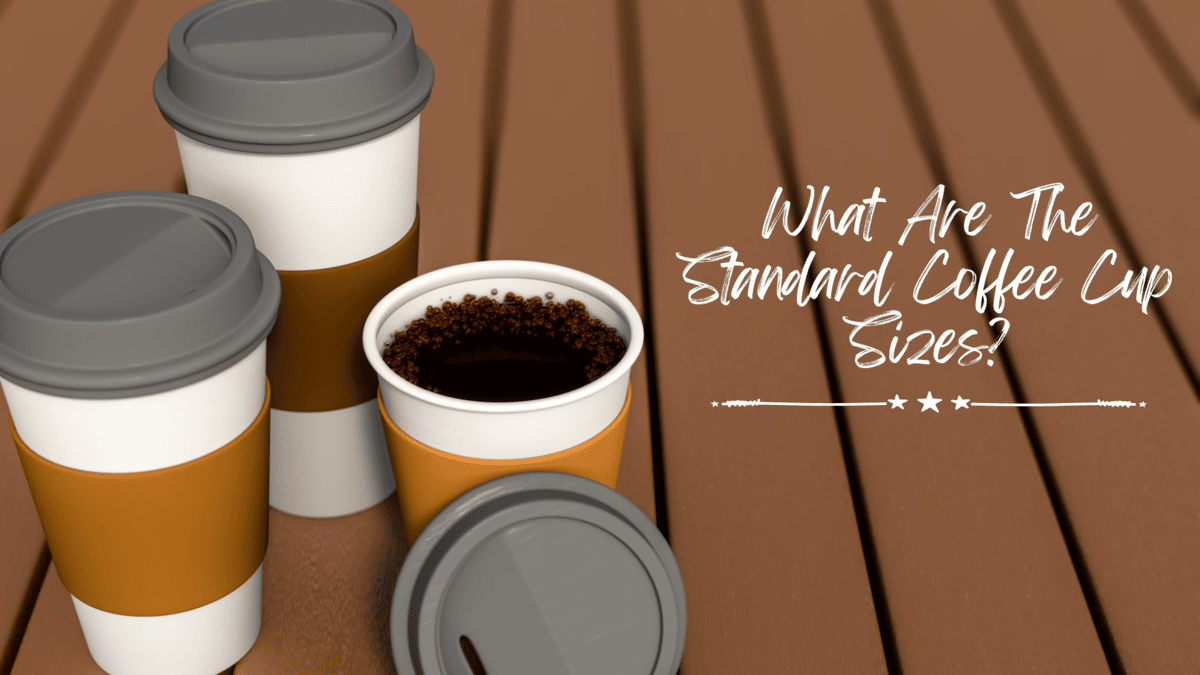 As a coffee drinker, you probably put a great deal of thought into the beans, the brew and the coffeemaker. However, do you ever give any consideration to the humble coffee cup?

Most people don’t, but it’s definitely worth understanding so that you can understand what you’re ordering no matter where you might wander in the world.

People in the U.S. tend to suffer from some “portion distortion” with serving sizes for everything being oversized. Nonetheless, there remain some standards for coffee cup sizes that hold true here and around the globe.

Is There a Standard-Size Coffee Cup?

That is a surprisingly difficult question to answer, one that depends heavily on where you are. That’s because the United States uses the imperial system of measurement that relies on units such as cups, ounces, tablespoons, teaspoons and others. Myanmar and Liberia are the only two other countries on the planet that use the imperial system.

All of the rest of the countries use the metric system with units of measurement such as kilometers, grams, milliliters and others.

However, if you paid a visit to Japan, you might notice that a standard cup size for coffee is 200 milliliters, which is equivalent to about 6.76 fluid ounces.

Clearly, declaring one cup size as the “standard” really depends upon which country you are in. Plus, it’s possible that certain coffee shops will set their own cup sizes to suit their exclusive beverages.

What About Your Coffee Maker?

Here’s something interesting: Most coffee makers in the U.S. consider six fluid ounces to be a standard cup of coffee. Keep in mind that this measurement is a quantification of the brewed coffee rather than the actual capacity of the cup.

That is, standard coffee makers in the United States generally are configured to generate six ounces of coffee as “one cup.”

How Did We Arrive At The Six-Ounce Measurement?

It has something to do with what is considered the golden ratio for a well-brewed cup of coffee.

Basically, a “cup” of coffee in the United States isn’t quite as much as one standard cup of liquid.

Why Is Six Ounces a Typical “Cup” of Coffee?

The reason that modern coffee makers consider six ounces to be one cup of coffee is a bit antiquated. Brewers make six ounces of coffee. This liquid generally will be poured into a cup that holds between eight and 12 ounces.

This all relates back to the golden ratio of coffee. For every six-ounce cup of coffee that you want to brew, it is necessary to add between one and two tablespoons of ground coffee. This is considered the ideal ratio for a great cup of coffee.

Notice that coffee cups tend to be larger than the six-ounces of coffee that they contain. Basically, no coffee drinker is really only drinking six ounces of their favorite beverage.

Why aren’t coffee cups perfectly sized for six ounces of liquid? Well, everything in the United States has become “supersized” in recent decades, and that includes coffee mugs.

This is why it is much more common to see coffee mugs that contain eight to ten ounces of liquid. Cups that hold 16 or 20 ounces are becoming much more popular as well.

Essentially, a “cup” of coffee is six ounces. This is a liquid measurement that is used when brewing coffee. It does not indicate the capacity of the mug or cup from which the coffee is drunk.

By contrast, the coffee mug has a measurement of its own capacity, which is nearly always much greater than six ounces.

Why Does the Six-Ounce Cup of Coffee Matter?

If you want to make great coffee at home, then it’s essential to be aware that the vast majority of coffee makers consider six ounces a “cup” of coffee. This level of standardization is critical. If you use your personal mug to measure the water that’s going into your coffee, you’re resulting cup of coffee won’t be nearly as potent or delicious. That’s because mugs do not come in standardized sizes that are designed to measure a liquid “cup” of coffee.

Having a standard unit of measure for making a cup of coffee is crucial for meeting that golden ratio.

Do you have a drip coffee maker? Perhaps you routinely set it for six cups and assume that you will get six mugs of coffee out of it. Unfortunately, it just doesn’t work that way.

That’s because the drip coffee maker considers six ounces to be one cup of coffee. If you set it for six cups, then it will make a total of 36 ounces of coffee. When using a 12-ounce coffee mug, you’ll only be able to fill your mug four times, not six.

Of course, you may not always want to drink an ordinary cup of Joe. You might be in the mood for an espresso, cappuccino or latte. In what kinds of cups are these beverages served?

Espressos frequently are served in cups called demitasses that are designed to bring out the unique flavor of the drink. Ordinary demitasses are between 60 and 80 milliliters, but it is possible to find variations that are between 103 and 118 milliliters. Recommended versions of these espresso cups are made of white china, have an elliptical shape and are devoid of interior decoration.

Cappuccinos typically are served in cups that are approximately twice the size of espresso cups. Measurements of between 147 and 177 milliliters are common. Generally, the rim of the cup is wide, but the base may be considerably narrower. A saucer is nearly always placed beneath the cup.

Cups that are made to hold lattes may more closely resemble bowls. Able to hold as much as 443 milliliters of coffee, these cups are designed to offer capacity for extra additions. It features a wide shape that is ideal for pouring steamed milk and creating a work of art that’s worthy of a photograph.

What Size Are Starbucks Coffee Cups?

In the U.S., Starbucks is a daily addiction for many. If you’ve ever wondered exactly how big or small each of their cup sizes are, here’s your chance to find out.

It’s possible to order a coffee from Starbucks in one of six sizes. These are:

Is it safe to use ceramic coffee mugs?

Some horror stories have circulated on social media in recent years about the potential dangers of using ceramic coffee mugs. You’ll be happy to know that ceramic coffee mugs are perfectly safe to use as long as they have been properly baked. That said, it may be wise to avoid cheaper varieties and opt for more expensive, brand-name ceramic mugs to ensure that the manufacturing process is above reproach.

Is there a standard coffee cup size?

In the U.S., most coffee makers are programmed to consider six ounces as one cup of coffee. This is less than the standard unit of one cup measurement, which is eight ounces. The size of the cup or mug from which you drink your coffee is something else altogether. Almost all coffee mugs are significantly larger than six ounces.

That is totally up to your personal preference. Coffee mugs vary in size from eight ounces up to 20 ounces or more. Some travel mugs are even larger. Still, if you’re going to be drinking an espresso, cappuccino or latte, experts definitely recommend acquiring cups of the appropriate size and shape. 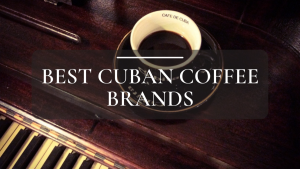 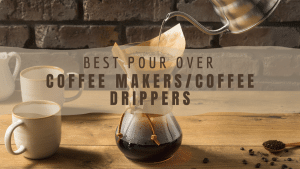 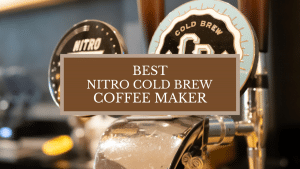 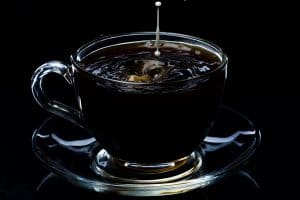 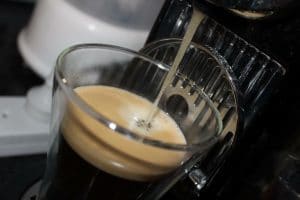 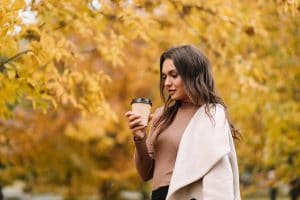