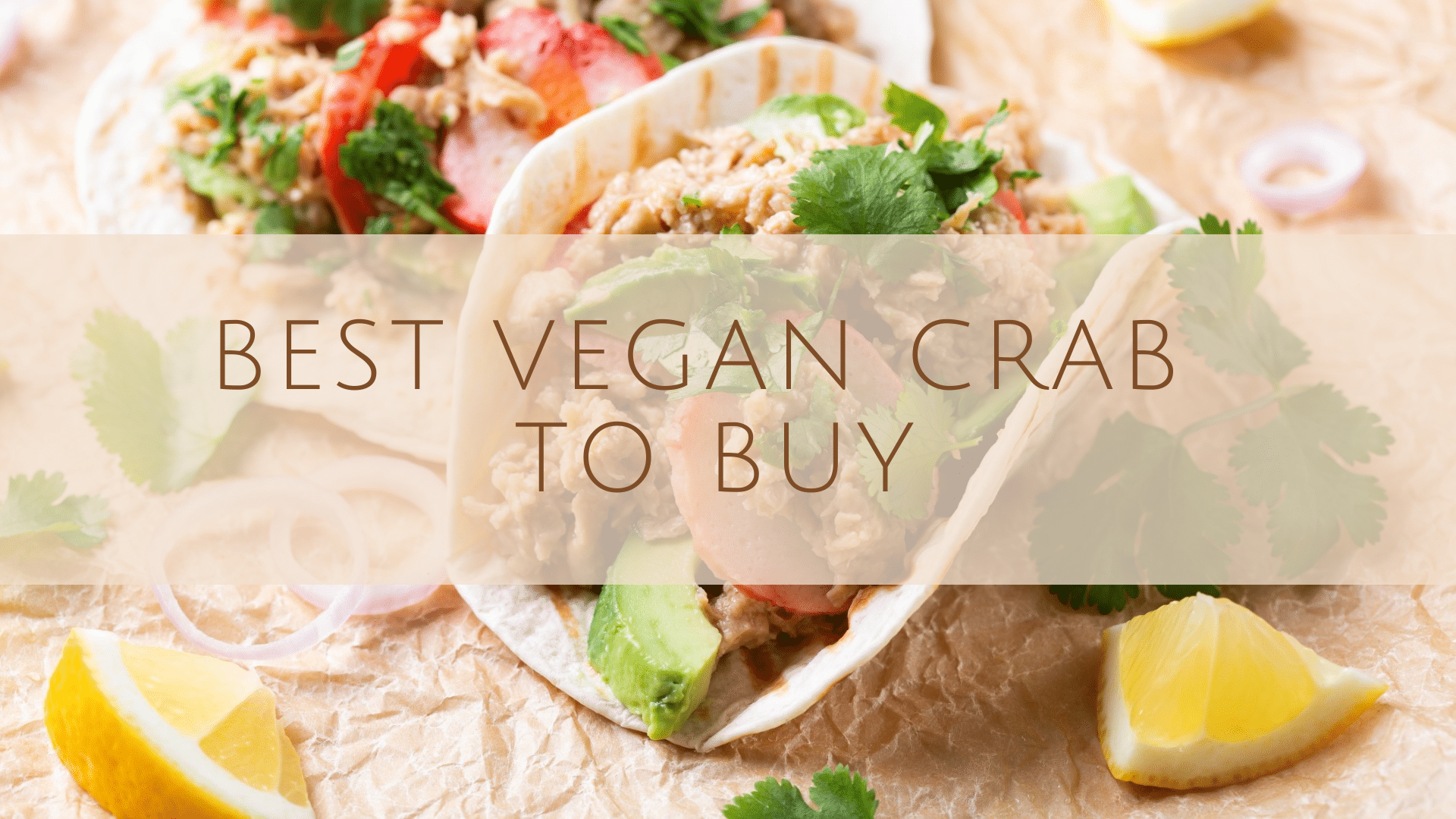 Online and in stores, plant-based seafood is now more accessible than ever before, from caviar to crab cakes. As a result, vegan seafood is booming as companies scramble to fulfill the rising demand for plant-based alternatives, including some excellent vegan crab substitutes. That said, what are the best vegan options for crab?

The best vegan crab is available from various remarkable brands, including Gardein, Sophie’s Kitchen, Hungry Planet, and Good Catch, to mention a few. When preparing your own, utilize the best vegan crab substitutes, such as jackfruit and artichoke hearts, as examples.

If you were ever wondering if imitation crab is vegan, it’s not! Furthermore, it is not even safe for vegetarians as it contains forms of ground-up fish. So this is when this list shines! But, with so many options, what makes these the best vegan crab alternatives? And, first and foremost, what is vegan seafood comprised of?

What Is There To Know About Vegan Seafood?

As vegan and vegetarian choices become more appetizing and closer in flavor and texture to the real thing, the plant-based meat business has expanded significantly in recent years.

On the other hand, plant-based seafood is only now beginning to gain popularity as a delectable and widely available choice. Seafood is also much more difficult to replicate than beef, chicken, or pork. As a result, organizations spend plenty of time and money investing in R&D to create items that will appeal to consumers.

While several sustainable seafood alternatives can be complex for the typical consumer to discern whether seafood is sustainable, many people choose to skip fish entirely to have a “greener” diet.

Many firms have reacted with plant-based seafood choices in response to the rise in vegan and vegetarian diets. Plant-based protein alternatives used to be restricted to beef, poultry, and hog knockoffs, but today you can discover a wide range of plant-based fish and shellfish.

This group supports cultured and plant-based goods. And even though the vegan seafood business is still in its infancy, manufacturers are continually pumping out fish-free items to meet the rising demand for plant-based cuisine.

Don’t be afraid to mix and match to discover your perfect textural mixture, like many plant-based seafood companies build lobster crab cakes out of artichoke and hearts of palm. Other than crab, it’s also available in multiple forms, including shrimp, fish sticks, tuna, and more.

Fortunately for vegans, there are several choices and substitutions for crab sticks. Although it may appear unusual at first, combining the correct veggies with marine tastes such as seaweed and Old Bay may result in a delectable faux crab.

Crab cakes, California rolls, and even vegan seafood salad may all be made with the following replacements. But, of course, you’ll never want to eat real crab again.

Having learned more about vegan seafood, let’s take a look at what makes this list of vegan crab alternatives the best, starting with jackfruit.

Because jackfruits have a little sweet but mainly neutral flavor, they absorb any seasoning or sauce you pour on them. The texture is stringy and soft, similar to shredded chicken or pork, which is why they’ve become such a popular meat alternative.

Although jackfruit is best known for producing vegan pulled pork, with a mild flavor and texture comparable to shredded crab meat, jackfruit is the ideal vegan crab replacement. Jackfruit is particularly good with crab cakes.

This colossal tree fruit is the major component in many vegan “pulled pork” dishes, and its meatiness may also be used as a crab alternative. In addition, this delicate fruit may be flavored in a variety of ways as it a great at absorbing essences. It’s available fresh or canned, and it’s a great addition to a variety of vegan or vegetarian dishes.

These days, jackfruit is being touted as the best vegan meat alternative. However, it turns out that a can of hearts of palm (which may also be purchased frozen) may give jackfruit a run for its money.

Hearts of palm, which are typically located next to the artichokes in the canned goods aisle, make an excellent crab replacement for salads, crab cakes, and even plenty of other shellfish alternatives.

Crab cakes made from the hearts of palm can become your new favorite vegan appetizer. When shredded, canned hearts of palm have a texture and flavor that is very similar to crabmeat. The next magical step is to turn them into crispy “crab” cakes or toss them into a delightful “crabby” spring roll.

Artichokes’ flaky texture makes them an ideal alternative for crab in several dishes. You may use them in dips, crab cakes, and sushi the same way you would any other item.

Artichokes make one eye-dazzling and flavourful vegan crab maki or crab fashion sandwiches with the proper seasoning. It has the perfect texture and bounce that will make any sushi enthusiast constantly reach for another.

Artichokes are also a favorite when it comes to making vegan crab cakes. I collected notes from an old Whidbey Island seafood cookbook and a recipe in Cooking Up The West Coast when I initially started experimenting for what would become an Artichoke and Chickpea Vegan Crab Cake recipe.

Both cakes were crab-filled. Chickpeas were my crab alternative for a vegetarian crab cake dish at the time. However, while the flavor profile pleased my taste buds, the texture lacked something. Then I heard an article on NPR’s Food for Thought about giving it more texture with artichokes. I was overly delighted with the result!

Finding inventive vegan sushi might be difficult unless your area is blessed with an outstanding vegan sushi restaurant. As a result, I’m confined to rolls having various avocado and cucumber combinations most of the time.

I miss the days when I could have a range of wacky Americanized sushi rolls with hot mayo sauces and a choice of textural fillings. Fortunately, that is where tofu makes its remarkable appearance!

Tofu is a fantastic medium for making vegan imitation crab because of its versatility. It’s possibly the best for creating sushi and Asian dishes when sliced appropriately.

Tofu isn’t a perfect substitute for crab for non-vegans everywhere, but it’s a great option if you want to make some incredible vegan sushi, such as plant-based California rolls. To minimize part of the water content, marinate the tofu block for a few hours, then thinly slice and pan-fry it.

Eating tofu every day is undeniably safe for vegetarians, vegans, and omnivores alike. This delectable plant-based protein can be used in almost any stir-fry, soup, or pasta dish, and it’s a great meat substitute in a vegan diet.

If you fall into one of those days where you just don’t have the energy to become that inspiring creative chef that you usually are in the Kitchen and find yourself in the mood for vegan crab cakes, don’t worry, I’ve got your back! The following brands are to die for!

Gardein, a vegan meat brand, offers a variety of non-GMO vegan meats, including two fish-alternative products that give protein and omega-3s the same way as traditional seafood does.

Their Mini Crabless Cakes are crispy and delicate pieces that are excellent for tossing with vegan tartar sauce as a finger snack. They also have Golden Fishless Filets, which are the company’s vegan version of fish sticks; pair them with fries for vegan fish and chips.

That’s not all; if you fall in love with their plant-based Crabless Cakes (which you will), you’ll love their beefless tips and chik’n strips.

This vegan seafood brand is no stranger to producing vegan seafood. Crab cakes, filets, smoked salmon, and tuna are among the vegan fishless goods available at Sophie’s Kitchen.

Sophie’s Kitchen is also famous for creating vegan breaded shrimp to resemble the texture of its seafood counterpart. Konjac powder, beta-glucan (a kind of soluble dietary fiber), and potato starch are among the plant-based constituents. You may obtain vegan shrimp at Walmart and Sprouts Farmers Market and online.

Vegan ground pig, beef, and chicken are all available in this award-winning line of chef-crafted plant-based meats. In addition, vegan ground crab and crab cakes are also available from the brand. The latter’s “crablike” texture comes from soy protein concentrate and textured wheat protein.

Although the former is presently only accessible through food service, you may purchase the lightly breaded and seasoned crab cakes online. Hungry Planet Crab Cakes are crafted with excellent plant-based meat that tastes and feels much like the traditional crab version.

The Hungry Planet Crab Cakes are likely to please seafood fans and vegans alike since they’ve been chef-crafted to be tasty and healthy. Moreover, as a healthy alternative to traditional and competitive meats, they contain more protein and fiber, fewer calories, and fewer fats (no trans fats).

Good Catch is an all-vegan, non-GMO fish company that uses a unique six-legume blend (which packs protein and mimics the texture and flakiness of seafood) and algal oil to recreate the sensation of eating traditional seafood (which yields seafood flavor and omega-3s). They have three types of vegan tuna pouches: Naked in Water, Mediterranean, and Oil & Herbs.

Their crab cakes are plant-based, vegan/vegetarian, and have a natural texture and flavor while seasoned with authentic New England spices! This dish has a crabmeat-like texture and original seafood flavor with sweet red and yellow bell peppers, green onions, parsley, and a dash of seasoning.

Take these plant-based crab cakes out of the freezer and fry them in a skillet. Serve with a plant-based spicy mayo and a slice of lemon as an appetizer. Then, try them in stuffed mushrooms with your favorite red sauce for a heartier dinner.

Gathered Foods, the parent business of Good Catch, a plant-based tuna brand, received $26.35 million in investment in April. Last year, the firm received $36.8 million in the capital, with celebrities like Woody Harrelson and Paris Hilton investing.

Revo Foods, a food tech business, reported that it had raised €1.5 million to develop its 3D-printed plant-based seafood in the same month.

According to a new analysis, the worldwide plant-based seafood market is expected to develop at a compound annual growth rate of 28% over the next ten years. FactMR (a market research company) estimates that the sector will be valued at $1.3 billion by 2031.

So, What Is The Best Vegan Crab To Buy?

As you’ve already seen, vegans may enjoy the flavor of imitation crab without killing sea animals thanks to a variety of options.

So whether you prefer to get premade crab cakes for a quick sizzle in the pan or you feel inventive and need to know the best plant-based vegan crab alternative, it has you all covered! 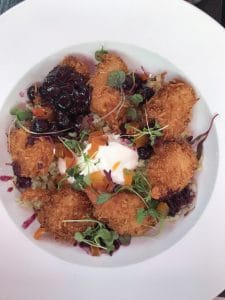 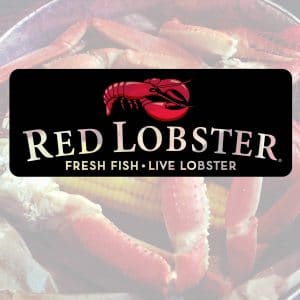 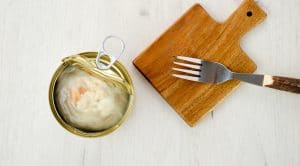 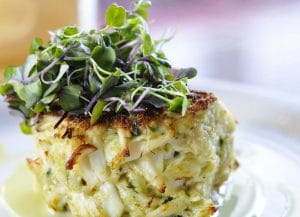 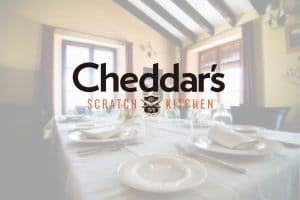 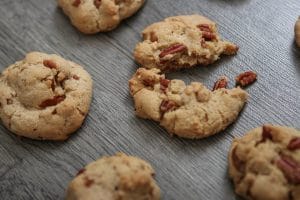 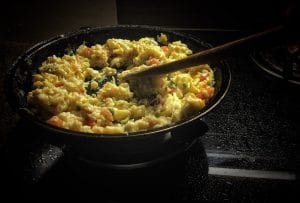 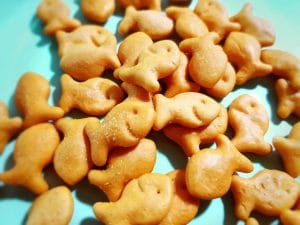