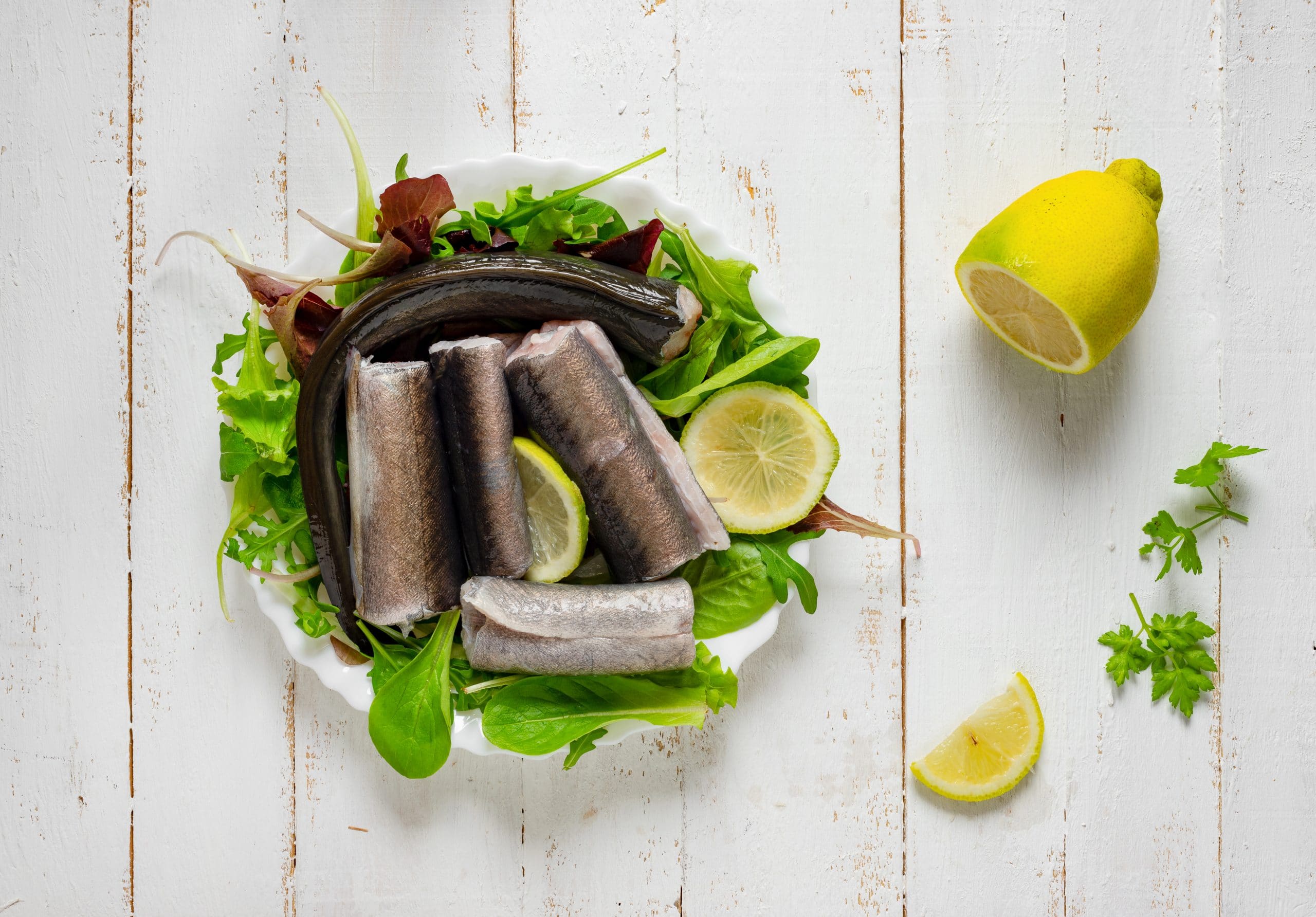 Nobody has ever eaten an eel for its looks. Their true beauty comes from the mesmerizing way they cut through the water. But the eel, itself, has a long slimy body and a face only its mother would love, full of sharp, pointy teeth. Yet the Japanese adore it so much they all eat it on the Midsummer Day of the Ox.  Is eel that tasty?

Eel has a light sweet taste, devoid of fishiness. The succulent protein’s flavor is heavily impacted by how it is cooked, as it easily absorbs flavors. Thus, eel responds beautifully to being smoked. Eel’s flesh is firm but tender, lending itself to being compared to lobster or catfish.

It is rare to find someone who has tried eel and not found it delicious. While it is most popular in Japan, it is a delicacy enjoyed worldwide. Eel is healthy, too. Like many fish, it is an excellent source of omega-3 fatty acids and other essential nutrients. Yet, despite being a fish, eel doesn’t taste like one.

There are two main types of eel: unagi (freshwater) and anago (saltwater). Both have a sweetness to their flavor, but the freshwater has a bolder taste while the saltwater is milder. Their flesh is firm but tender. The most significant difference is found in their skin, as the saltwater eel’s is tougher.

The most common foods eel is compared to are lobster and catfish. Some find the sweetness similar to that of chicken. However, it would be disingenuous to claim that eel tasted like poultry.

Unagi is the most desired type of eel in Japan. They consume 70% of the global catch. The preparations of this Japanese delicacy date back thousands of years. It is said that it provides special stamina to get a person through the heat. Hence it is the food of choice on the Midsummer Day of the Ox.

Unagi has not as sweet as its saltwater cousin but has a bolder, richer flavor. This lends itself well to the popular barbequed filet preparation, known as kabayaki, that involves a sweet soy sauce.

Its firm texture, bold taste, and ability to meld well with sauces make it well suited for sushi and pickling, too. When fried, the outer skin is crunchy, and eating it is a refreshing experience similar to cucumber but far tastier.

Despite anago having tougher skin, it has both a softer taste and texture. It is, however, the sweeter of the two.

Two very popular ways of serving it are deep-fried tempura or sushi. These are typically served with eel sauce which is made up of soy sauce, sake, mirin, and sugar. Eel sauce is incredibly versatile and is absolutely divine on foods such as eggplant and chicken.  It brings out the natural sweetness of food without tasting sugary.

Eel does not contain that fishy taste that is commonly found in crab. In this respect, eating eel is more like chicken, but without tasting like it. There isn’t typically an aftertaste with eel. Any lingering flavors tend to be from the sauces or a smokiness if smoked.

Despite eel’s resemblance to a sea-snake, the two do not taste the same. Snake is an incredibly lean with a slightly earthy and gamey flavor that reminds some of quail, while others of gamey pork.

Eel, on the other hand, is fatty. While it is a healthy fat, like salmon, it gives it a texture and taste very different from snake.

Is Eel Raw In Sushi?

Eel is not raw in sushi. It is traditionally grilled or steamed for sushi, although there are places that fry it. In Japan, preparing eel is a specific profession, so specialized chefs prepare it. Thus, sushi chefs do not typically cook the eel themselves; they simply use the already cooked eel to complete their dish.

Eel’s delicious flavor can easily be marred by imprecise cooking. Poor preparation can also lead the typically tender and succulent flesh to become anything but.

Eel is not eaten raw as it can be toxic. While cooked eel is perfectly safe, eel blood is poisonous. This is handy for eels in the wild, as it quickly discourages predators from eating them. Eel blood is drained away when cleaned and filleted. However, as it doesn’t take much eel blood to kill a person, it would be foolhardy to attempt to consume it uncooked.

The toxic component of eel blood comes from a protein that causes muscle cramps. While this hardly sounds serious if it is a person’s calf or bicep, it is when that muscle is a person’s heart.

Cooked eel is safe to consume. While some have fears over eating it due to its blood’s toxicity to mammals, the blood is removed by the cleaning and filleting process. Nonetheless, you should never eat it raw, no matter how well it has been cleaned. The toxic protein is destroyed by heat; thus, cooking will ensure it is safe to consume.

Electric eels are not eels but part of the same carp family as the catfish. While they are technically edible, not many people eat them. This is due to their ability to release electrical volts, making them not much fun to catch. Thus, while eating them is safe, catching them might not be.

Even if you did successfully catch and kill an electric eel, there isn’t a lot of meat despite their size. This is because they have three large organs that take up the bulk of their insides. These organs are what produce their voltage.

Then there are its bones. Real eels also have bones but are limited to their spine. Electric eels have a far different skeletal physique, making what little meat they have rather laborious to pick out. To top it all off, the electric eel isn’t even that nutritious. Thus, they are very pesky animals to hunt for little substance or nutritional value.

What Are Popular Eel Dishes Outside Of Japan?

While eel is most popular in Japan, it has a global appeal. Regional eel dishes abound. While none of them have swept across the world in the manner of sushi, that does not mean they are not tasty. Thus, here are seven other eel favorites outside of Japan.

This is a braised eel dish from Lazio in Italy. It involves puréed tomato, garlic, rosemary, and sage, with a touch of spicy pepper.

Caldeirada de Enguias is a traditional dish from Portugal. It is a stew that, aside from eel, has onions, potatoes, and bell peppers. Its special ingredient is saffron.

Canh Chua is a Vietnamese soup that hails from the region of the Mekong Delta. In addition to eel, it has snake, catfish, pineapple, tomatoes, okra, beans, and many herbs.

Capitone Griglitato o Fritto is from Italy. It is often prepared on Christmas Eve, as traditionally, meat was avoided on this day. The dish, at its essence, is fried eel. Seasoning is minimal, such as salt and pepper, olive oil, vinegar, garlic, and lemon.

Gerookte paling is Dutch smoked eel. It is generally served in a deceptively simple manner, with plain crackers or a roll, but packs a flavourful punch.

As mentioned above, jellied eel is a popular UK delicacy. Eel is cut up into chunks and boiled in stock. Its own fat creates gelatine that, when cooled, jellies the eel. This is eaten cold.

Neretvanski brudet comes from the Neretva region of Croatia. The dish’s base is eel and frog that after frying in spices, is braised in a tomato-based wine sauce, spiced with chili.

Is Eel Safe To Eat When Pregnant?

Vegetarian sushi is safe as no raw flesh is involved. Eel, prawn, and crab sushi all involve cooked fish. However, it is always wise to confirm when ordering that these fish are indeed cooked as some restaurants do use subsisted fish and flavor them. Thankfully, most of these substitutes, such as imitation crap, are precooked before being used in sushi.

Is Eel Low in Mercury?

The American Pregnancy Association has eel listed as a fish with lower levels of mercury. This means it is safe to consume up to two 6-oz servings a week when pregnant.

Nutritional information is generally based on freshwater eel, but the health benefits are relatively similar. It is a healthy protein and an excellent source of omega-3 and omega-6 fatty acids. Eel is also a good source for Vitamins A, D, and B12.

Is Eel A Sustainable Fish Choice?

There is some eel listed as “good alternative” on the Monterey Bay Aquarium Seafood Watch. However, one must take care, as the majority of the eel is listed as “avoid.” Europe considers them as “safe” to eat so long as it is from a farm approved by the Sustainable Eel Group.

Generally, advice is to eat saltwater eel rather than freshwater, as freshwater stocks are the most threatened. However, even this is controversial.

Why Is Eating Eel Controversial?

While eating eel is undeniably delicious, there is growing controversy on consuming it. This is because there is a severe misunderstanding about farmed eel. While an estimated 90% of eels consumed does come from farms, this does not mean the eels are not from the wild. In fact, humans have yet to figure out how to get eels to breed in captivity.

Thus, eels have to be caught in the wild as babies and then taken to the farms to be raised. This greatly increases the chances of them reaching adulthood and technically reduces the stress on wild stocks. Even so, none of the babies caught will ever reproduce.

Also, how we catch them as babies impacts numbers in the wild. In some places, such as the United Kingdom, baby eels are caught by hand nets. But this rule is not observed by all European countries or the rest of the world. Thus, many places fish for them through high-speed trawling, creating greater damage.

Thus, the pressure on wild eel is not meeting demand, even when raised to the age of harvest in farms. As a result, global stocks have plummeted by 75% since the 1980s. So, while eel is often presented as being sustainable because 90% comes from farms, the situation is far more complicated than that.

The greatest strain is on the freshwater eel population, as this is the preferred delicacy in Japan, eel’s largest consumer. Thus, if you wish to try eel, it is suggested that you select saltwater.

Why Does Eel Cost So Much?

Eel was once a popular food amongst London’s poor. Now it is a delicacy. So much so, there are times when certain types of eel can rival bluefish tuna as the most expensive fish in Japan. This is due to lack o of availability driving prices up.

Also, farmed eels are incredibly labor-intensive to care for, requiring three feedings per day.  Baby eels are often raised for a year before being sold for consumption. The costs of their protein paste and pellets adds up. Thus, the days of this being an inexpensive and delicious protein source the poor could fish on their own are gone.

Eel is a deliciously light and sweet fish. It can be prepared in many ways, including grilled, smoked, and jellied. It is also an incredibly healthy source of protein and omega-3 fatty acids. Eel is considered safe to eat during pregnancy, as its mercury levels are low. However, due to its high popularity, eel stocks are dwindling.  So, when giving it a try, ask for saltwater eel. 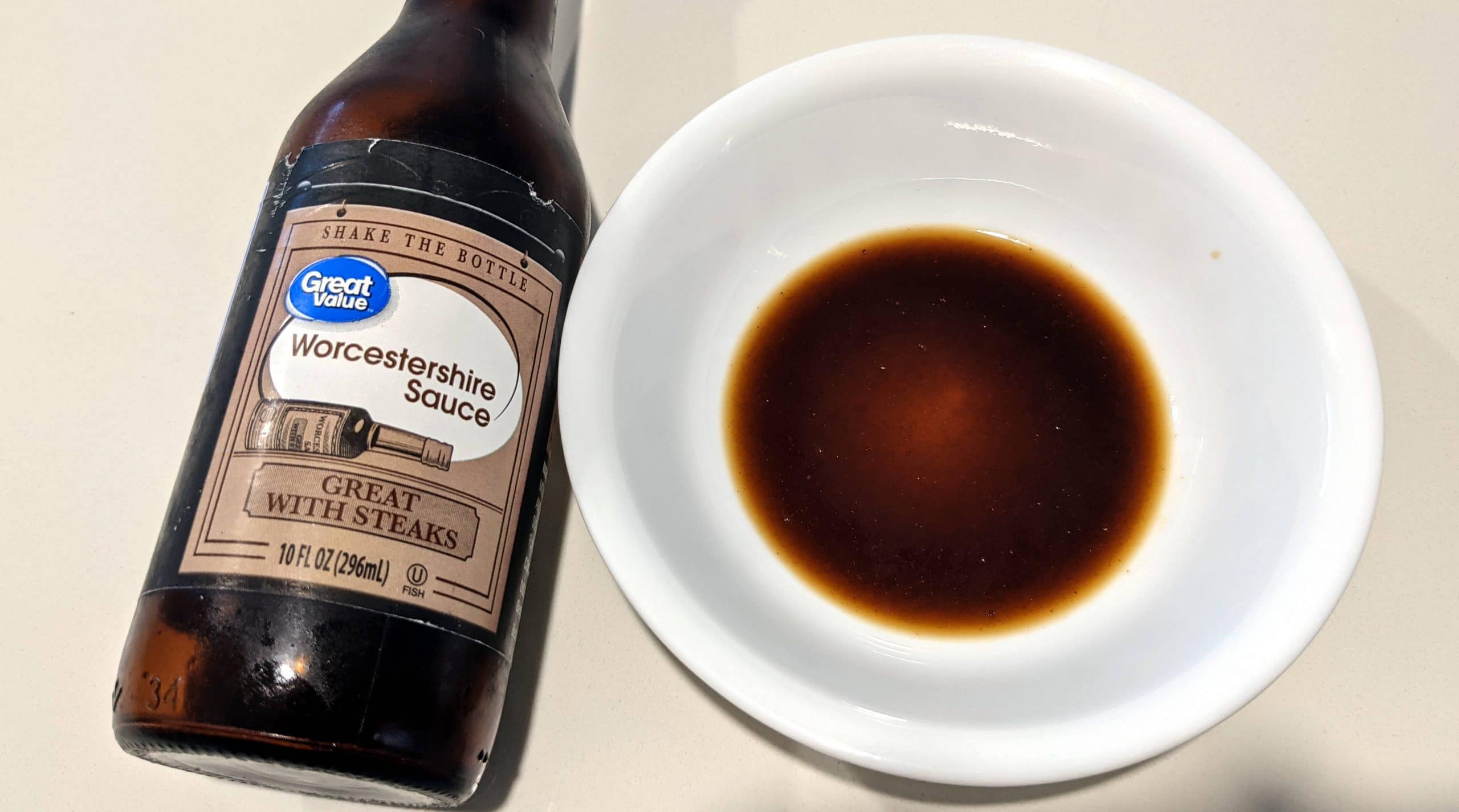 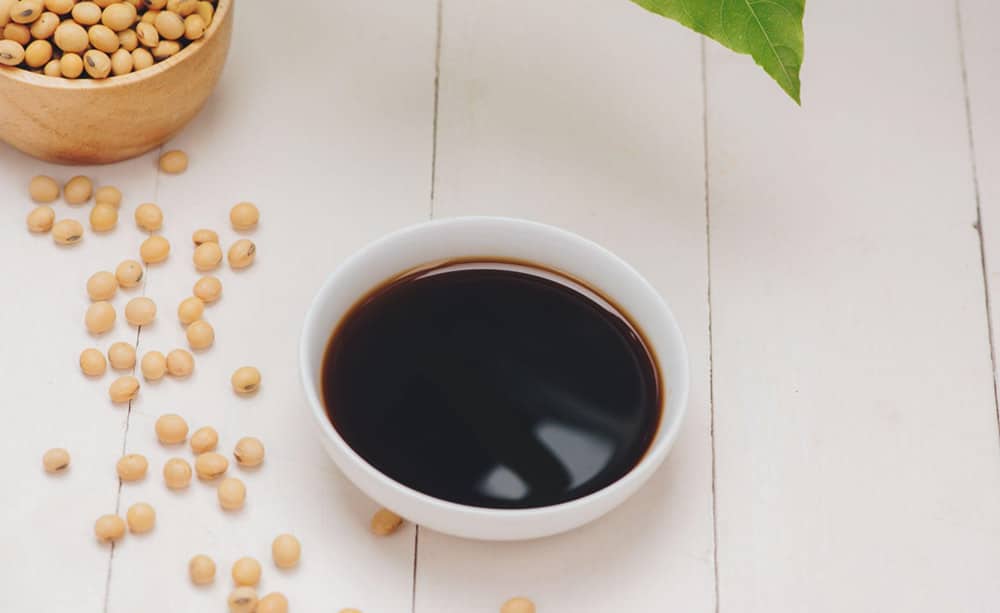 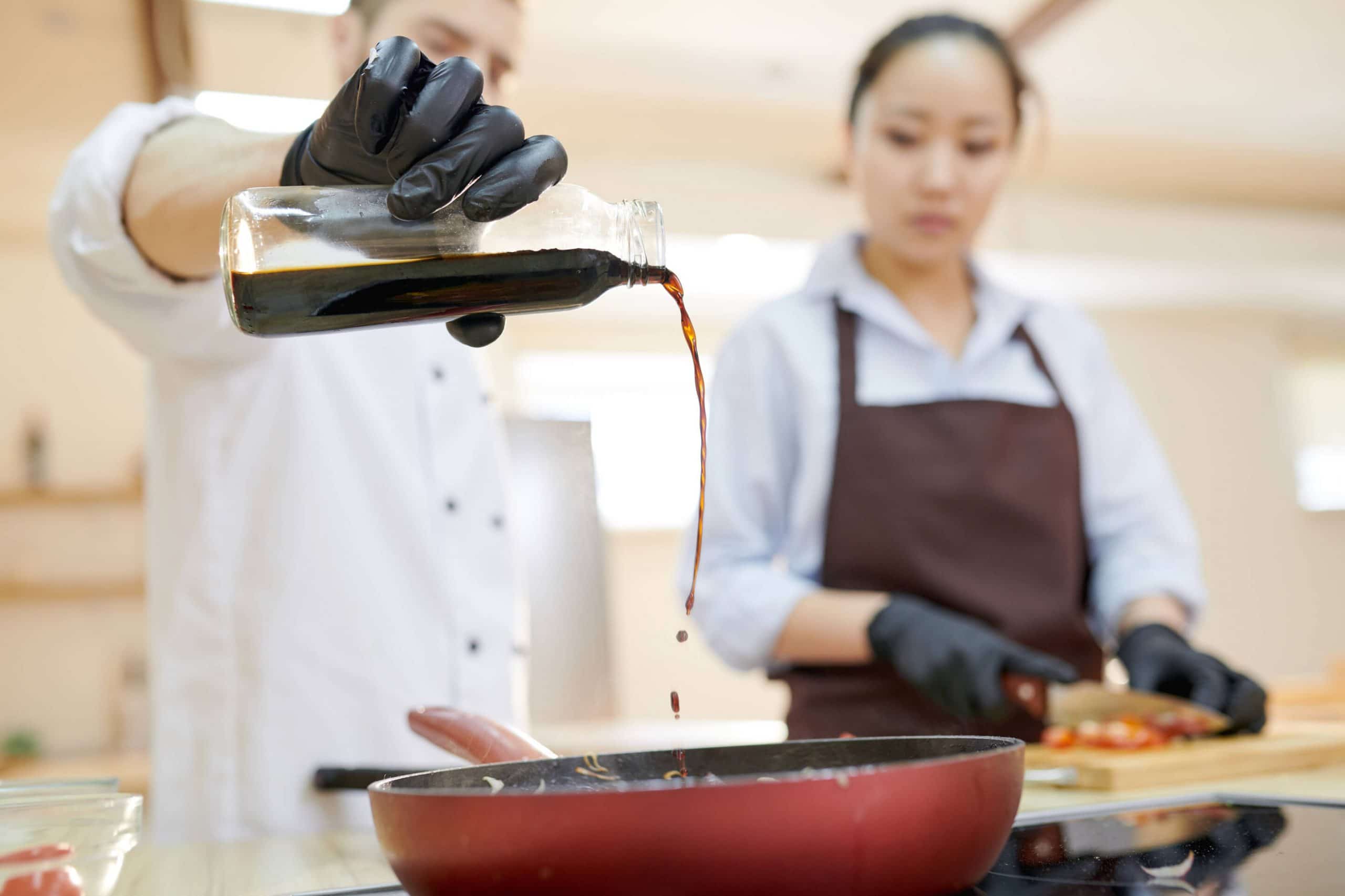 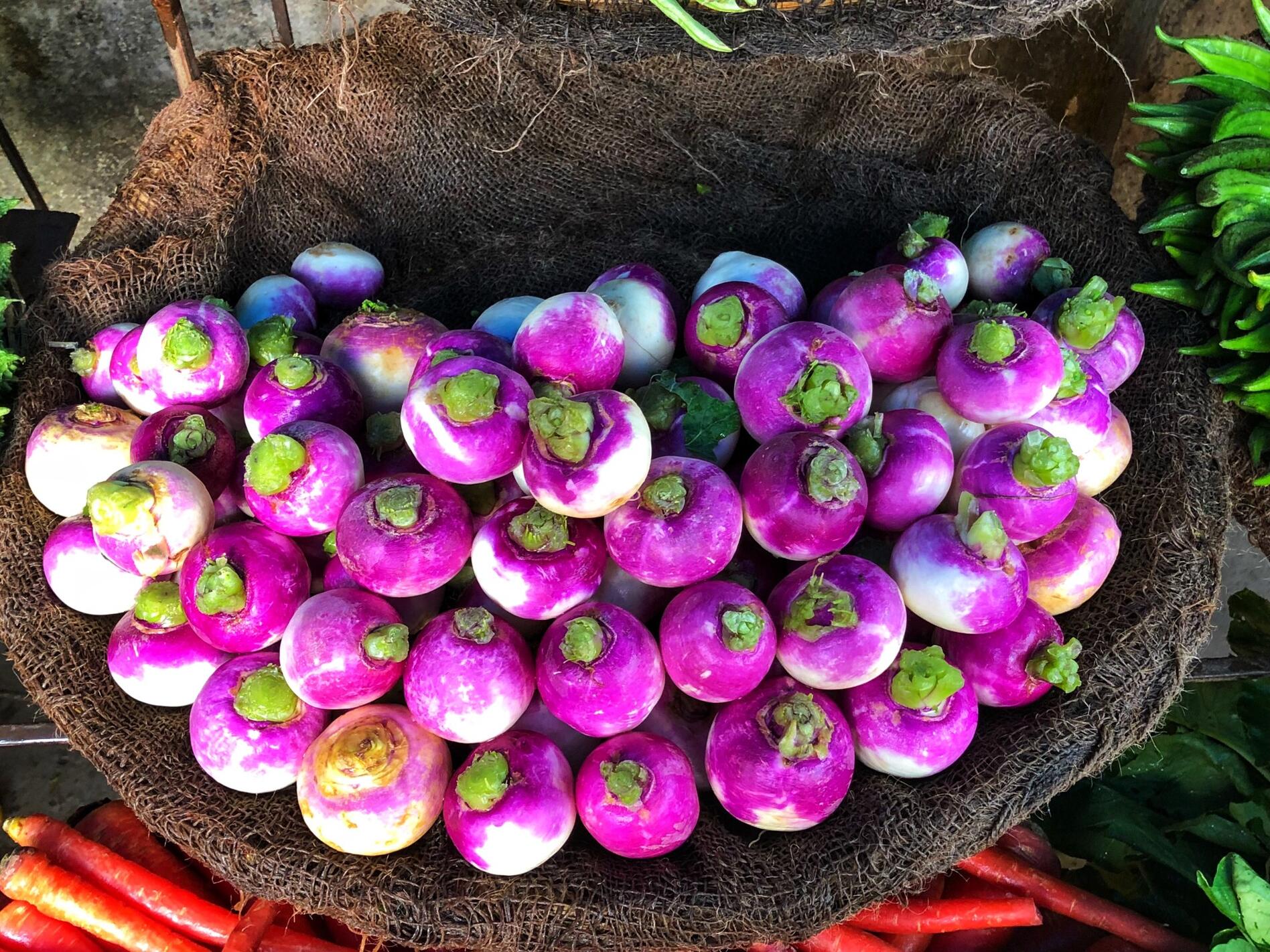 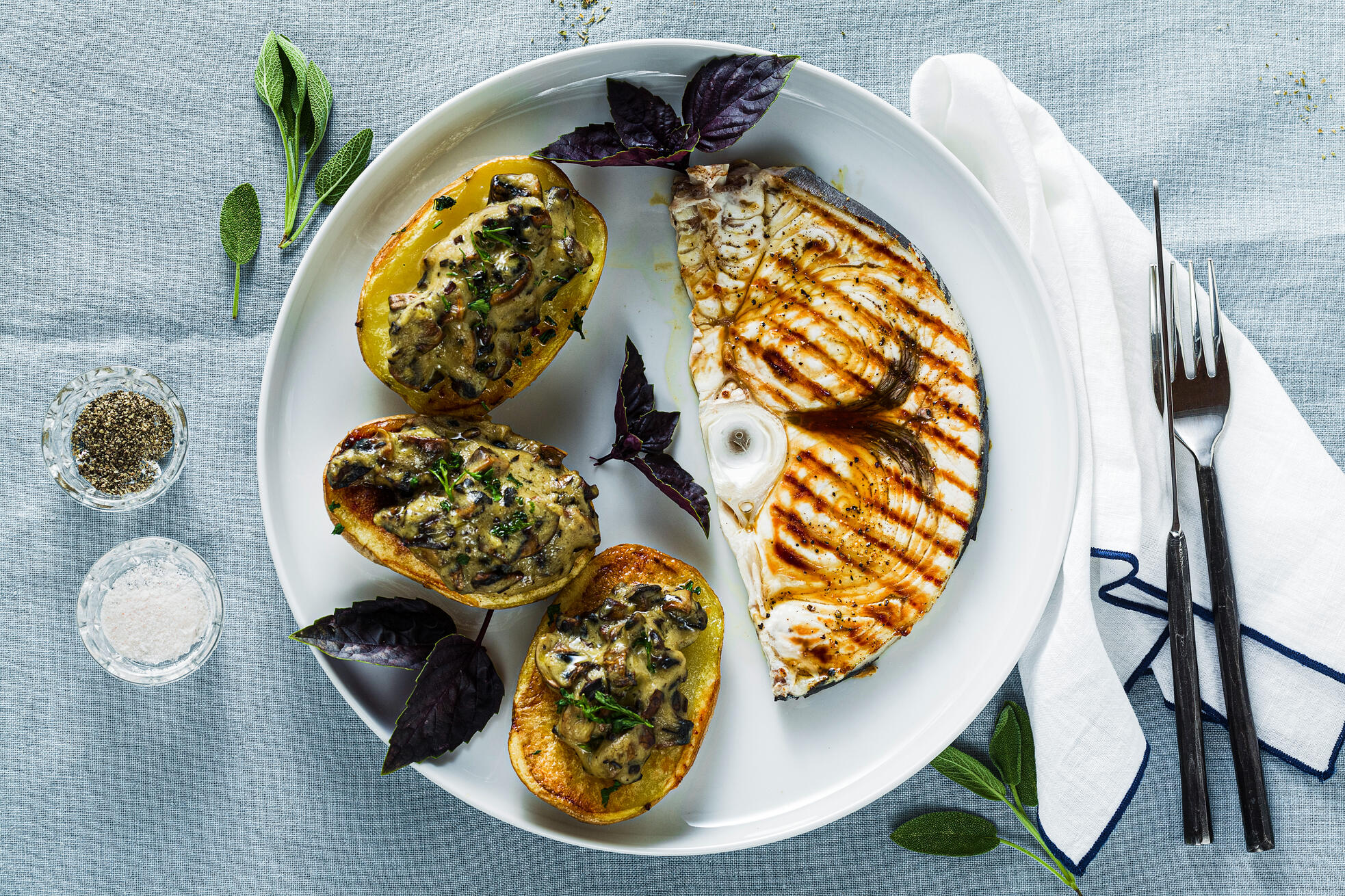 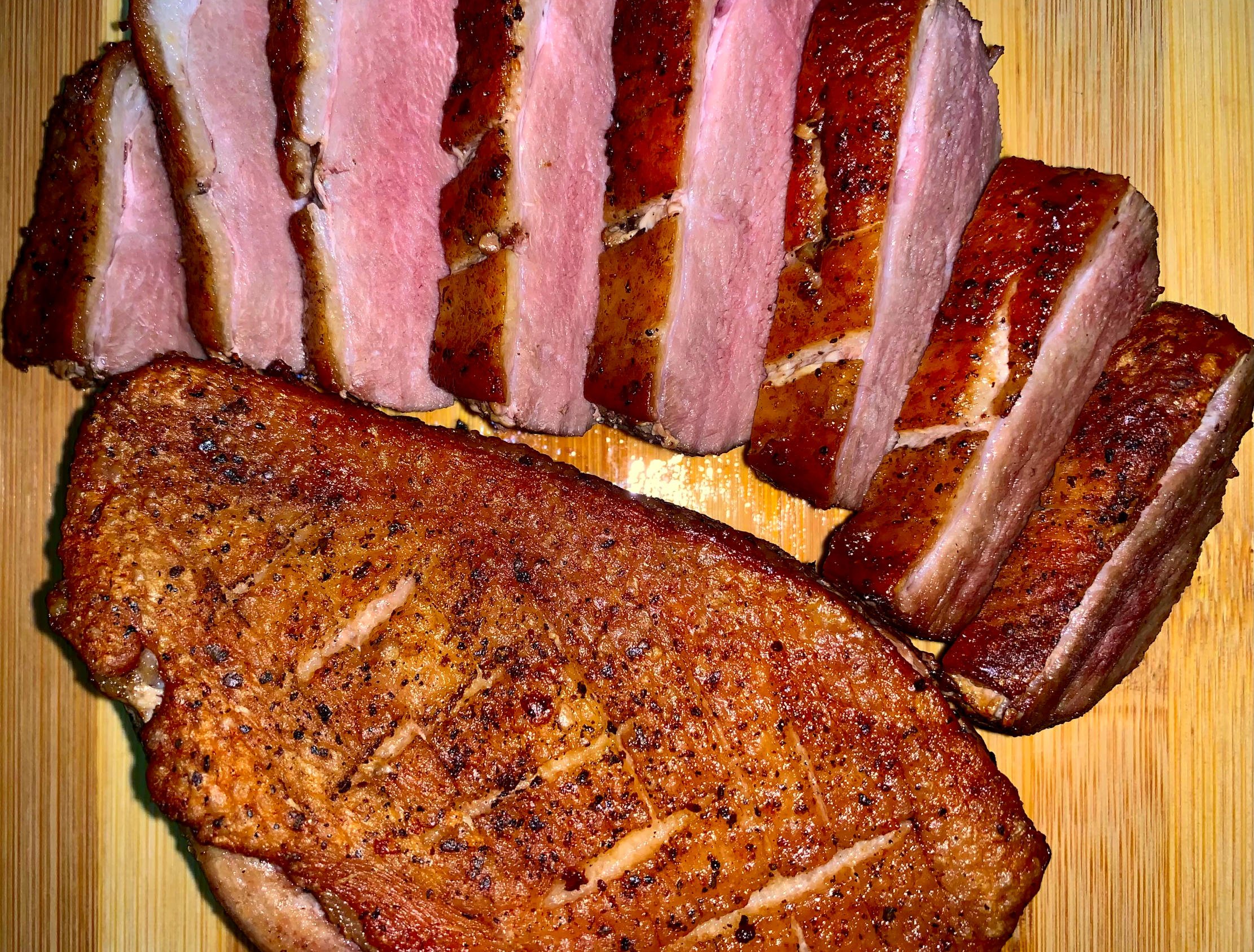 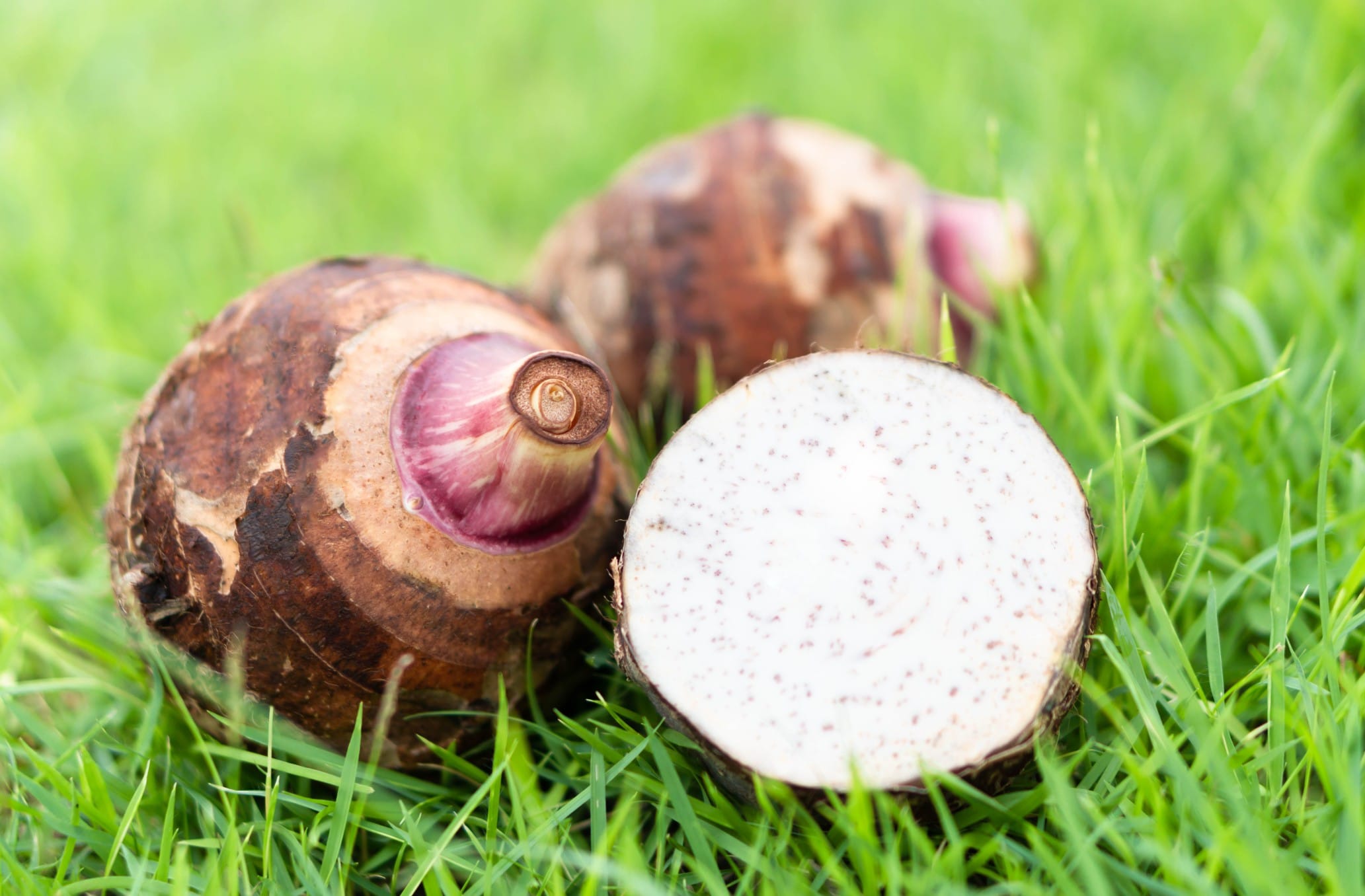 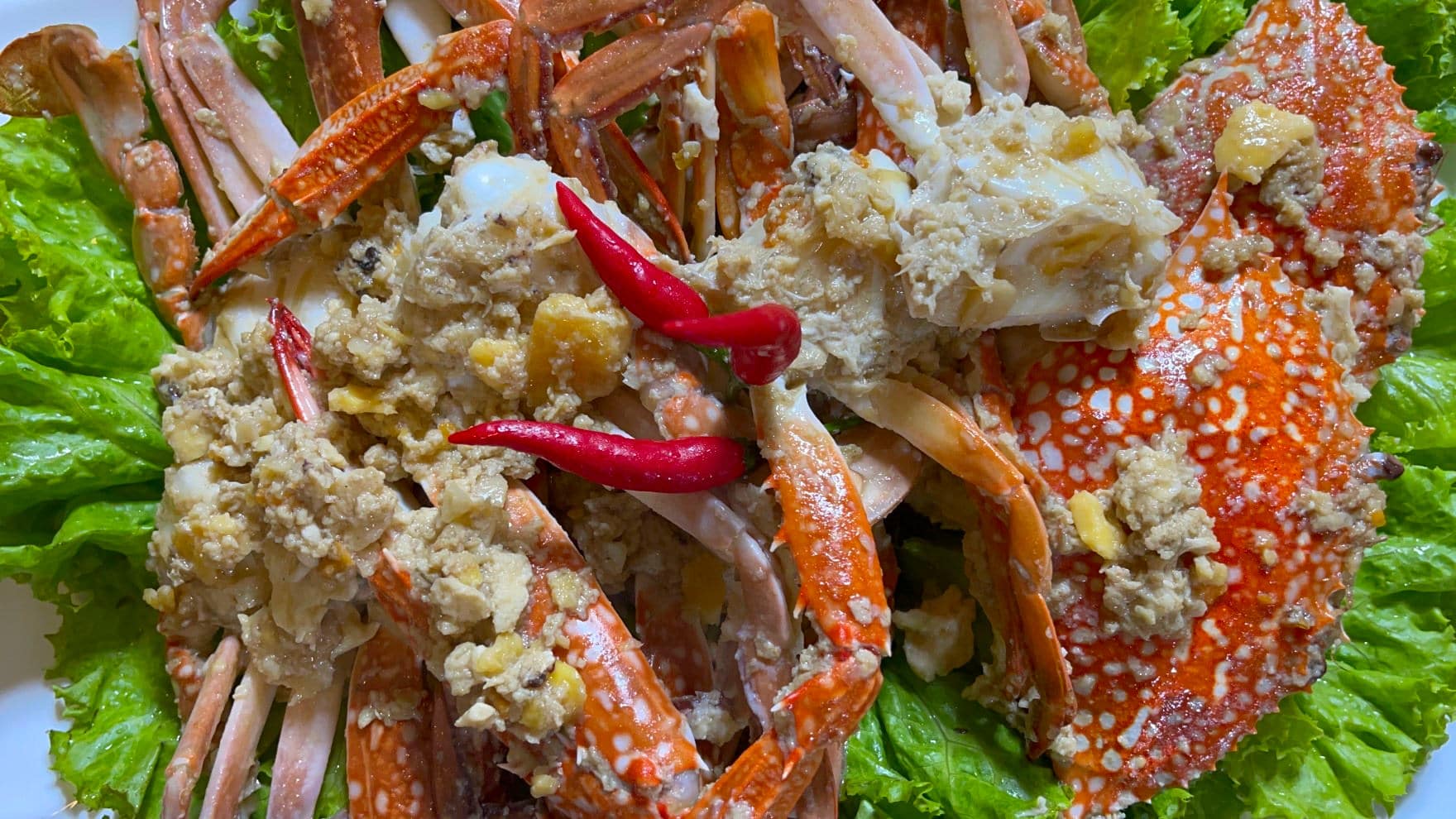 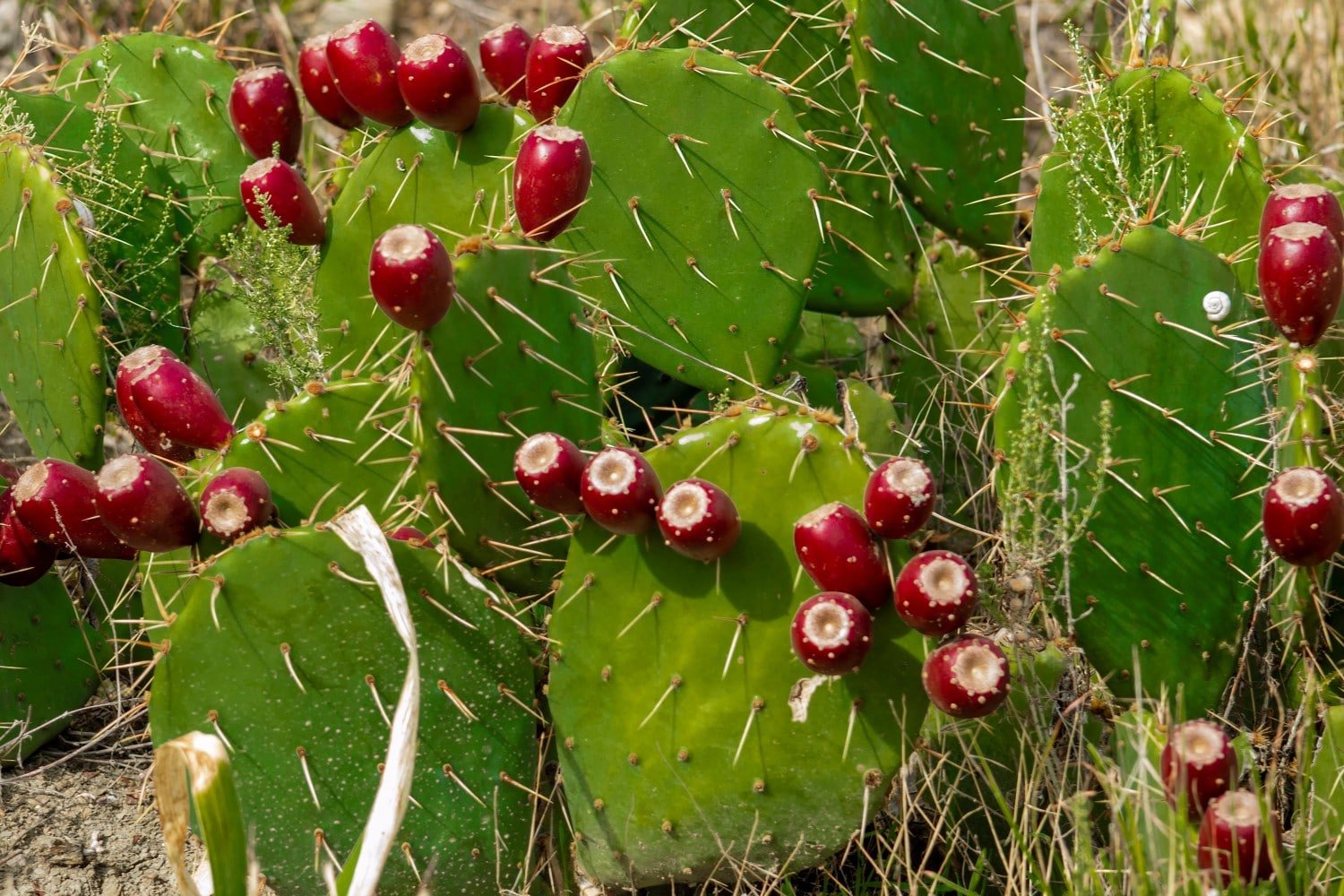