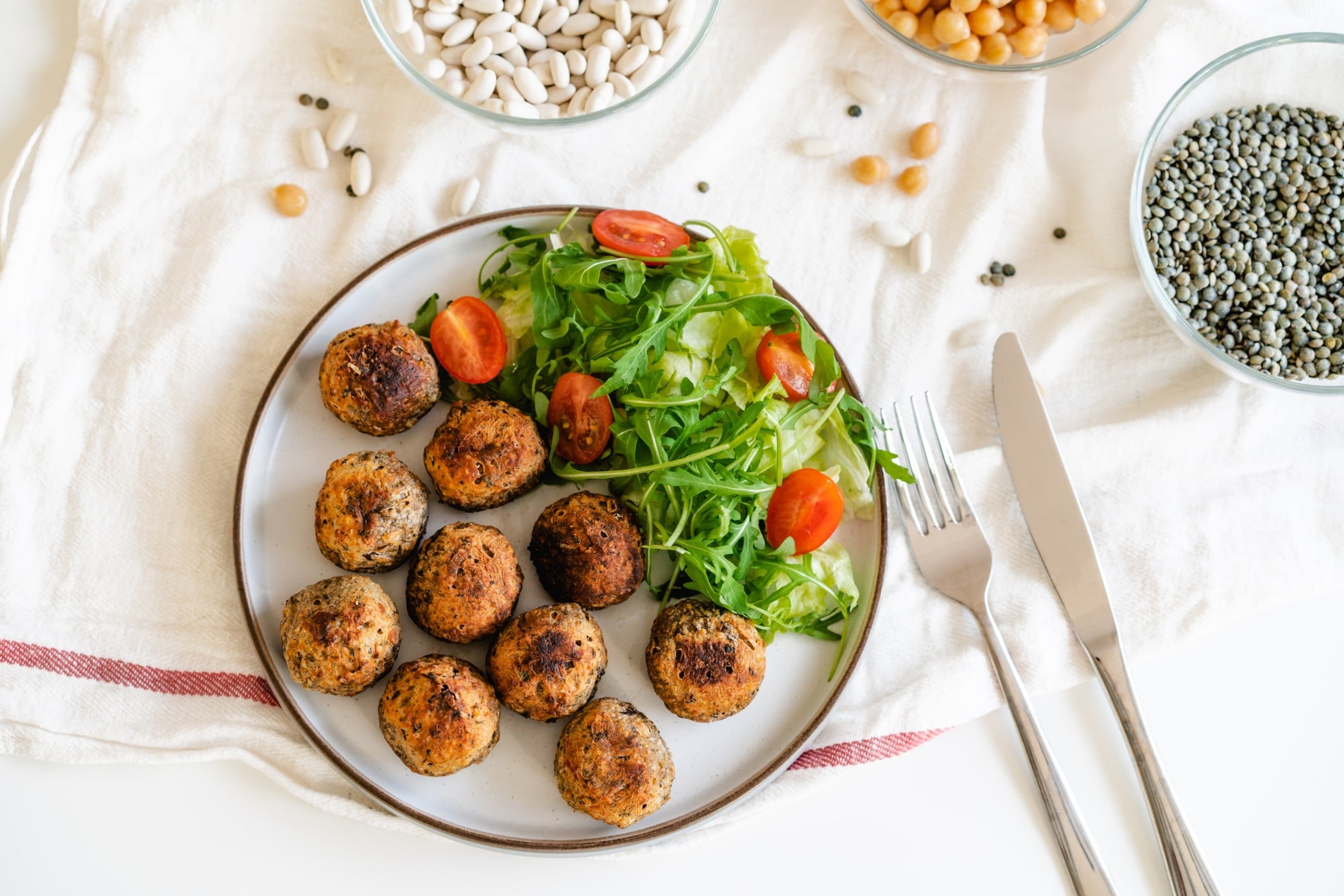 These days Meatless Monday is almost as well-known as Taco Tuesday. But with 89% of Americans still eating meat, the Western diet remains unsustainable. Many will not consider becoming a vegetarian or vegan. Thus, there is a huge need to find ways to get Westerners to further reduce their animal product consumption. Hence, the invention of hybrid meat.

Hybrid meats combine animal products with vegan foods. Rather than using nutritionally lacking extenders, binders, and fillers, they use vegetables and pulses such as mushrooms, peas, and fava beans. This reduces the ratio of meat in a product while retaining genuine meat flavor.

In the past, consumers had a binary choice of either to buy meat or vegetarian. For example, they could buy vegetarian burgers or meat burgers. However, many people are not willing to exchange the taste of meat for a vegetarian option, no matter how much the market has improved. Thus, hybrid meats are providing a third alternative: reduced meat products.

What Is Hybrid Meat?

Hybrid meats, also known as blended meats, combine real meat with vegetables, pulses, and grains. Many aim to use less soy and high carb fillers such as corn and promote your “five a day” with fillers such as cauliflower, carrots, and spinach. Even the grain fillers are expanding past empty calorie carbs towards healthier alternatives such as brown rice and oats.

The market for hybrid meats emerged as the push to get meat eaters to eat meat replacement products failed.  The majority of Western consumers still want meat despite recipes such as The Meatiest Vegan Black Bean Meatballs Around.

Thus, the success of these new hybrid products heavily relies on marketing. Those that emphasize flexitarian benefits tend to fail. Those that focus their message on flavor and nutrition, such as being less processed, with real vegetables as part of your “5-a-day” have greater success.

What Is Hybrid Dairy?

Hybrid dairy is a combination of milk with a vegan alternative, such as oat milk. Hybrid dairy products have already existed in some manner, from “spreadable butter” to less expensive cheeses and ice creams that have used vegetable oils and shortenings to reduce the dairy content.

However, hybrid dairy products aim to use healthier additives, either as a bid to reduce dairy or, in the case of Peekaboo ice cream, help parents sneak vegetables into their picky eaters. Meanwhile, Shamrock Farms is re-imaging chocolate milk with their swirled range blending coconut or almond cream with dairy. Then there is Laughing Cow with chickpea cheese spreads.

Is There Hybrid Fish?

Hybrid fish is technically possible, thanks to products such as EuroSoy. However, the trend for plant-based faux-meats appears to be more popular. For example, Planteneers’ focuses on the sushi market with products such as alt-tuna and salmon. These draw products generally draw upon soy or pea proteins.

These faux-fish are looking into new ways to bring out the seafood flavor. One such avenue is to use vegan-friendly sea products such as algae extract. Good Catch sometimes uses seaweed powder in their products, which have protein bases that include chickpeas, lentils, and a variety of beans.

In addition, there are startups looking into the possibility of making fish from stem cells. San Francisco-based Wild Type is looking into salmon, especially for the sushi market. Finless is another California-based operation that’s looking into making cell-cultured tuna. Like Wild Type, they are also targeting people’s love of sushi.

Hybrid meats taste pretty much like the original meat. In fact, the reviews of Rebel Meat’s burgers are that they taste like burgers. Unlike vegetarian replacement products, hybrid meats don’t have to try to imitate a meaty flavor because they already have it. This also gives them the smell and texture of meat without using fancy laboratory methods to imitate it.

The other advantage of hybrid meats over 100% plant-based alternatives is that fat carries so much flavor. Thus, the flavor from the meat fat is not only present but can be maintained throughout the hybrid, thanks to plant-based fats such as coconut or canola oil.

Hybrid meats have to find vegetable proteins that will enhance meat’s flavor, texture, and odor. The other trick is keeping the texture similar to the original meat product. Mushrooms, chickpeas, and “meatier” beans, such as fava, are good at doing this while also keeping hybrid meat healthy.

Hybrid dairy’s ability to be “like” the original dairy product depends on the product. Hybrid dairy does an excellent job at retaining the creaminess of original products. This is because those marketed as hybrid use creamy replacements, such as coconut cream or oat milk, rather than the cheaper vegetable oils and shortenings that inexpensive dairy products rely on to reduce costs.

Dairy products with other flavors, such as chocolate milk or herbal cheeses, will also have less noticeable differences from the original because the prominent flavors come from the chocolate or the herbs. It’s the texture that is more important with these products, and the good hybrid ones get this right.

However, people who are used to drinking non-fat milk will probably find the transition to hybrid dairies pretty easy. This is because non-fat dairy products lack richness. Where hybrid dairy products have retained a richness that isn’t quite like full-fat milk but is superior to non-fat.

But the taste won’t be a perfect replica of full-fat milk. For some people, that’s actually a bonus. The hint of almond, coconut, or the sweatiness of oatmeal milks all create a delicious drink that’s milk but with a pop.

Hybrid meats do have some dietary benefits when compared to traditional meats. For example, although they remain high in protein also have dietary fiber, which is something lacking in traditional animal proteins. Hybrid meats are often lower in calories and fat, too.

Hybrid meats, like vegetarian burgers, tend to have far less trans fats. There is also a potential for reduced cancer risk in products that replace half the amount of red meat with a plant-based alternative. This assumption is based on the World Health Origination’s move to list red meat as a “probable carcinogen” in 2015.

Rebel Meat is another brand in the hybrid meat market. They mostly use mushrooms for their plant-based protein, such as king oyster and shitake, and use millet as their binder. Rebel Meat has looked at how their hybrid burger, with 50% plant-based ingredients, compares to the original beef patty.

They found their Rebel Meat Burgers have:

However, as with vegetable burgers and meat replacement burgers, the nutritional benefits of hybrid meats do depend on the brand. Some products use cheap carb-based fillers and maybe some processed soy proteins. Others use actual vegetables and pulses. But consumers are catching on and reaching for the latter.

Reducing meat consumption has been shown to have health benefits. The American Heart Association states that cutting back on meat in an individual’s diet reduces many health risks. These included reducing the chances of:

Much of the health benefits of hybrid dairy are found in the fats. There is a growing awareness that choosing low-fat and fat-free dairy products is not the golden bullet solution. However, full-fat dairy remains problematic due to the types of fats it contains.

Thus, one of the aims of hybrid dairy products is to retain the nutrition benefits of milk while reducing sugar and harmful fats and raising the amount of healthful fats. These blends retain the creaminess that dairy lovers enjoy while reducing lactose and our dependence on animal food products.

Ingredients for Peekaboo’s chocolate ice cream are listed as:

Hybrid meats are reducing meat, not trying to make more of it. In addition, the process of creating hybrid meats is less factory intense as imitation products as they try to utilize what is known in the industry as “clean foods.” So, while hybrid meats are technically processed, in the sense they’ve been cleaned and mashed up to mix with the meat, they are not engineered.

Even some 100% plant-based vegetarian burgers can get the side-eye when it comes to being environmentally beneficial due to the not-so-clean types of processing they endure to produce a “meat imitation.”

Which isn’t to say a hybrid meat burger is as green as people who use thickly sliced grilled eggplant as their burger substitute. But hybrid meats are generally much more sustainable than the original version.

For example, eating a Rebel Meat Burger saves around 3.3 lbs of carbon emission compared to the average 100% beef patty. The Rebel Meat Burger also saves 264 gallons of water and over 10,000 square feet of land. They avoid additives and source their ingredients locally.

Admittedly, not every hybrid meat company produces such figures. But the fact that around half the meat is replaced by “clean foods” makes them a much greener option than eating traditional meat.

Creating Your Own Hybrid Meat Dishes

Not everyone who wants to try hybrid meats has easy access to them. Some of this is availability, and some of this is cost. But you can still start incorporating the practice in your own kitchen. You might not only enjoy the results but discover that it reduces your grocery bill.

The trick is finding vegetable proteins that go well with the dish. Sometimes this is easy to find by looking up recipes for the vegetarian version of what you’re planning for dinner. Then you halve the amount of meat you would typically use and replace it with beans and vegetables such as:

Other helpful hints include:

Is Hybrid Meat, Meat Plant Blends A Soylent Or Our Savior?

Hybrid meat might have a high-tech name, but the quality brands are doing nothing more than merging animal-based foods with plant-based foods. These are a great way to increase vegetables into a diet and keep meat consumption low beyond Mondays.  This is beneficial not only to your health but the environment. 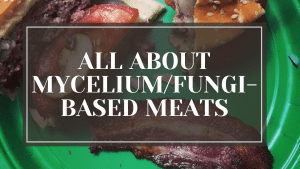 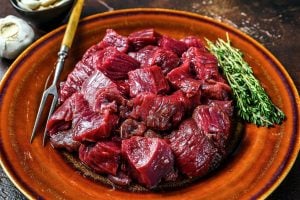 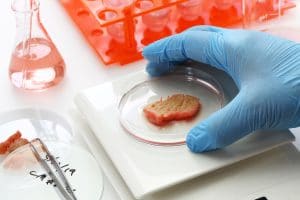 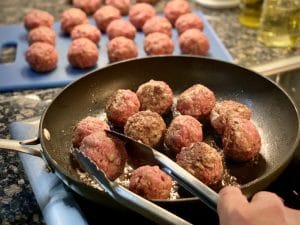 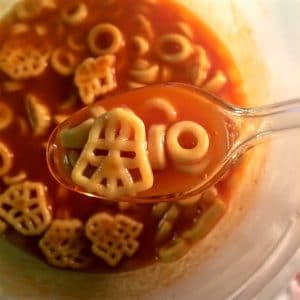 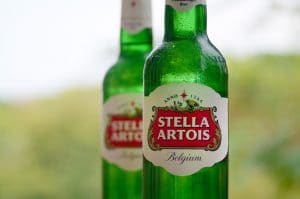 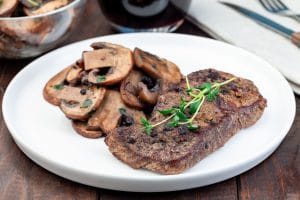 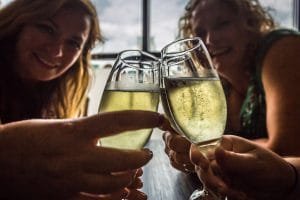 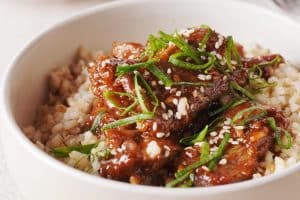 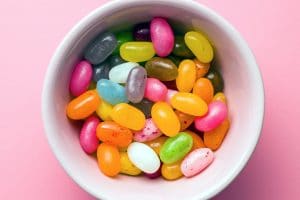