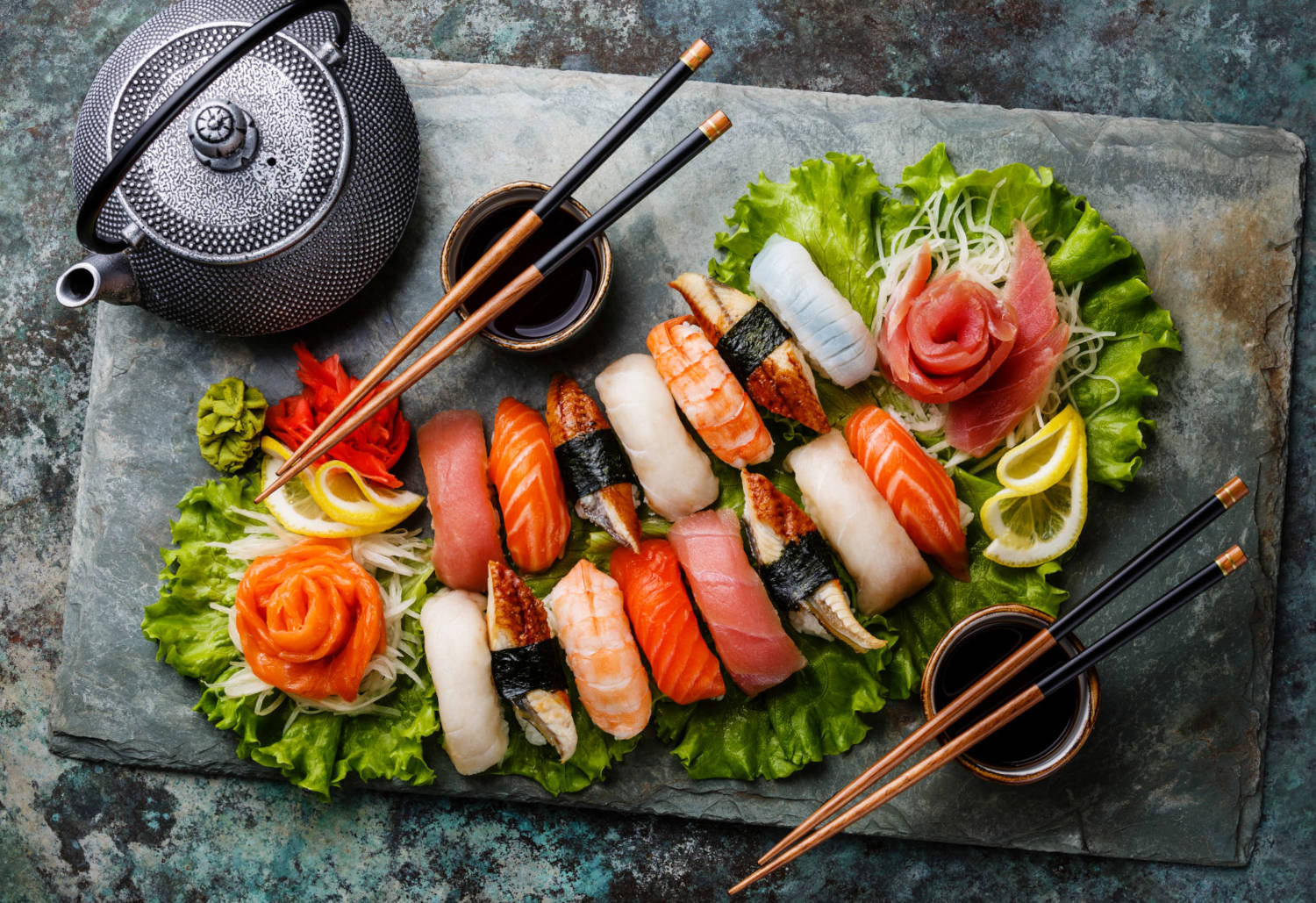 People are often intimidated by sushi, be it the idea of eating raw fish or using chopsticks. But when you weigh the nutritional value, you will know how beneficial sushi is for your body to keep you coming back!

Moreover, some people associate raw fish and meat with sushi, but you will be surprised to know that Nigiri and Sashimi are entirely different. One isn’t even sushi.

The main difference is that Nigiri is sushi made from raw fish, but Sashimi is made with raw meat. Furthermore, sashimi is not sushi as it does not have rice in it.

This article will help you understand the basics of Nigiri and Sashimi and how you can make both of them. Read on to know more!

Nigiri consists of vinegar rice, wasabi, and a raw fish placed on top of rice.

The people then put Wasabi or seaweed on top of the vinegar rice. Then, they again top it with raw fish. But, moreover, they also season this fish with salt and sugar, so it does not really remain raw.

You can use different types of fish like tuna, salmon, and halibut. These fishes have high-fat content so, they remain incredibly soft and melt in your mouth.

The first thing you should know about Sashimi is that it is not sushi. Sashimi does not have rice as its accompaniment, which is an essential part of sushi. Sushi without vinegar rice is not sushi. You can pair it with wasabi, soy sauce, and pickled ginger.

Sashimi is raw meat or raw fish. The meat is thinly sliced and served on a platter, so it means ‘pierced meat.’ You can serve raw fish as well but without the rice.

Difference between Nigiri and Sashimi

Many people often use Nigiri and Sashimi interchangeably, but they are entirely different. Read on to know more about their differences.

Nigiri sushi gets its taste from rice. The vinegar rice is sticky and has a bit of tangy flavor, which compliments well with the smooth and sweet taste of the fish. In addition, the fish is high in fat content which makes the experience even better as it melts in your mouth.

Sashimi has a very creamy texture, and you can make it with fish or meat.

The main component gets its flavor and taste from the accompaniment. Moreover, the flavor enhances manifold if you pair it with soy sauce. You get umami, salty and sweet taste at the same time.

The texture of Nigiri is firm, but it does not imply that it is hard to eat. Instead, the firmness provides an excellent texture to the sushi.

The sushi remains intact because of its firmness, and it melts in your mouth, making it very soft and tender in texture.

Sashimi has an extremely delicate texture. You do not feel the bony structure of the meat or fish if you poke it. Instead, it is soft and also melts in your mouth.

Nigiri sushi pairs best with salmon, which is orange in color.

The white color of the rice and the orange color from the salmon give the dish a unique and colorful look.

If you are using tuna fish, then it will have a red and white color combination. Halibut has a slightly white, pink color, so paired with rice, the overall color remains white-pink.

Sashimi includes different meats, and each meat has a different color. Sashimi is generally served on a platter so you can have a rainbow of colors on it.

The method to prepare both Nigiri and Sashimi is different. Here’s why:

To make Nigiri, take some sushi rice and rinse it properly to get clean rice. Then, put it in the rice cooker with water and cook them on low heat for 15 minutes.

After the set timer, remove it from heat and let it sit for an additional 15 minutes to give it the stickiness.

In a saucepan, pour Japanese Rice Vinegar and mix it with salt and sugar. Mix this vinegar mixture to make your rice.

Meanwhile, slice the fish into thin strips. Then, shape the rice and put a little wasabi on top of it. Further, top it off with the sliced fish stripe to finish it.

To make Sashimi, you need to prepare the fish or the meat first. Leave the meat overnight so that it can be tender.

Then, remove all the scales and bones from it. The muscles will relax overnight, and in the morning, you can cut 2 cm thick rectangular slices of it.

You can use daikon radish, wasabi, or nori as an accompaniment. Put a little wasabi on top and dip the wasabi in soy sauce. Using chopsticks and dipping the meat in soy sauce make for a lovely sushi eating etiquette!

Nigiri and Sashimi are both very healthy to eat. They are beneficial for your health as well and contain very low calories. Major calories are present in the soy sauce; otherwise, the fish or meat used in both does not carry many calories.

Hence, the main differences between Nigiri and Sashimi are the ingredients, type of dish, presentation, and cooking/eating methods.

So, even though both of them have somewhat raw ingredients in them, they’re two entirely different dishes. Sashimi isn’t even sushi technically.

Are Nigiri and Sashimi the same?

No, Nigiri and Sashimi are entirely different.

Nigiri is sushi, whereas Sashimi is just a Japanese dish. In many Japanese restaurants, you won’t find Sashimi in the sushi menu even. The main component that differs between them is rice, and without rice, there is no sushi.

What is the Difference between Maki and Nigiri?

Maki is the most common type of sushi. It uses seaweed as the base, and vegetables, fish, and vinegared rice are rolled into it.

Nigiri, on the other hand, is not rolled onto a seaweed sheet. Instead, you press the rice into a ball-sized shape and place the fish on top of it. 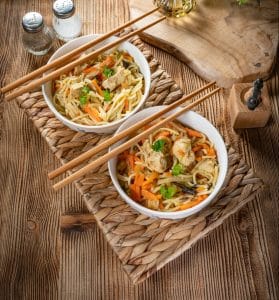 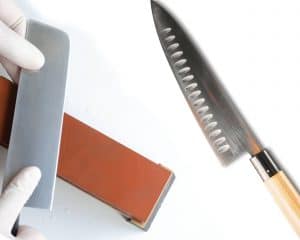 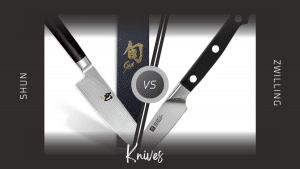 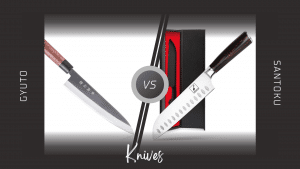 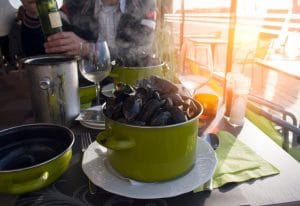 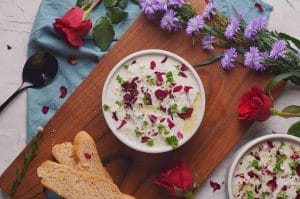 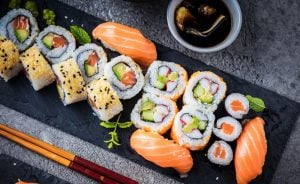