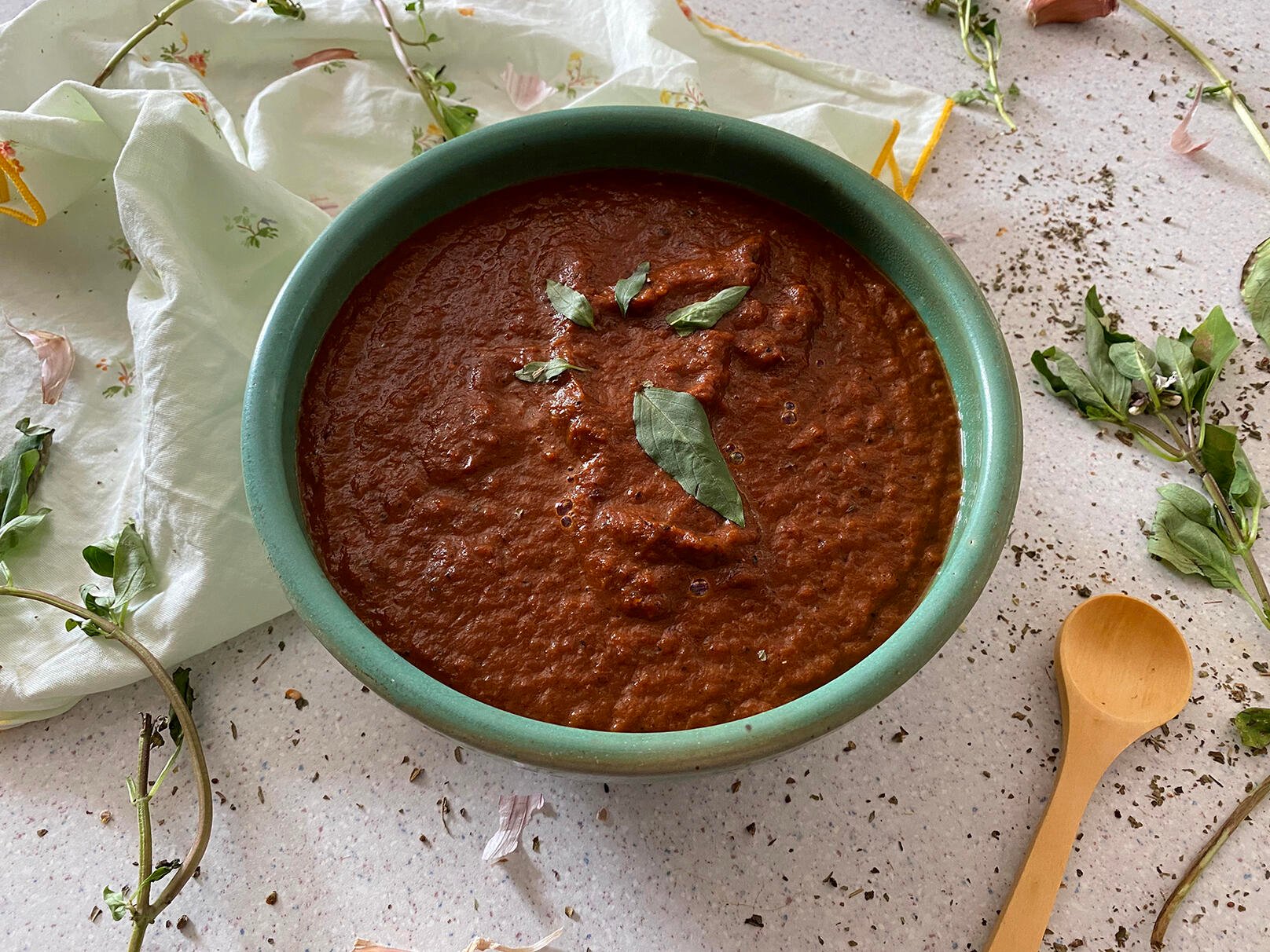 We are at the height of the summer growing season and tomatoes are plentiful. Farmer’s market stalls have baskets and tables full of ripe tomatoes of all varieties. My favorites are beefsteak and heirloom.

Tomatoes are great in salads, sauces, sandwiches, stews, casseroles, soups, and on pizzas. Growing up, I think many of us enjoyed our mom’s tomato soup with a grilled cheese sandwich. Well, my mom’s soup was from the red and white can and I liked it because I knew nothing else.

Homemade tomato soup was something of a challenge for me at first. I struggled with getting the intense deep tomato flavor and the rich, creamy texture that I was familiar with in my youth. I tried dropping the tomatoes in boiling water so I could remove the skins. I scooped out the seeds. I added tomato paste to the broth. I buzzed the soup with heavy cream.

I finally discovered that a combination of really ripe tomatoes and the concentrated flavor of sun-dried tomatoes achieved the depth of flavor I was looking for. The coconut milk added the rich creaminess that I wanted. It also enhanced the inherent sweetness of the tomatoes.

Sun-dried tomatoes are tomatoes that have been dried to remove 90% of the moisture content. This is done either in direct sunlight, a food dehydrator, or a low oven. When they’re dried, the tomatoes shrink and the flavor is highly intensified. Dried tomatoes are often preserved in jars of olive oil.

This recipe for sun-dried tomato soup is super easy, rich in flavor and creaminess, and is vegan, gluten-free, paleo, and keto-friendly. 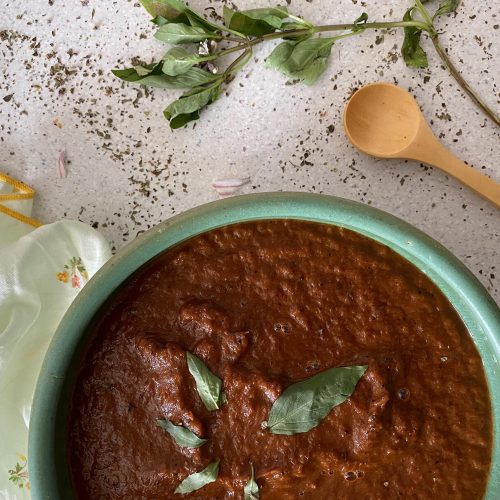 If you are making this soup when tomatoes are not in season, don’t buy hothouse tomatoes. These are usually not that flavorful and the texture can be mealy. My suggestion would be to use a good quality 28 ounce can of diced tomatoes with their juice. Reduce the amount of broth if using canned tomatoes.

You can skip the step of blanching and peeling the tomatoes if you don’t mind the skins in your soup. They will mostly disappear when blended.

When it comes to seasonings, old habits die hard for me. I naturally reach for Italian herbs to flavor tomato soup. This wonderful fruit actually originated in South and Central America. It was brought back to Europe with the early explorers. So, any seasoning really goes, as far as I am concerned. Za’atar is a Middle Eastern spice blend with sumac, thyme, and sesame seeds that is perfect for this soup. Or, go with turmeric, cumin, ginger, cardamom, and a pinch of cayenne for a curry vibe.

A garnish can add flavor, texture, and decoration to any dish. I often like to garnish with something that is already in the dish to let your guests know what to expect. In this case, it is fresh basil leaves. Here are some other garnish ideas to dress up your tomato soup: 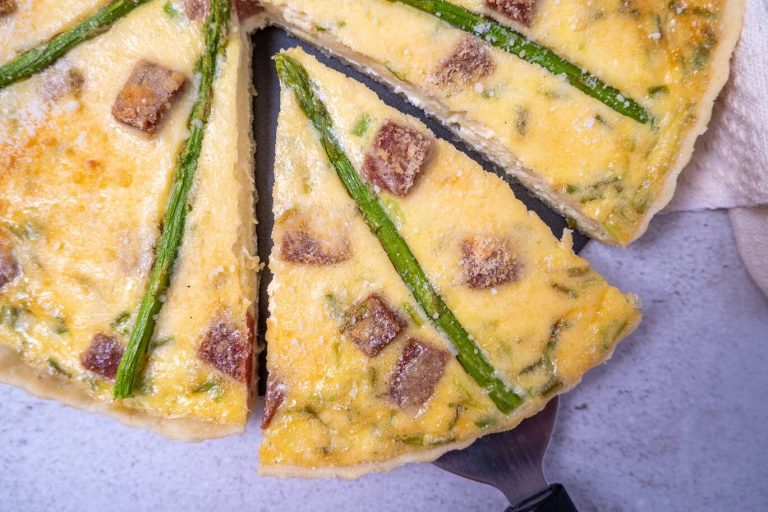 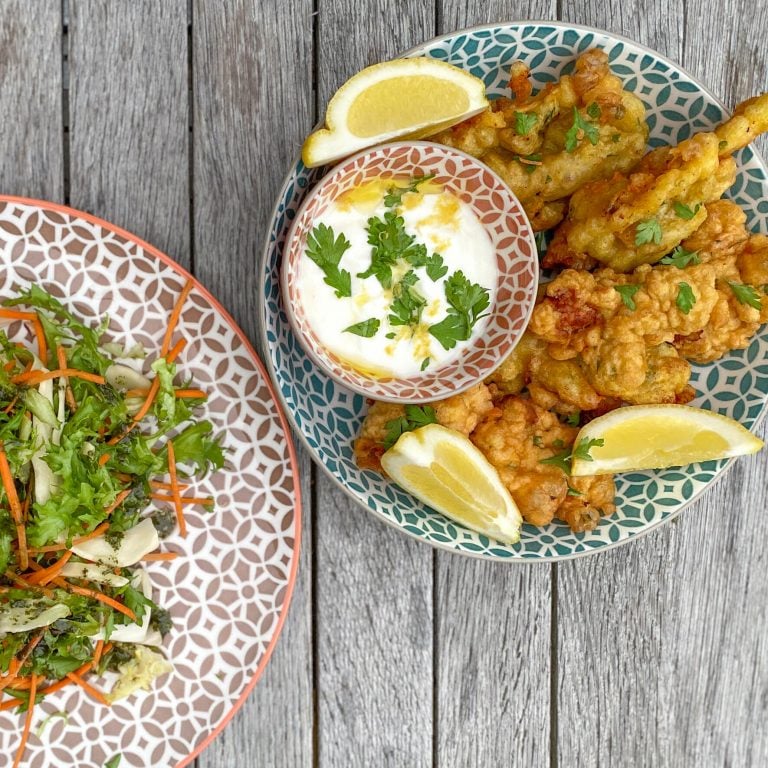 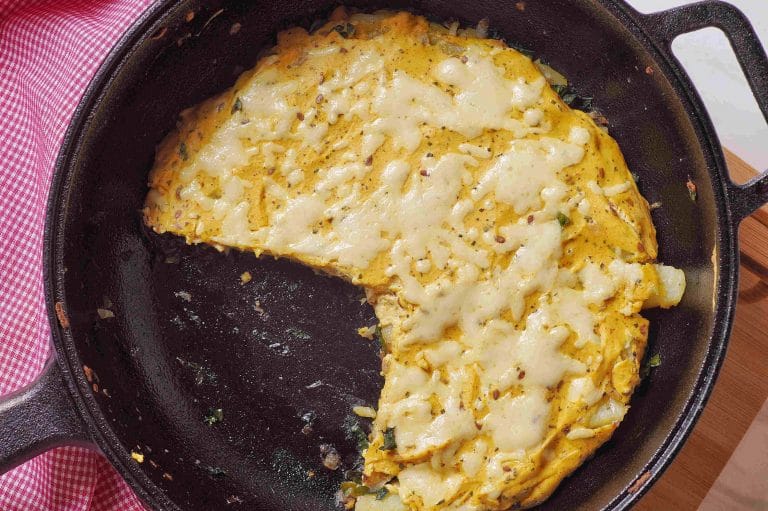 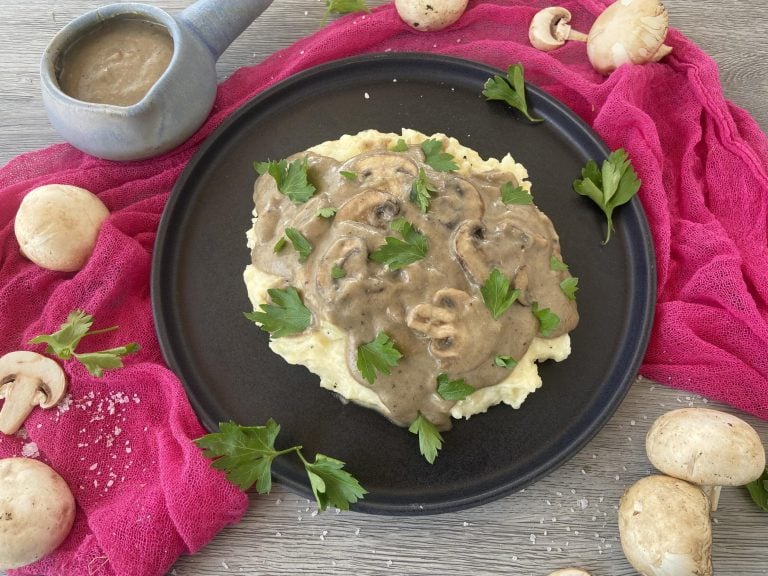 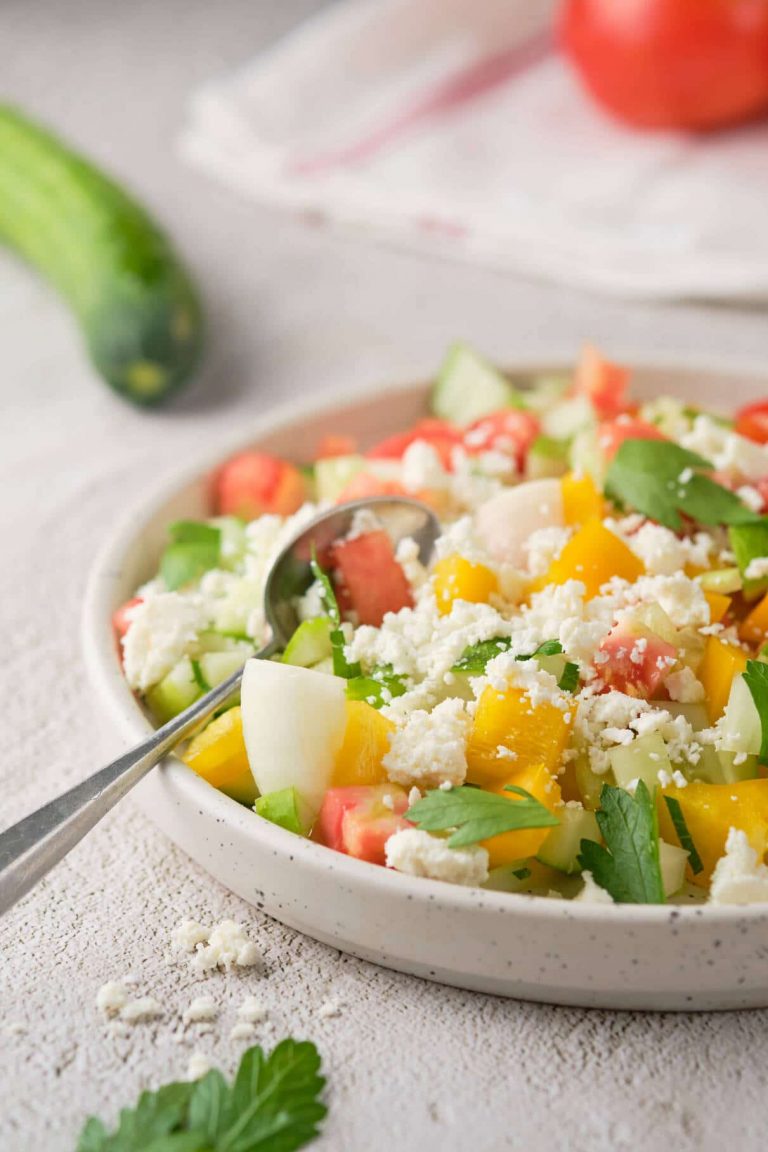