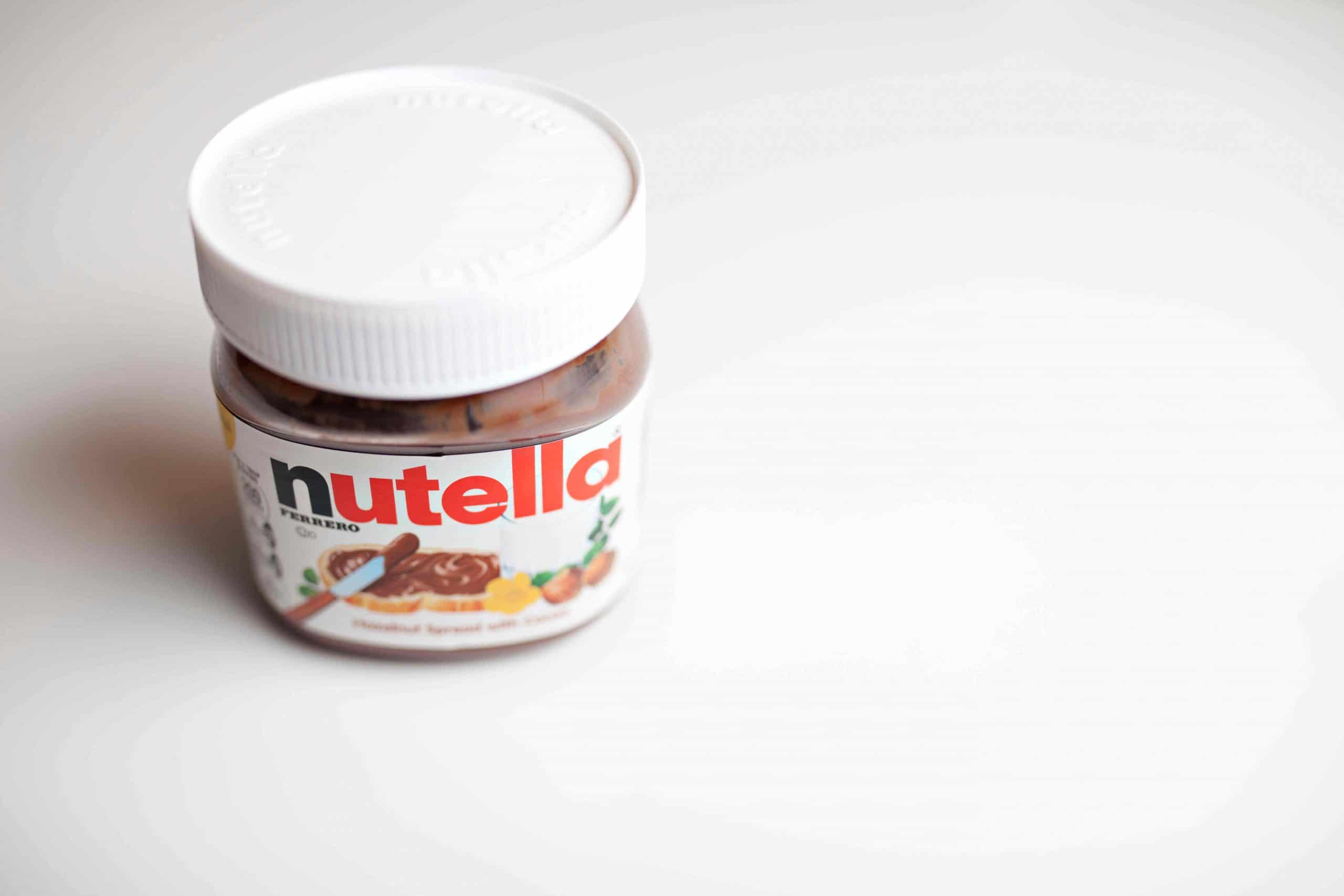 I’m not sure about you, but I occasionally have the Nutella cravings at the most random times. When they come, I have to have it. However, I don’t indulge in Nutella too often without the urge, so a jar lasts me a relatively long time. That got me thinking, does Nutella go bad?

Nutella takes a very long time to go bad even after opening it. But over time, it loses its quality and changes in texture, taste, and smell. It has an expiry date on the jar but can last for over a year unopened. If opened, you can still consume it up to 6 months past its best before date.

It typically seems like a good idea to buy a gigantic tub of your favorite hazelnut chocolate spread and keep it stored in the pantry for use as needed. That isn’t a bad idea, but if you use it very occasionally, you don’t want to keep large amounts at once because eventually, your Nutella will go off. Let’s get into more details about this.

Nutella goes rancid after a very, very long time. You can buy a stockpile of Nutella and keep it in your pantry for up to a couple of years unopened. Once you open it, it lasts around six months or so past its best by date.

It does, however, lose its quality over a few months. You might notice the first sign of that is the change in texture from smooth and creamy to dry and stiff, and eventually even a little crumbly.

Another sign of Nutella going bad is its smell. It might get a sour-ish smell instead of the chocolaty smell it usually has. The last sign is a change in its taste. It might be challenging to pick up if you eat it with other things that mask the flavor.

The sweetness of Nutella can overpower other flavors so if you have an opened jar for a long time, make sure to give it a little taste by itself before using it.

What Causes Nutella To Go Bad?

One of the ingredients that Nutella contains is milk. As you know, milk has a limited shelf-life; even long-life milk goes stale quickly once the seal is open.

Hazelnuts are part of the nut family. Nuts are also commonly known to have a brief storage time, and when they go off, they taste sour and often smell bad. Sometimes you can tell just by looking at them that they have gone stale.

Nutella has a significant amount of oil to help preserve it and keep it smooth. But fats are susceptible to going rancid over time and end up smelling odd, like crayons. Their texture also changes and turns the Nutella into a thick, unspreadable dry, and blotchy mess.

Can You Still Use Expired Nutella?

You can eat Nutella past its best before date. The best before date is simply an indication of the edible life of Nutella at its highest quality. Once you pass the best by date, the quality of the Nutella starts to decrease.

The expiry date is something to take more note of in terms of consumption. Once your chocolaty hazelnut spread is opened, it’s best to avoid eating it because this means the ingredients have passed their edible time frame. However, that generally only applies if the jar is opened and it expires.

If the jar is unopened, you can still keep it past the expiry date, but you should use it up within a couple of days after opening it.

Is It Safe To Consume Expired Nutella?

As mentioned above, if your chocolate hazelnut spread expired while it was unopened and then you opened it, it is safe to consume it for a couple of days at most. Once an edible reaches its expiry date, it means the ingredients are no longer safe to eat.

Due to that, if your Nutella expires after you have already opened it, it is best to discard it because the exposure to oxygen and bacteria makes it very unsafe to consume.

Is It Safe To Consume Rancid Nutella?

If your Nutella is not expired but passed its best by date, you can still consume it if it has not turned rancid.

You can test to check if it is rancid by inspecting the texture, smell, and taste. It will likely start to go off after a few months of storage or sooner if you didn’t store it correctly.

If you find that it may be a little off but still edible, you can indeed eat it as it is not unsafe, but it’s not recommended. It might not be awful because it isn’t expired, and the ingredients are still edible; however, you can still get a little sick or have a case of food poisoning if your body’s digestive system is sensitive.

Can Nutella Get Bacteria?

Bacteria grow in pretty much any food or drink. Nutella contains nuts and milk from dairy – both of which are highly susceptible to the growth of bacteria and mold. Items containing dairy and nuts are more likely to grow bacteria if you store them at hot temperatures or expose them to sunlight. Humidity and not correctly closing the jar’s lid will also cause a spread of bacteria in your chocolate hazelnut spread.

Your jar of Nutella will also grow bacteria and mold if you do not use clean utensils when decanting the spread or if you dip other foods directly into it because that causes contamination.

How To Store Nutella

The best and correct way to store your Nutella is at room temperature in your pantry or kitchen cabinet, where it won’t be exposed to rising heat temperatures or be in direct sunlight.

Your Nutella will not go off if it is in your pantry, contrary to what you might think. It lasts longer if you store it that way, and it says soft and creamy for its main edible period.

Should Nutella Be Stored In The Refrigerator?

Your delicious chocolate hazelnut spread should not be in the fridge. The ingredients will solidify in the refrigerator and become hard. The Nutella will dry out, and it will become difficult to spread.

You might be wondering if you can remove it from the refrigerator and bring it to room temperature before using it. But that will only spoil your spread faster because of the continuous change in temperature and texture. The oil and sugar will keep separating and solidifying, causing white spots in your Nutella, making it chunky and gross.

Can You Freeze Nutella To Preserve It?

Nutella has a shelf life of approximately one year, give or take. Always check the expiry dates before purchasing to make sure you are buying the freshest stock. Nutella is not typically something you would want to freeze unopened because its lifespan is pretty long anyway.

If you consider freezing your Nutella to preserve it, you can freeze your chocolate hazelnut spread after you have opened it. The point in doing that would primarily be because your Nutella has already been standing for a few months, and you aren’t making use of it but don’t want to use it. You can then freeze it to use at a later time.

If you end up freezing your spread, keep in mind that the texture probably won’t be the same once it is thawed. It will most likely be slightly blotchy, and the ingredients will have separated.

You can use it for baking and melting after freezing and thawing instead of the typical way of spreading and eating it fresh. You will also want to use it up within a day or two at most. Anything longer than a couple of days will probably spoil the texture of your recipes, and you might even get an odd taste.

How To Prevent Nutella From Getting Chunky

Nutella will get chunky if it separates and solidifies too often. That often happens in the refrigerator or once it starts to get rancid.

When you open a new Nutella jar, sometimes you will find that there will be a layer of oil at the top. While you might think that you should pour the oil out and discard it, that will only make it dry faster.

The best way to go about it is to stir the chocolate spread all the way through to mix the oil in, as that will help your Nutella stay creamy and preserve its lifespan. Oil is a preservative, after all.

Another way to prevent your Nutella from getting chunky is to keep it at a constant temperature (room temperature) in your pantry to avoid solidifying and separating.

Homemade Nutella will go off much quicker than the store-bought jars. That is because homemade Nutella usually contains more fresh ingredients with fewer to no preservatives. Store-bought products have an excess of different fats and other preservative components to intentionally extend the shelf life for months to possibly years.

Homemade Nutella will generally store better in the fridge, which means you will have to allow it to return to room temperature for a little while before using it. If you leave it out, it might start to ferment, becoming rancid and not edible.

The ingredients of homemade Nutella may contain less liquid. Still, because the elements combined can affect each other, and all food is naturally prone to bacteria and mold, your delicious homemade chocolate spread can surely go rancid.

At most, homemade Nutella will last for about two weeks in your cabinet and a month in the refrigerator before you have to discard what you haven’t eaten.

Will My Nutella Go Bad Faster If I Dip Food Directly Into The Jar?

Yes. Dipping crackers, marshmallows, and strawberries directly into the Nutella jar seem like an easy, no-dishes, and fun way to eat it, but the juices, crumbs, and flavor can get into the Nutella. That will change the taste and can contaminate your chocolate spread causing bacteria to grow. Your Nutella will go rancid much quicker if that happens. 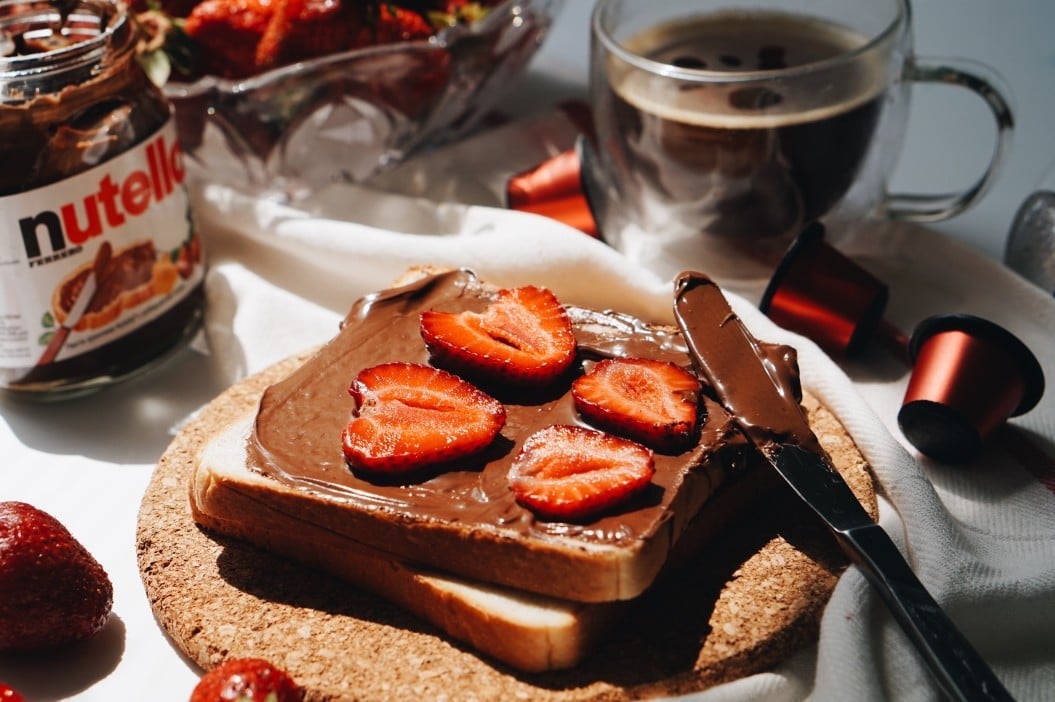 Can I Add Oil To Homemade Nutella To Help Preserve It?

You can add oil to homemade Nutella. However, it might give you a week extra. Keep in mind that store-bought Nutella has several other preservative elements to make it last with the addition of the factory-made method of mixing and packaging. Homemade is still fresher, and therefore it will go rancid much quicker.

How Can I Use Up Old Nutella Before It Goes Off?

If you notice your Nutella is starting to get old and dry or has possibly turned rancid, but you don’t want to discard it and cause wastage, you can still use it. Instead of eating it as a dip or spread for sandwiches and toast, you can use it as an ingredient for baking. If it is already dry, melt the spread in a microwave-safe bowl to soften it a little bit before adding it to your recipes.

Can Store-Bought Nutella Already Be Rancid When Purchasing?

It is not likely that Nutella will be rancid when purchasing unless the store is selling old stock. Always check the label shows an expiry date a year or more from the day you buy it. Keep your receipt and return it immediately if you find it is rancid after opening.

Nutella can last you a genuinely long time if you follow the proper storage and usage methods. It will go off eventually, but there are ways to check if it is rancid, as mentioned in the article.

You can still use it after it turns rancid, but it is best to discard it or freeze it before it goes stale. An unopened jar of Nutella will still be safe to use even after the expiry date, considering that you stored it properly. 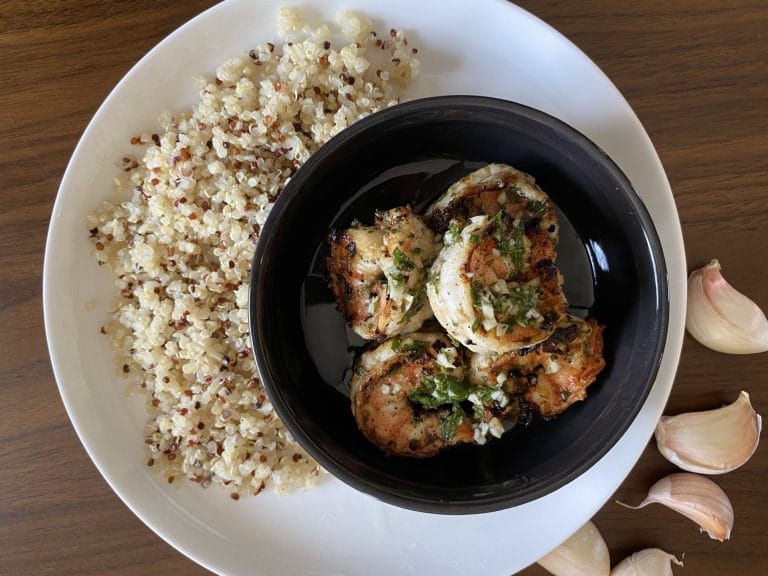 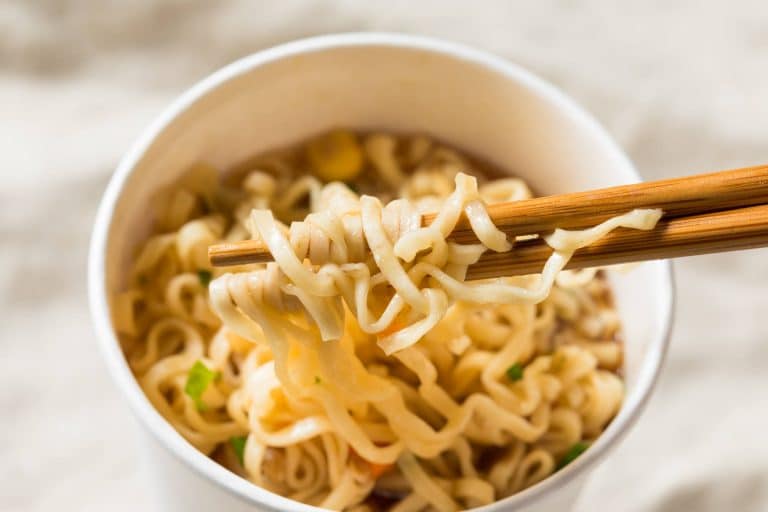 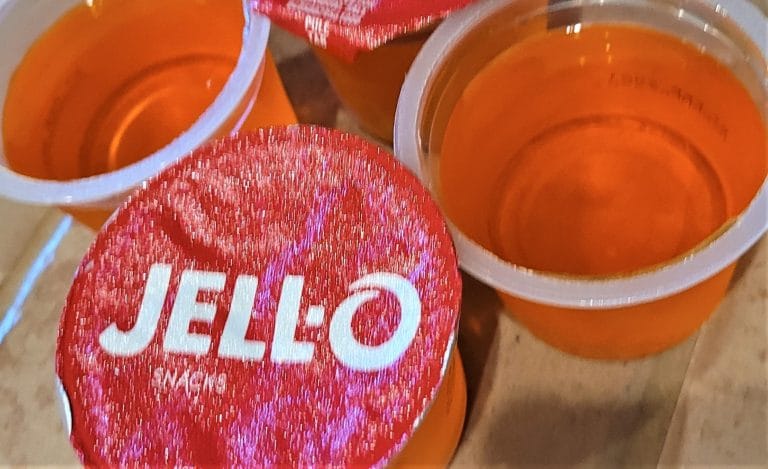 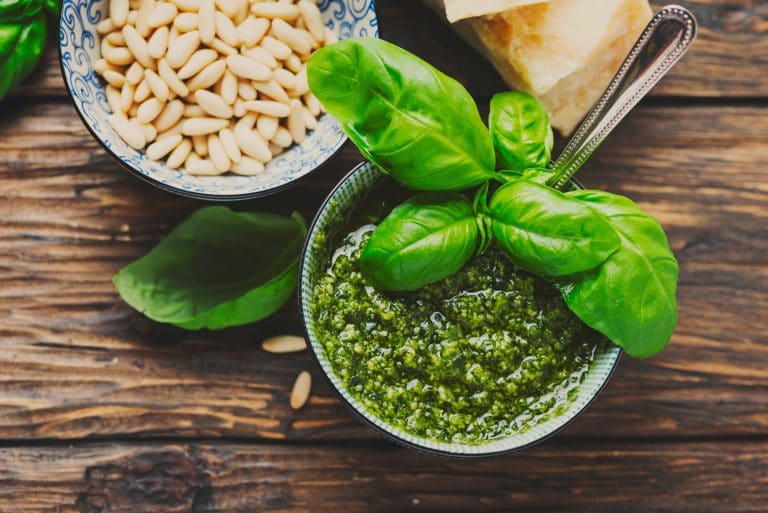 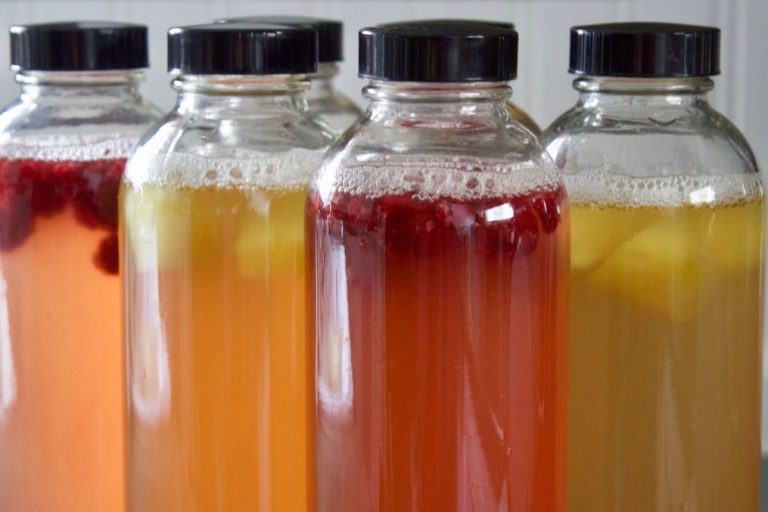 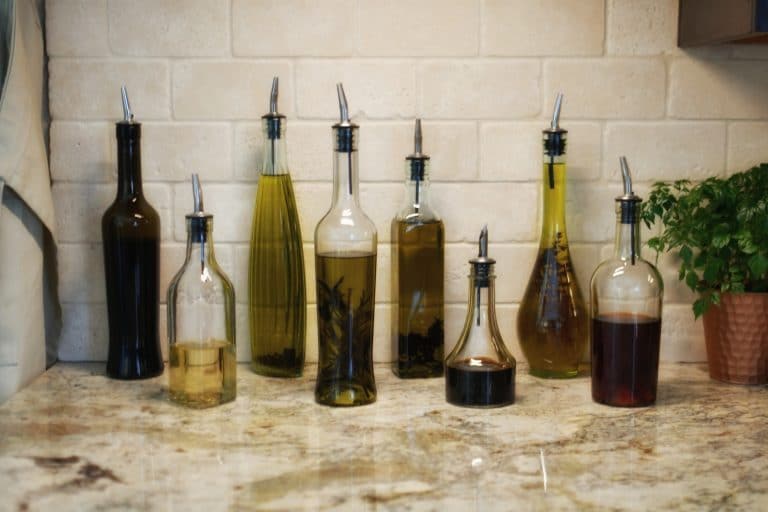