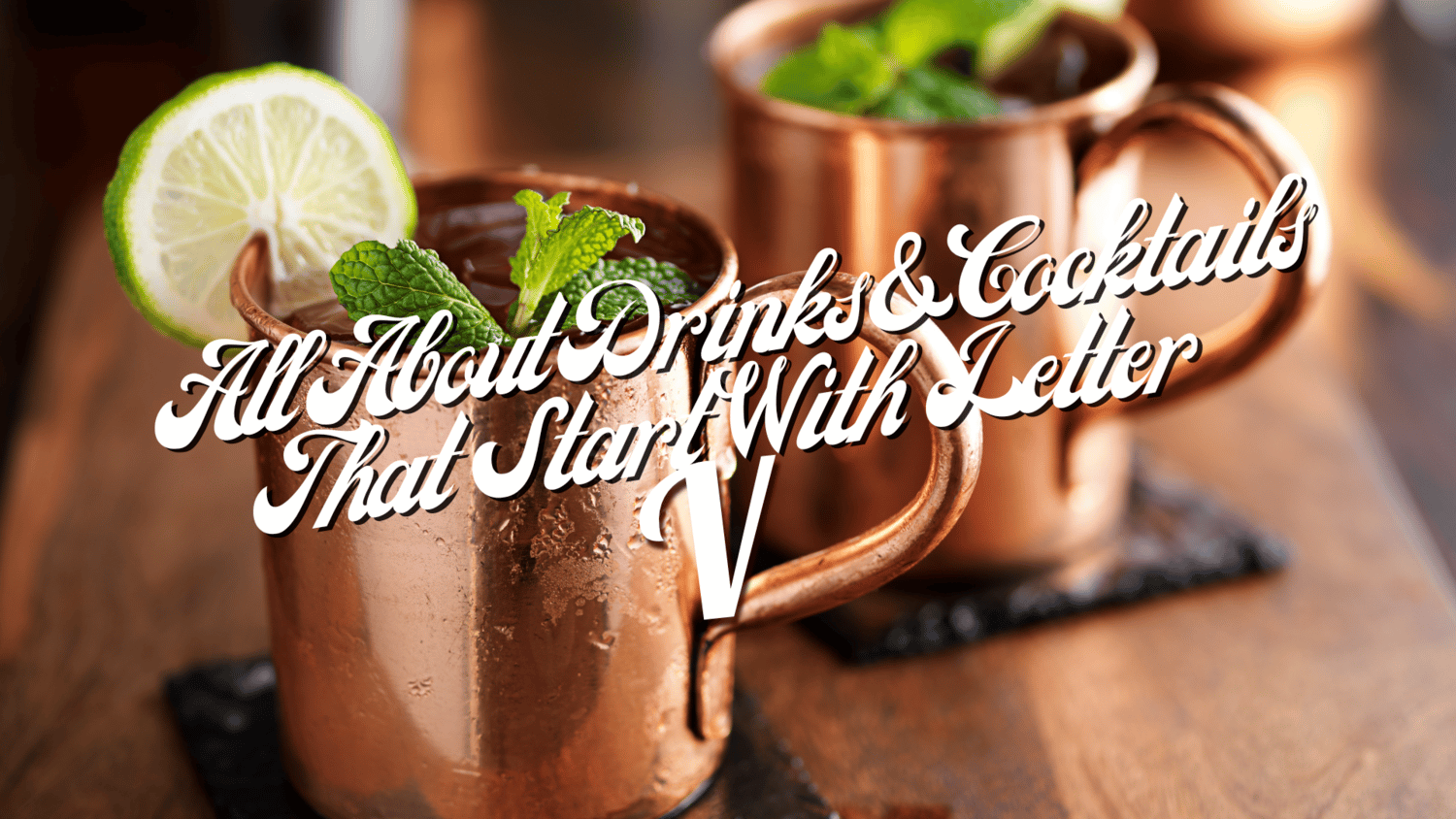 V is for vodka variations among other awesome cocktails. The V list of cocktails features many classic spinoffs that substitute vodka for their star ingredient. The V list also features a handful of vanilla concoctions worth noting. From sweet after-dinner drinks to sophisticated cocktails, the V drinks are a colorful batch.

The Valencia Cocktail was invented in 1959 in a cafe in Valencia, Spain. Challenged by patrons looking for something new and refreshing to sip on, a bartender got to mixing and came up with this tasty beverage. Of note, a Valencia Cocktail is a mix of vodka, gin, champagne, and orange juice. It’s made over ice in a highball; it’s the perfect drink for cooling off on a hot summer’s day.

This blood red cocktail was named so for its blood red color. A colorful and fruity Martini-like cocktail, the Vampire’s Kiss is especially popular around Halloween. The berry-flavored Vampire’s Kiss is made with vodka, raspberry liqueur, lemon juice, and grenadine. The ingredients are shaken in ice and strained into a martini glass over dry ice. The dry ice makes the sanguine concoction bubble and smoke, looking all the more spooky. Drink up if you dare!

Perfect for satiating your craving for something tropical, the Vanilla Sky is a vodka drink worth trying. The Vanilla Sky recipe likely hails from a cruise ship or island resort, though its roots aren’t entirely clear. Nevertheless, a Vanilla Sky is made with vanilla vodka, orange liqueur, almond syrup, lime juice, and pineapple juice. The sweet combination of ingredients is shaken and strained over ice into a highball and garnished with a pineapple wedge and mint leaves.

The Velvet Hammer was created and hit its stride sometime in the mid-1970s. It didn’t remain popular for long and is now considered a vintage cocktail. The Velvet Hammer is a sweet and creamy dessert drink that deserves a comeback. Notably, the Velvet Hammer is made with creme de cacao, cognac, orange liqueur, and heavy cream. These components are shaken and served over ice in an old fashioned glass.

The Very Berry Cosmo is just what it sounds like, a twist on the classic Martini-like Cosmopolitan cocktail. Created especially for the Van Gogh brand of Acai-Blueberry Vodka, the Very Berry Cosmo is sweet yet light and uber palatable. Notably, this cocktail is made with the aforementioned vodka as well as a raspberry liqueur, orange liqueur, and cranberry juice. The mixture is shaken over ice and strained into a chilled martini glass and garnished with a few fresh blueberries.

First featured in a 1952 publication of a cocktail guide called “Bottoms Up,” the Vodka Martini is nearly as popular as its classic counterpart, the Gin Martini. A Vodka Martini, like its classic counterpart, is made with the vodka of your choice and a dash of dry vermouth. Just like this cocktail can be made with your choice of vodka, bartenders will commonly ask if you’d prefer your Vodka Martini on the rocks or straight-up. The latter would be served chilled in a martini glass while the former would be served on ice in a rocks glass. It’s also your choice to garnish your Vodka Martini with a lemon twist or olives.

Which of these fine V cocktails is speaking to you? From refreshing quenchers to uppity Martinis, the V list runs the gamut of drink type and flavor profiles. Whether you’re a vodka connoisseur or a vanilla lover, you’ve come to the right place. Consider trying one of these tasty V cocktails soon. 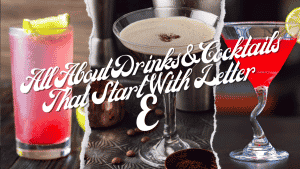