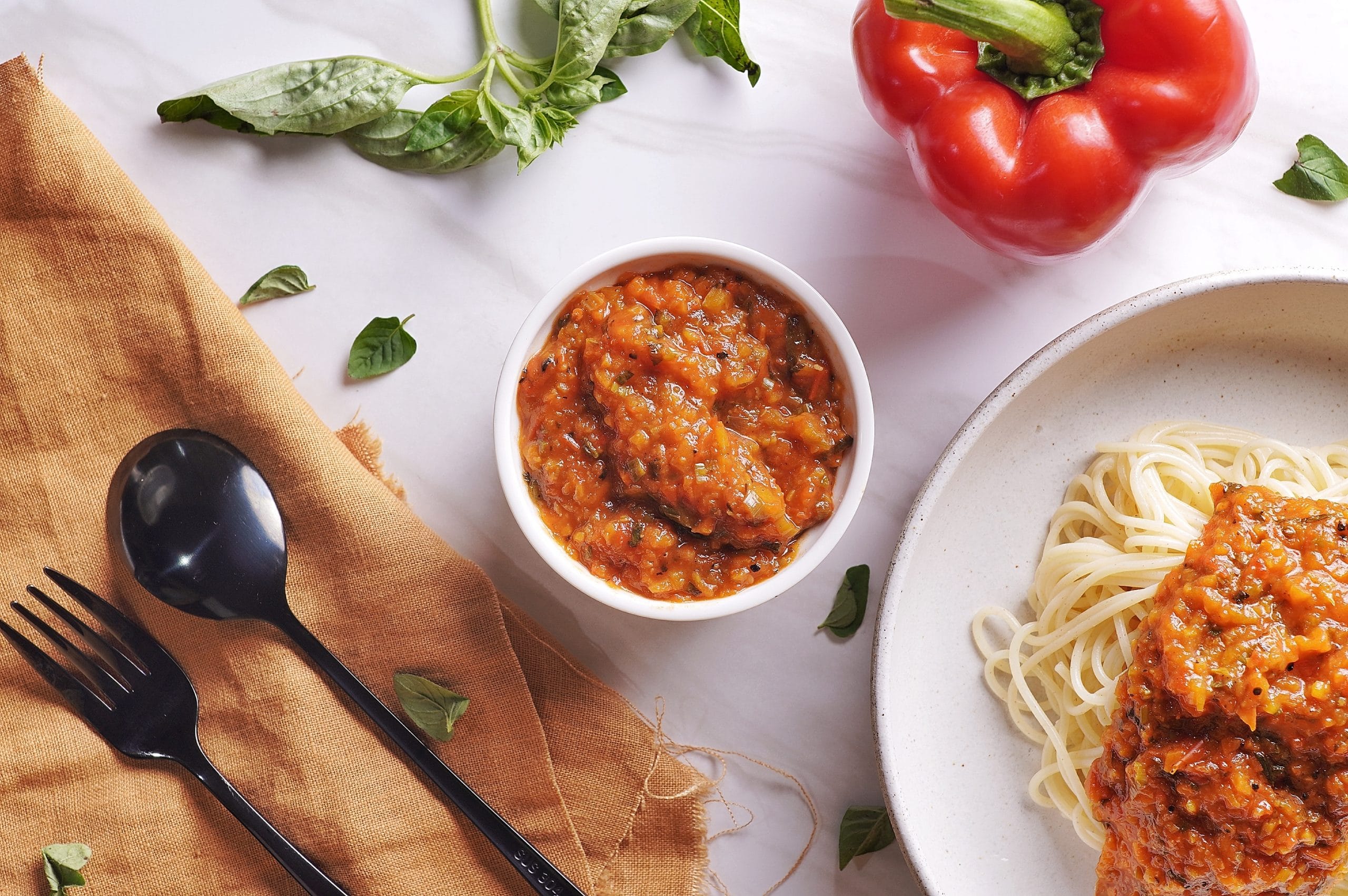 There’s no problem being on an elimination diet when you’ve got rich, decadent spaghetti sauce like this. We’ve got a low FODMAP spaghetti sauce recipe that packs authentic Italian flavor that’s up there with the best sauces around. Serve it as is or add your favorite protein, either way, it’s a marinara that no one will ever forget. 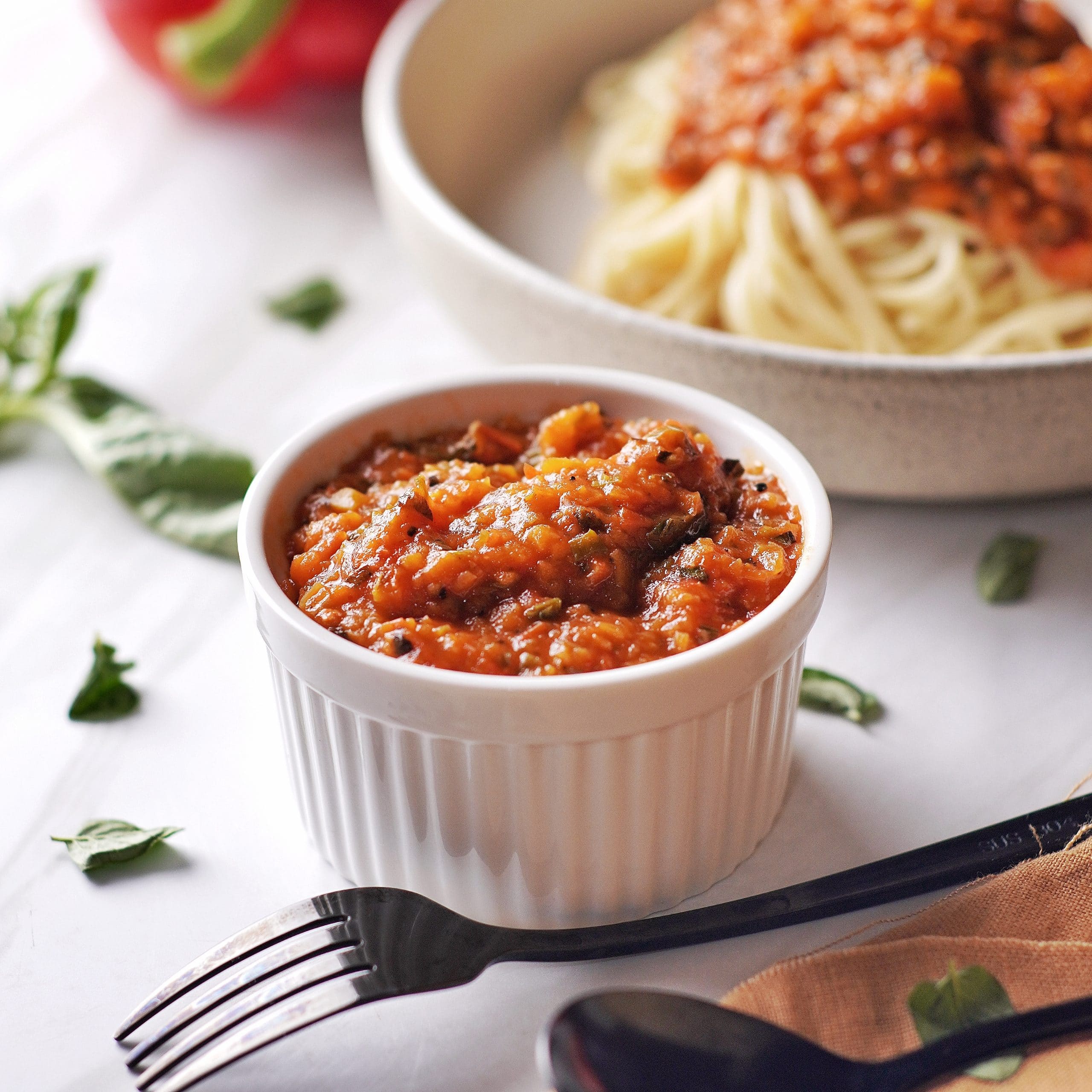 Our low FODMAP spaghetti sauce doesn’t contain any protein, but it’s versatile enough to be cooked up with just about any meat or vegetable preferred. Carnivores should consider browning half a pound or more of lean ground turkey just after sauteing the onions and garlic for the healthiest option. Cook for fifteen to twenty minutes while pouring off any excess fat, and then proceed to add the tomato and follow the rest of the recipe. Otherwise, go for the classic combination of a 50/50 mix of ground pork and ground beef. The flavor is unbeatable, and unprocessed meats are low FODMAP.

Vegetarians and vegans can consume this spaghetti sauce as-is atop their favorite pasta, but we have several suggestions to add more substance to the meal. Oyster mushrooms are the only low FODMAP shroom but fortunately also a tasty addition that holds form well throughout cooking. Add two cups of chopped sauteed oyster mushrooms to our spaghetti sauce, and you’re safely delivering half the FODMAP allowance at half a cup per person or less if serving more than four.

If you’re opposed to oyster mushrooms or would prefer a different protein, quinoa is a great option. The texture comes out especially appetizing if you add both a cup of quinoa and a can of lentils. Lentils are low FODMAP at a serving size of half a cup per person

What Type Of Pasta Is Low FODMAP?

Any pasta made from rice, corn, or quinoa is free game for anyone on a low FODMAP diet. For our low FODMAP spaghetti sauce, you’re looking for something light like brown rice pasta or soba noodles. Be sure to keep the serving size at ⅓ cup per person, and you’re safely within low FODMAP limits. Otherwise, serve zucchini noodles and eat as much as you want.

As long as you stick to fresh tomatoes, you’re ensured low FODMAP levels. Unfortunately, once one switches to canned tomatoes, the fructose is far higher. Only three-quarters of a cup per serving is considered safe, so rather avoid tinned tomatoes completely. We suggest that you keep to elongated varieties of fresh tomatoes so that they’re packed with flavor instead of moisture without any risk of causing gastrointestinal discomfort of any sort.

Is Spaghetti Sauce OK With IBS?

Red sauces typically trigger gastrointestinal distress for IBS community members due to containing garlic, onions, and high sugar concentrations. Most commercially produced red sauces such as tomato and marinara are only high FODMAP because of those three ingredients. Our low FODMAP spaghetti sauce should not trigger any discomfort. There’s nothing that’s difficult to digest and nowhere near as much fructose as forms in a tin of tomato paste or tomato puree.

What To Serve With Low FODMAP Spaghetti Sauce?

Spaghetti sauce is, of course, best served on spaghetti. Unfortunately, only small servings of wheat pasta are suitable for those on the low FODMAP diet. As long as you stick to half a cup of cooked pasta, our spaghetti sauce can safely be served on regular spaghetti. For those who can’t limit themselves to that little pasta, gluten-free pasta varieties made with rice, corn, or quinoa are safe up to a serving of one cup per person. For an unforgettable filling meal, serve up this spaghetti sauce with our low FODMAP meatballs and spaghetti. 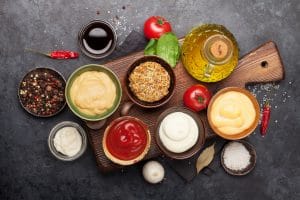 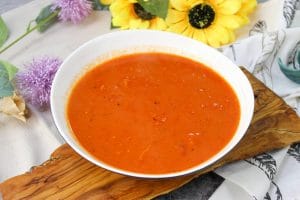 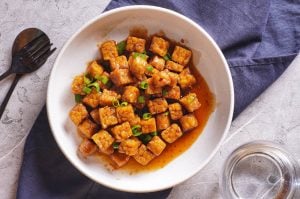 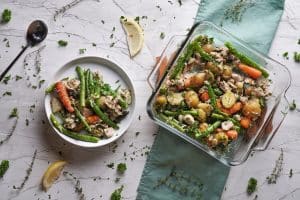 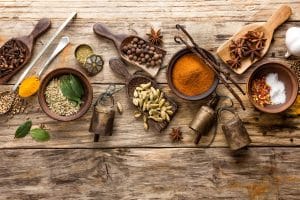 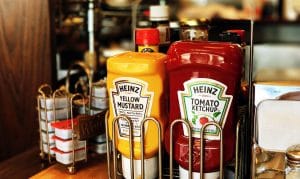 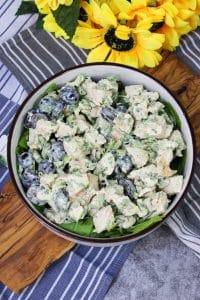 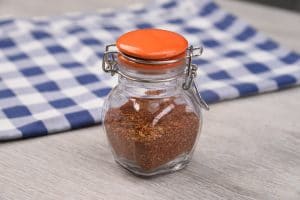